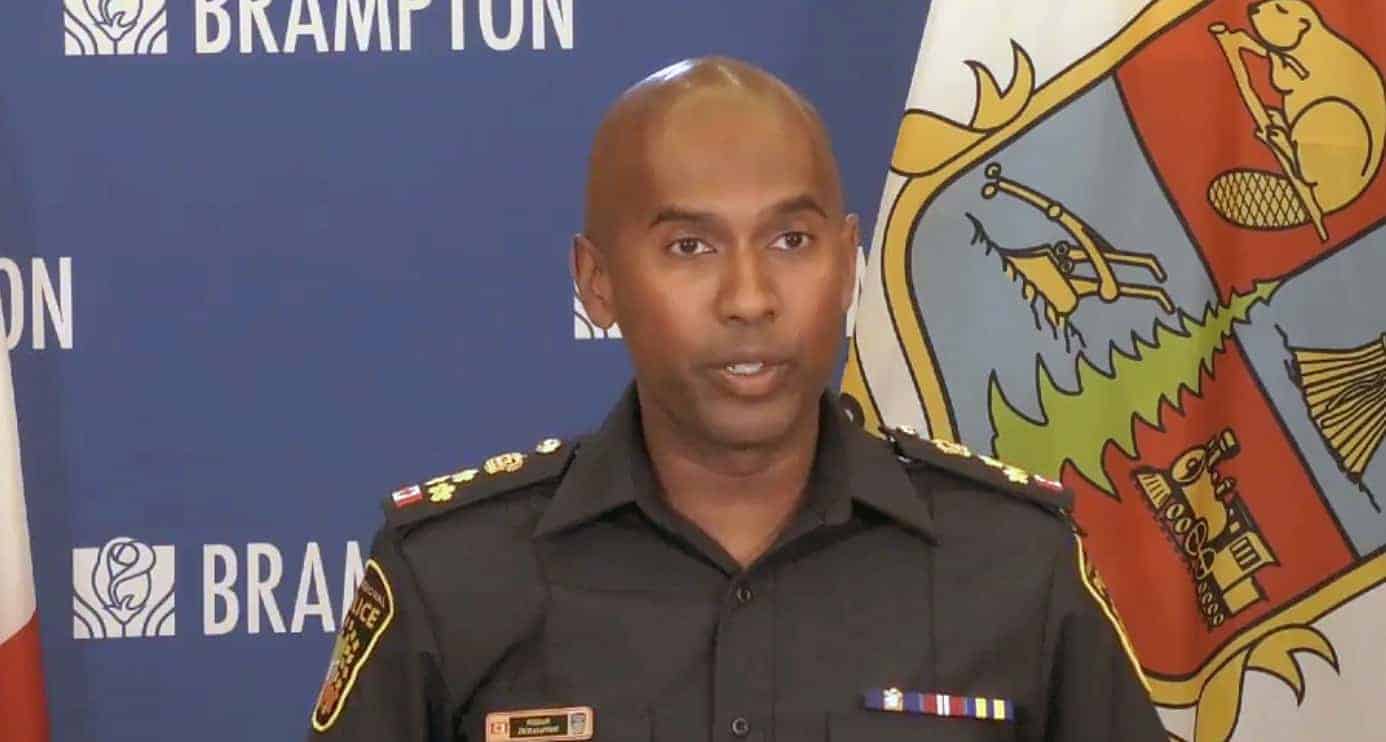 Police will provide an update tomorrow (Sept 15) on their investigation into the armed rampage across Mississauga, Milton and Hamilton that left a police officer and a business owner dead.

On September 12, a gunman approached Toronto Police Cst. Andrew Hong from behind while the officer ate lunch alone in a Mississauga Tim Hortons. Hong, 48, was in town on a training exercise.

The gunman then shot Hong from behind in an “execution style” attack, described as an “ambush.” Hong, a 22-year Toronto police veteran and father of two died on scene. Another victim was also shot and suffered “life-altering” injuries.

The suspect tried and failed to take Hong’s gun before fleeing the scene in a stolen Jeep. From the Tim Hortons the suspect drove to an auto body shop in Milton. He opened fire on the shop injuring two and killing the owner, Shakeel Ashraf, 38, another father of two.

Next the gunman fled to Hamilton where Halton and Hamilton Police officers tracked him to a local cemetery. While police initially reported they had the gunman in custody, the Special Investigations Unit (SIU) later reported the suspect had been shot and killed.

The SIU investigates any interaction with police that results in death or injury. They later confirmed they had spoken with 19 witness to the event many of whom confirmed 4 officers fired at the suspect.

Toronto Police Chief James Ramer confirmed Hong’s identity in a joint press conference. After the presser, police officers lined the street in silent vigil while a motorcade of Hong’s colleagues in the TPS Motor Unit escorted his body from the scene.

In a later statement the Hong Family thanked law enforcement and the wider community for it’s outpouring of support. Numerous leaders and first responder organizations extended their condolences.

The Hong family described Hong as, ““He was a man of steel on the outside with a warm teddy bear personality on the inside.”

Ashraf was identified the following day and was remembered as a “devoted husband” who “vowed to provide his children a better future” by family. Ashraf was buried on September 14. Toronto police have yet to confirm details of Hong’s funeral.

The Canadian Press later identified the suspected shooter as, Sean Petrie, 40, a man with a long criminal history connected to “property crimes, robbery, drug trafficking, and weapon possession,” according to the Parole Board.

PRP confirmed that Peel Chief Nishan Duraiappah, Halton Chief Steve Tanner and Mississauga Mayor Bonnie Crombie will all attend a press conference tomorrow to provide an update to their investigation.

Police have not indicated what will be shared in the presser held Thursday September 15 at 10 a.m.