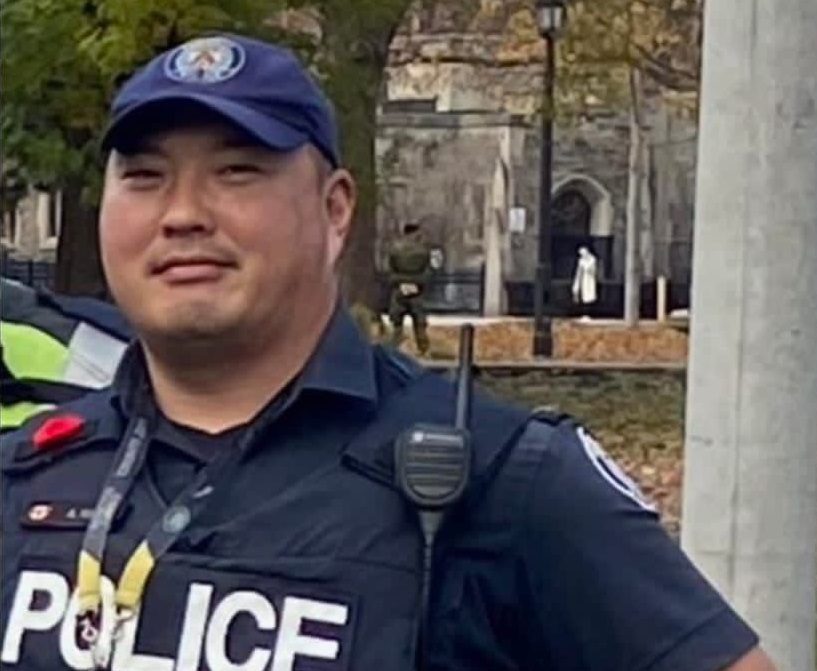 A Toronto police officer who was shot and killed as he ate lunch yesterday afternoon (Sept. 12) at a north Mississauga coffee shop was “ambushed” while on a break from a police training course.

Toronto Police Const. Andrew Hong, 48, a 22-year veteran of the force and father of two, was reportedly shot “execution-style” from behind just after 2 p.m. as he sat alone at a table inside the Tim Hortons near Argentia Rd. and Winston Churchill Blvd. in the Meadowvale area of Mississauga.

According to reports, the shooter then tried unsuccessfully to take the slain officer’s gun from his belt before stealing a Jeep Cherokee and fleeing the scene.

Less than an hour after the Mississauga shooting, authorities believe the same gunman showed up at an auto repair shop near Bronte Rd. S. and Main St. in Milton, where he shot three other people, one fatally.

We extend our thoughts and deepest sympathies to all families, loved ones and responding Emergency Responders affected by today’s tragic events. To @TorontoPolice colleagues of Cst. Andrew Hong, his friends and family, we offer our sincerest condolences. #heroinlife

The man killed in Milton was Shakeel Ashraf, a father of three and owner of MK Auto Repair.

The suspect quickly fled the Milton scene and eventually wound up in Hamilton, where he was shot and killed by Halton Regional Police during an attempted arrest.

Ontario’s Special Investigations Unit (SIU), which probes incidents involving police and civilians where serious injury or death is involved, is now investigating the shooting of the suspect.

Hong, a married father of two being remembered by friends and colleagues as a “gentle giant,” was participating in a training exercise along with other motorcycle officers when the group decided to take a lunch break.

It’s not known where his colleagues chose to have lunch, but the Toronto Police officer wound up alone at Tim Hortons.

CP24 reported today (Sept. 13) that after Hong was shot, the gunman tried to retrieve his service pistol from its holster, but was unable to get past a safety lock.

Peel police are now coordinating a multi-jurisdictional investigation into the shootings, which in total left two people dead and three injured.

The chase for the suspect ended about two hours after the first of two reported shootings Monday afternoon when Ontario’s police watchdog, the SIU, says officers shot the man, who had been tracked down in a Hamilton cemetery.

Police have yet to release the name of the suspect they say is responsible for the shootings.