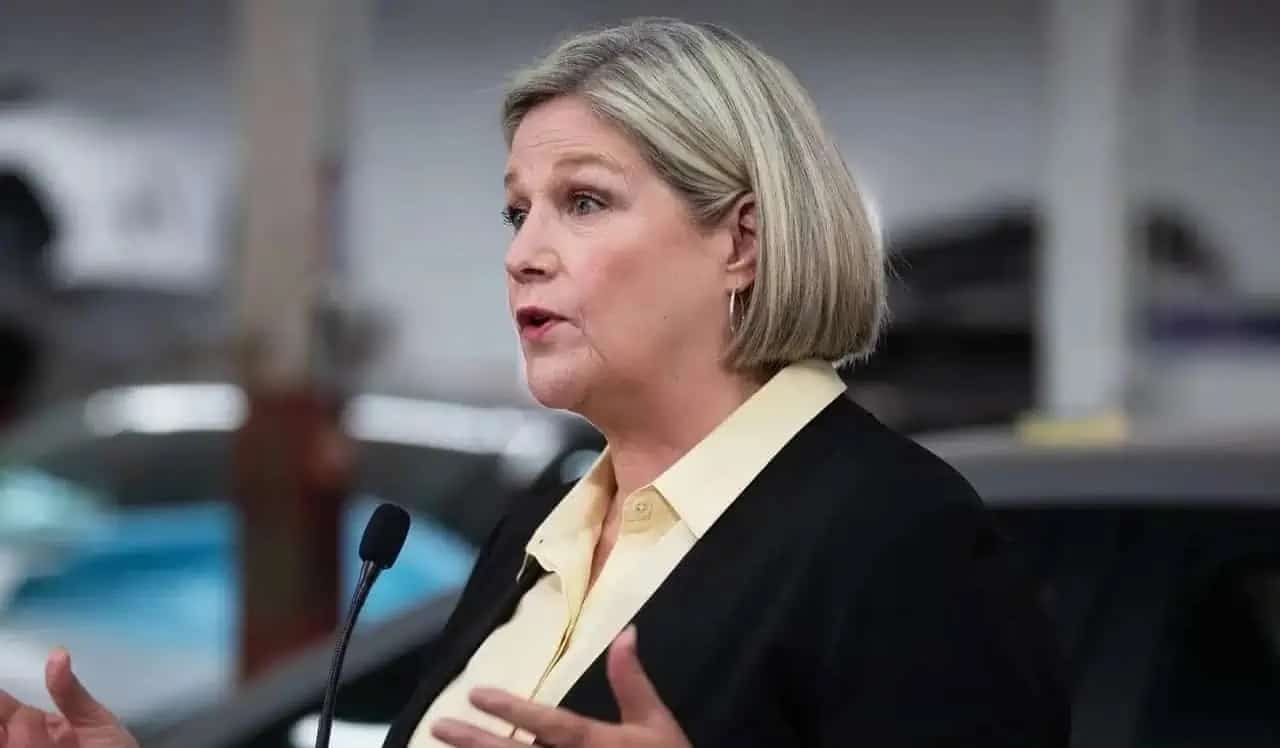 On Friday, the Environmental Registry of Ontario made more than 100 revisions to the City of Hamilton official plan, nixing several city policies that are intended to encourage the growth of more affordable, climate-friendly, family-friendly housing. The edict from ERO opens up some 2,200 gross hectares in Hamilton to development, but it appears there has already been pushback.

The announcement also came while the governing PC Party flip-flopped on a promise not to touch Greenbelt lands. It announced it was making a move akin to what Municipal Affairs and Housing Minister Steve Clark previously called “a land swap” — opening up 3,000 hectares for housing, while adding 3,800. That is part of Bill 23, the More Homes, Built Faster Act.

Premier Doug Ford, on more than one occasion, has said, “we’re not gonna touch the Greenbelt.”

The group StopSprawl HamOnt (SSHO) organized an anti-Bill 23 rally outside of the Hamilton East—Stoney Creek constituency office of Tourism, Culture and Sport Minister Neil Lumsden’s office on Sunday. Protesters supporting the job action by CUPE-OSBCU against the set-to-be-repealed Bill 28 (the Keeping Students In Class Act) were also demonstrating at the MPP’s office on Monday morning. At noon, CUPE-OSBCU announced it had accepted an offer from Ford to re-enter negotiations since the bill will be withdrawn.

City council voted 13-3 on Nov. 19, 2021 — after months of competing organizing from local groups such as SSHO and builder associations alike — to commit Hamilton to a “firm urban boundary.” While the province has highlight-deleted that, Mayor-elect Horwath and other councillors stated it cannot stand.

Horwath appeared to refer to studies that point out that the more sprawl, the greater the cost to city services. For instance, Hemson Consulting Ltd. recently undertook a study for the City of Ottawa, which has the same old city/sprawling suburbs lay of the land. It found that high-intensity infill development saves a city $606 per person, while serving low-density homes adds a $465 per capita cost.

In fact, Hamilton's firm urban boundary plan includes affordable housing, yet the plan announced by the province today increases costs for municipalities and leaves us less able to build the housing we need. (3/4)

One of the incumbents on council, Ward 8 Coun. John-Paul Danko, called the move “nothing short of an historic betrayal of the current and future residents of (Hamilton).” Danko also pointed out that the city would still have to approve funding city services on any farmland (also known as the whitebelt) and Greenbelt spaces, and suggested Hamilton already has enough surplus land to increase housing stock by 50,000 over the next decade.

“We can and will resist,” Danko wrote on Saturday. “(One), growth cannot proceed without servicing. I see no reason (Hamilton city council) would approve funding servicing for any of this land … (Hamilton) has 829 surplus acres of land until 2031 — there is no immediate need to build beyond the current boundary.”

@fordnation's decision to force sprawl growth for the next 30 years – using every single acre of available farmland – and portions of the greenbelt – is nothing short of an historic betrayal of the current and future residents of #HamOnt.

Last year, author and urban planner Cheryll Case told inthehammer that the city has ample space within the “yellow belt” of existing residential neighbourhoods. Months later, in fact, the city did opt for changes to the official plan to add gentle density, although that has also been deleted by ERO.

#HamOnt is not afraid to show up! We know that sprawling subdivisions drive taxes, home prices and emissions up and do nothing for affordability. We need affordable homes now, in neighbourhoods, not in mansions on farmland. I was honoured to speak today at the Stop Sprawl rally! pic.twitter.com/NWvQy7SmuI

In any event, the move from the province appears to have given council a hot potato a week ahead of its inauguration on Nov. 15.

All of the six re-elected representatives voted last November for the urban boundary to stay as it is. The three who voted in favour of the expansion were Couns. Maria Pearson (Ward 10), Lloyd Ferguson (12) and Terry Whitehead (14).