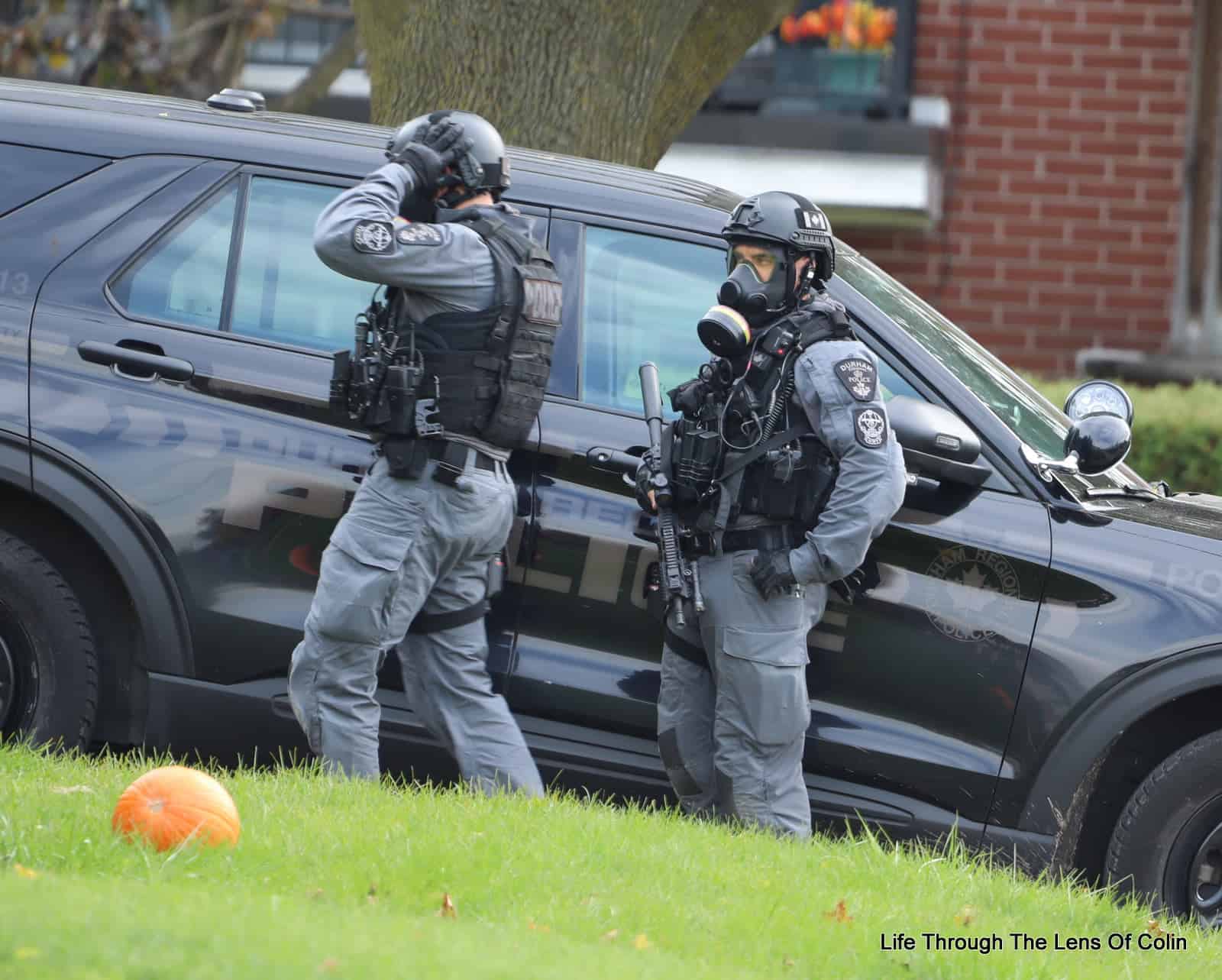 Three men were arrested on murder charges yesterday after an early morning shooting in Ajax.

The killing took place in the early morning hours of November 11, around 4:30 a.m. Police arrived after calls about an armed man in the area.

The three suspects fled to Oshawa where they held up in a Highland Avenue home for much of the day. Police tracked them down by 8:30 a.m. leading to an extended standoff and heavy police presence in the neighbourhood.

Three local schools were ordered into hold and secure procedure while police dealt with the armed and barricaded men.

In a press conference in Ajax that afternoon, Media Officer George Tudos said no suspect description was available.

The standoff and hold and secure orders ended around 2:30 p.m. Police said at the time only one person was in custody.

They later announced in a press release that all three suspects were arrested at the Highland Ave home.