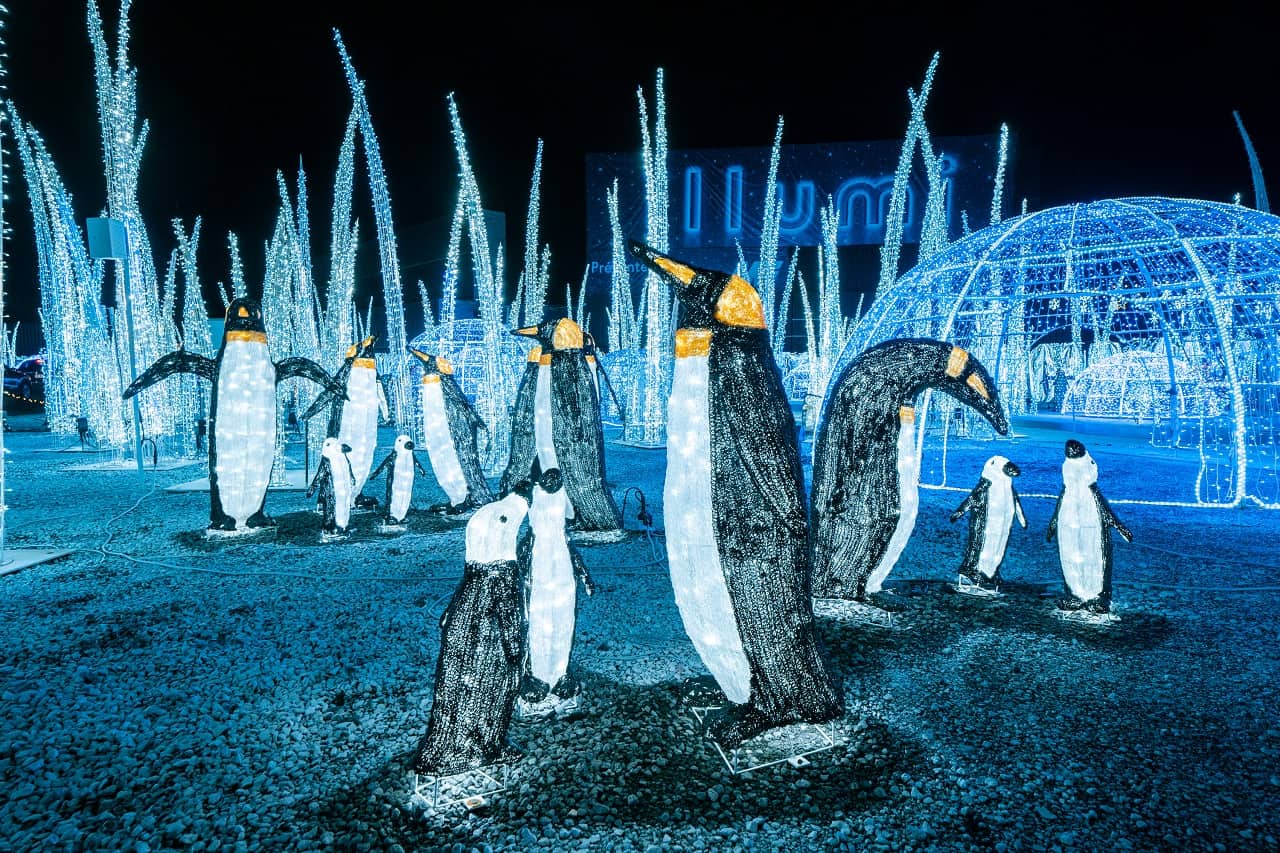 A renowned festival of lights that has proven wildly popular since setting up in Mississauga in September is staying in town for a while longer.

The highly-anticipated Illumi–A Dazzling World of Lights attraction, which has welcomed several hundred thousand visitors to its massive north Mississauga site near Hurontario St. and Hwy. 407 since opening to the public on Sept. 14, will remain in Mississauga until Jan. 29.

Initially intended to close up shop on Jan. 8, the attraction will remain open in Mississauga for three additional weeks,  Illumi’s website indicates.

Illumi–A Dazzling World of Lights is billed as the biggest attraction of its kind “in the world.”

Mississauga Ward 5 Councillor Carolyn Parrish, involved in the effort to bring the huge show to Mississauga since the beginning, has posted regular updates on its successful debut in the city to her social media.

Proud to have one of 2 locations for the most outstanding light show in Canada if not the world. 13 football fields’ of amazing scenes, constantly changed. Christmas will be truly special with snow reflecting the lights. And all for the same price as taking a family to movies. pic.twitter.com/4TZA13WEPS

On Halloween night, Parrish posted a short video of a look at Illumi at night through the window of a plane as it landed at nearby Pearson Airport.

Scheduled to come to Mississauga on several occasions since last year, the Illumi festival of lights finally opened in the city on Sept. 14. Located at 7174 Derrycrest Dr., the attraction will remain open to the public through most of January.

Billed as the “largest light, sound and multimedia show in the world,” the attraction is set up on a 600,000-sq.-ft. site that’s equal in size to 10 football fields, a spokesperson for Montreal-based Illumi said earlier.

“The extraordinary light show is the first of its kind in the Toronto market and the largest light, sound and multimedia show in the world,” a spokesperson for the festival of lights wrote in an earlier email to insauga.com.

Featuring more than 20 million LED bulbs, the seasonal festive attraction has captivated kids and adults alike “as they embark on a spectacular outdoor journey on foot through 13 magical worlds,” organizers say.

The show features seasonal theme changes as well, from Halloween to the Christmas holidays.

In August, organizers unveiled the company’s hallmark installation, the Tree of Lights, at the Mississauga site.

Standing 154 feet tall, which is three feet taller than the Statue of Liberty, and made of 28,000 interactive luminous spheres, the Tree of Lights has been lit up each night since its unveiling and will continue to be throughout the attraction’s stay in Mississauga.

Ticket information can be found here. Ticket prices are subject to change based on high demand.