Mississauga Getting Three New Councillors by End of 2018

Here are the latest developments on that front:

The Ward 1 vacancy will be filled by appointment

Mississauga councillors have opted to go with appointing a successor after declaring the late Jim Tovey's Ward 1 Council seat officially vacant. Nominations can be submitted between January 29 to February 9 for all interested individuals who want to serve as the councillor for Ward 1 for the remainder of the term until November 30.

The other 11 members of council will receive the list of nominees prior to the February 21 council meeting, at which point qualified candidates will present themselves before council and say why they are the best man or woman for the job. After that, the councillors will then vote on who will take the Ward 1 seat.

Candidates who are interested have to meet the following criteria:

Insauga.com reached out to a number of Mississauga councillors to see if anyone had anyone specific in mind. No one would give a definitive name, only that they wanted someone from Ward 1 with a history of some community involvement, if not necessarily political experience under their belts.

All the councillors who spoke said that the eventual nominee will only serve in a 'caretaker' (interim) role and not run for the job come election time. But city staff confirmed these were just preferences, and not legally binding. People change their minds about a number of things at any time; who is to say the appointee doesn't get comfortable in the job and decides to run for it anyway?

That's what happened back in 2000, when then Ward 6 Councillor David Culham resigned his seat months before the election to accept an appointment to the Ontario Municipal Board. Mississauga councillors picked Streetsville chiropractic specialist Ted Blackmore, with the assumption that Blackmore was only serving temporarily until a new councillor was elected. Blackmore ended up running in Ward 6 anyway, but lost to current councillor George Carlson.

Veteran city councillor calls it quits after 30 years in office

Ward 7 Councillor Nando Iannicca, who was first elected in 1988, announced that he will not be running for another term this October. Iannicca won his ninth consecutive term in 2014 with 60 percent of the vote. 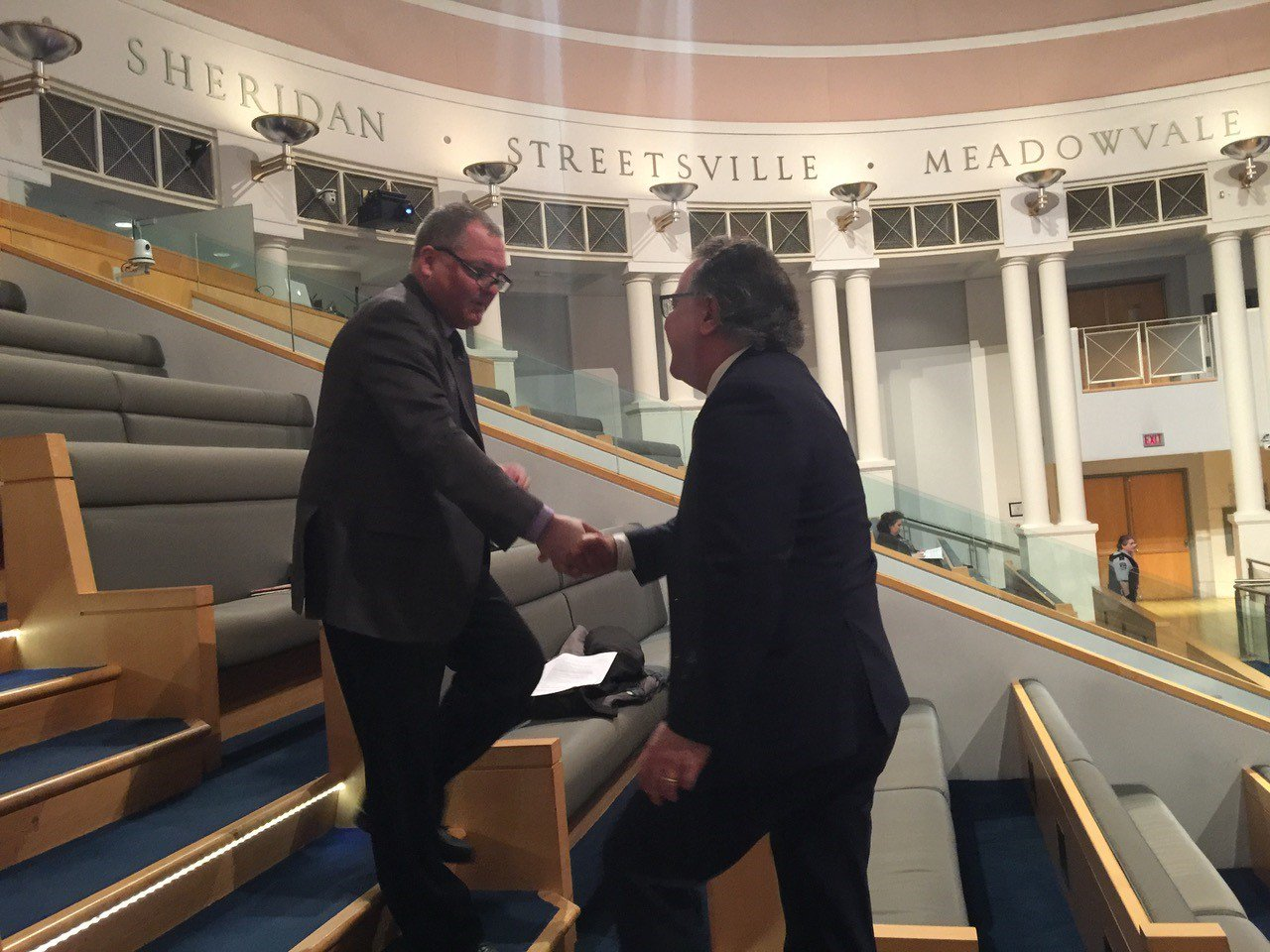 The long time councillor recalled how his predecessor, then councillor Dave Cook, announced his retirement a year before the 1988 election, which allowed him the time to knock on 9,700 doors in Ward 7 over a 10 month period to win the council seat. Iannicca wanted to give potential successors the same courtesy of time to present themselves to voters, in a ward that now has grown to over 40,000 doors for candidates to visit.

Although he's leaving on his own terms, Iannicca has faced some criticism during this last term in office: over his perceived attitude towards residents concerned about new high rises, a wild idea for a Central Park in Cooksville, as well as controversial spending habits.

The timing of his departure also comes with the commencement of LRT construction along Hurontario, which no doubt will raise concerns from people living along the corridor. It seems the next aspiring Ward 7 councillor, whoever he or she may be, will have to deal with those issues now that “the dean of Council” is retiring.

Coupling this with swirling rumours that Ward 6 Councillor Ron Starr is considering a run at the position of Peel Regional Chair, we could be seeing a 4th new councillor as well.

New gourmet burger and wraps restaurant opens in Mississauga
A recently opened restaurant in Mississauga is aiming to hit the spot between your hunger for burger cravings and dietary considerations.
END_OF_DOCUMENT_TOKEN_TO_BE_REPLACED