The year 2018 is finally here, and the Hurontario LRT has started construction at various points along one of the busiest road arteries in Canada’s sixth largest city.

But it isn’t like this should be some big surprise; you knew this was coming for years. There were numerous public meetings and consultations that came with all the information necessary, as well as people working on the project who were more than kind enough to try to answer every single question.

Construction notices have been going out on social media since last fall, but it’s quite another thing to actually see construction happening right now—and how it is affecting current traffic conditions.

Therefore, this will be the first of an ongoing series showing specific construction from the Hurontario LRT project. I doubt that all of it is going to heavily impact traffic, but it’s a good idea to know where it’s happening and what could be affected.

The first two noticeable construction projects along Hurontario pertain to the relocation of communication cables and underground structures along the LRT route. Telecom companies are required to relocate their existing network from various locations on the roadway to locations either outside of the track location or sufficiently deep to avoid conflict with the construction of the LRT.

Crews have begun building new manholes and connecting duct structures on Hurontario. The work will take place on the east side of Hurontario as crews dig and install the required infrastructure. It is expected that the work will be completed by spring of 2018 and will affect traffic in both directions.

For the area outside the Cooksville GO Station, the initial portion will begin on the east side of Hurontario Street, from John Street to Fairview Road. 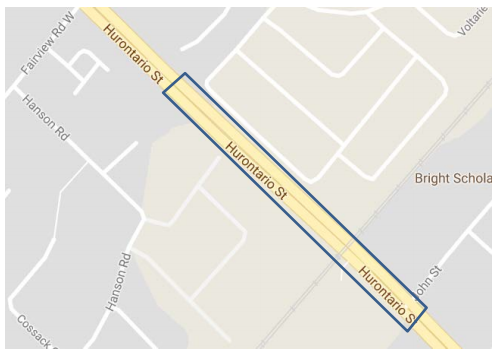 Here are some pictures of what the situation on Hurontario along this stretch looks like now. This is just underneath the GO train track intersecting Hurontario. 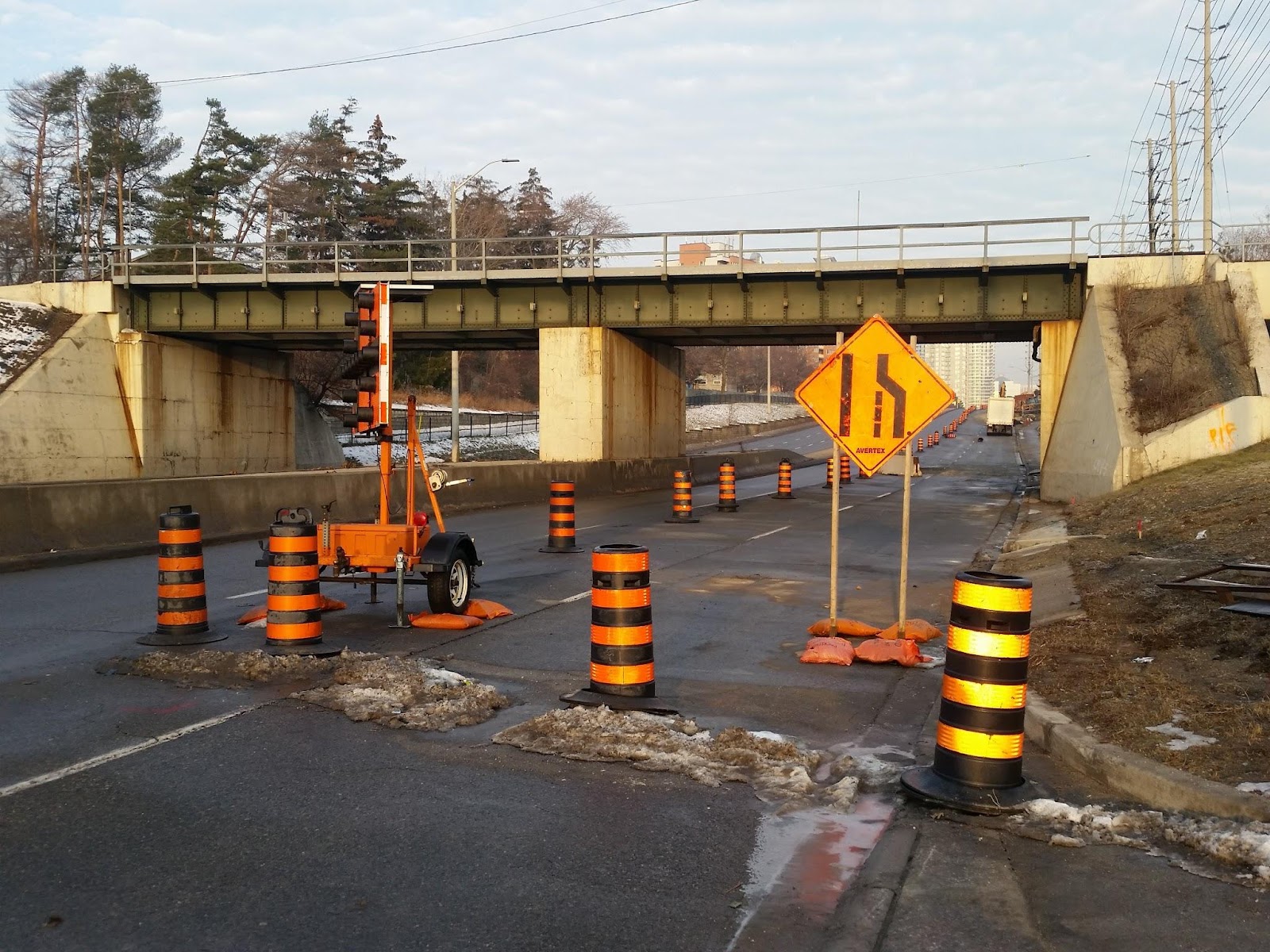 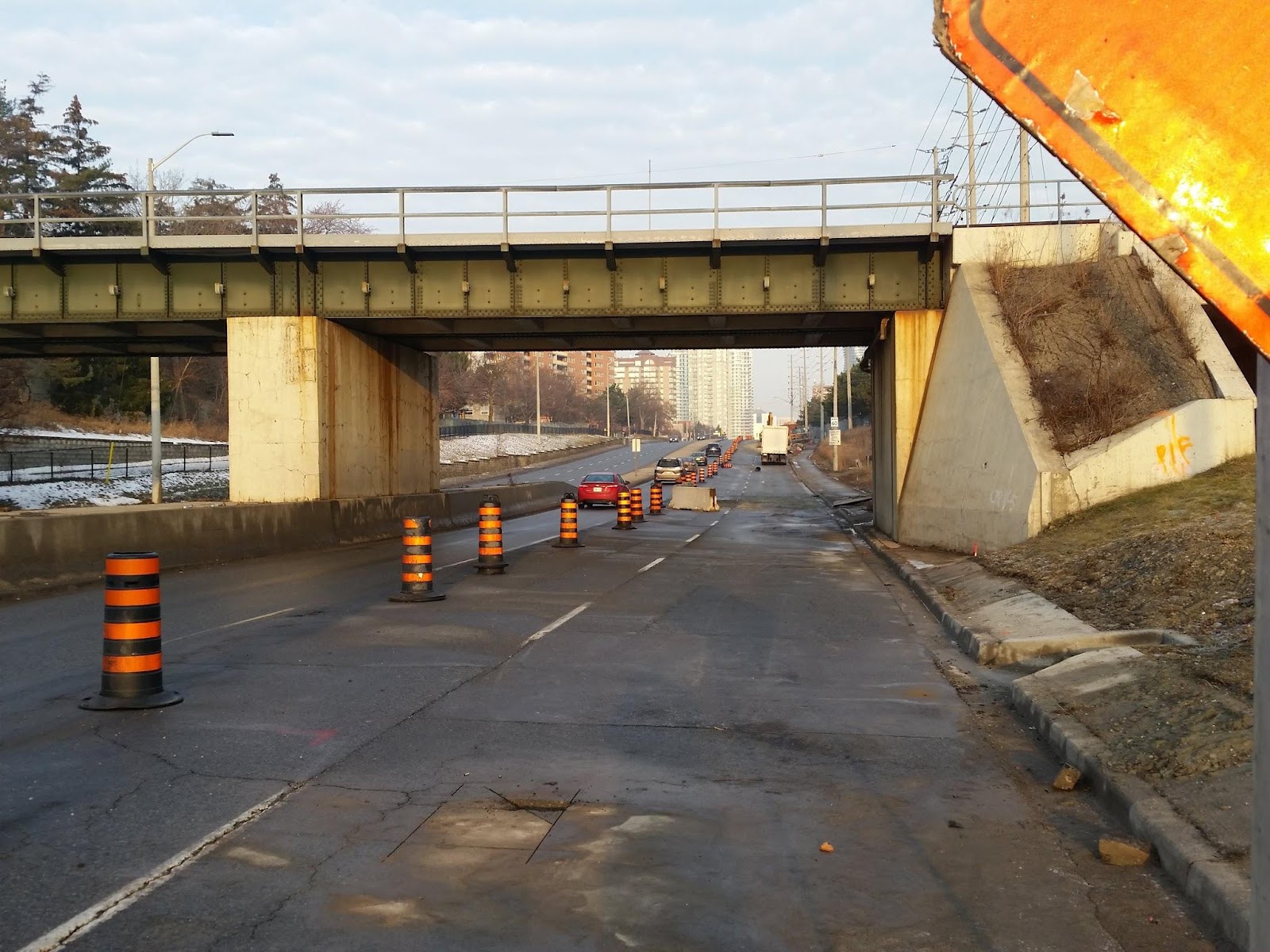 As you can see, two lanes of Hurontario on the east side going north are currently blocked for construction, leaving only one lane operational.

This was taken over the weekend morning, but imagine what it will be like when traffic comes in and out of the Cooksville GO station, right at the intersection with Hillcrest just as traffic starts getting backed up because they’re down to one lane at this juncture.

Currently northbound traffic is what is noticeably affected, but as the project update said, both sides will eventually be affected. Similar construction activity is taking place outside the Port Credit GO Station, from around High Street up to Mineola Road East/West. 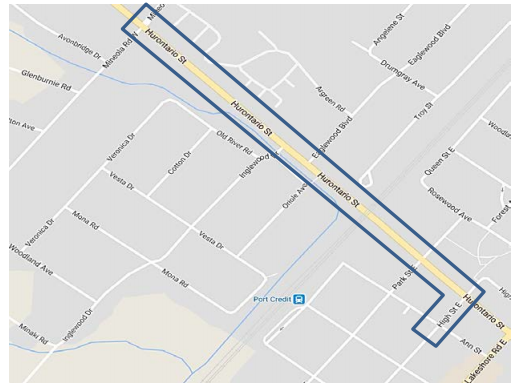 Below is Hurontario as you pull out of the Port Credit GO station parking lot from Park Street. 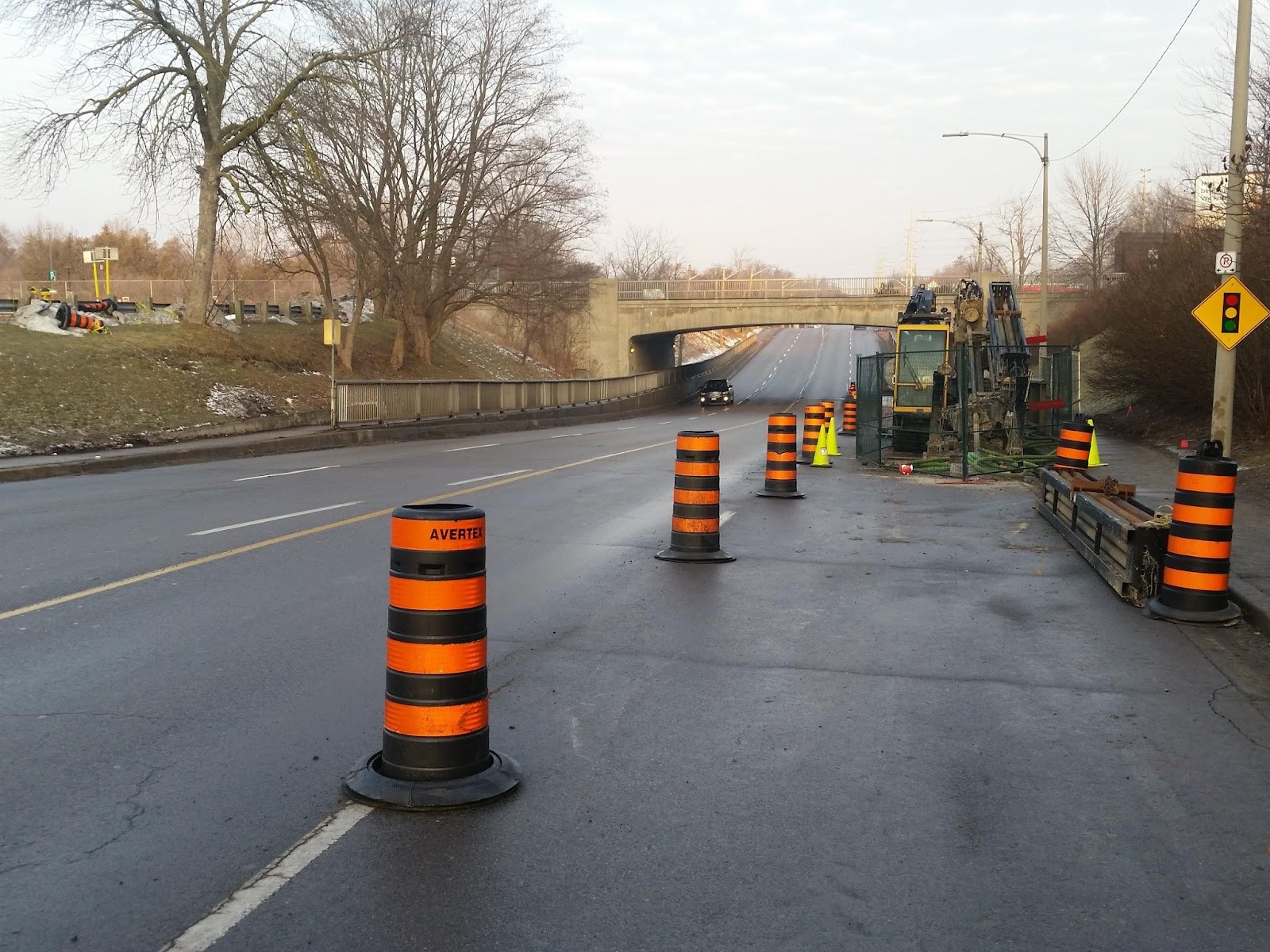 You will notice on the east side, the same with the Cooksville construction situation, that the sidewalks have been temporarily sealed off from public access. 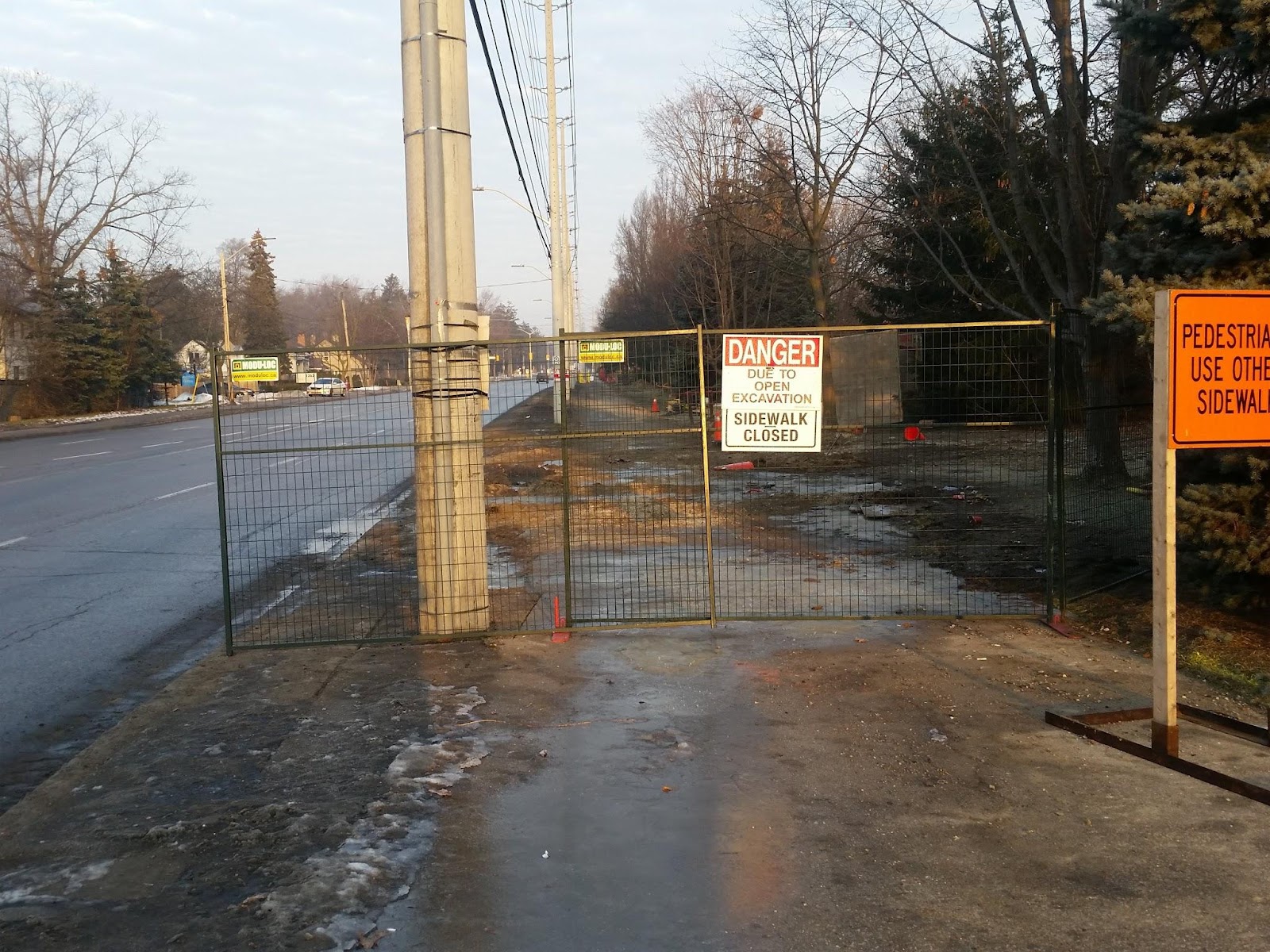 But while the growing pains of traffic congestion undoubetedly will be everpresent at this time, it’s important to know that for the first time, in a long time, Mississauga is building some higher order transit that will in the end serve many residents for generations to come.