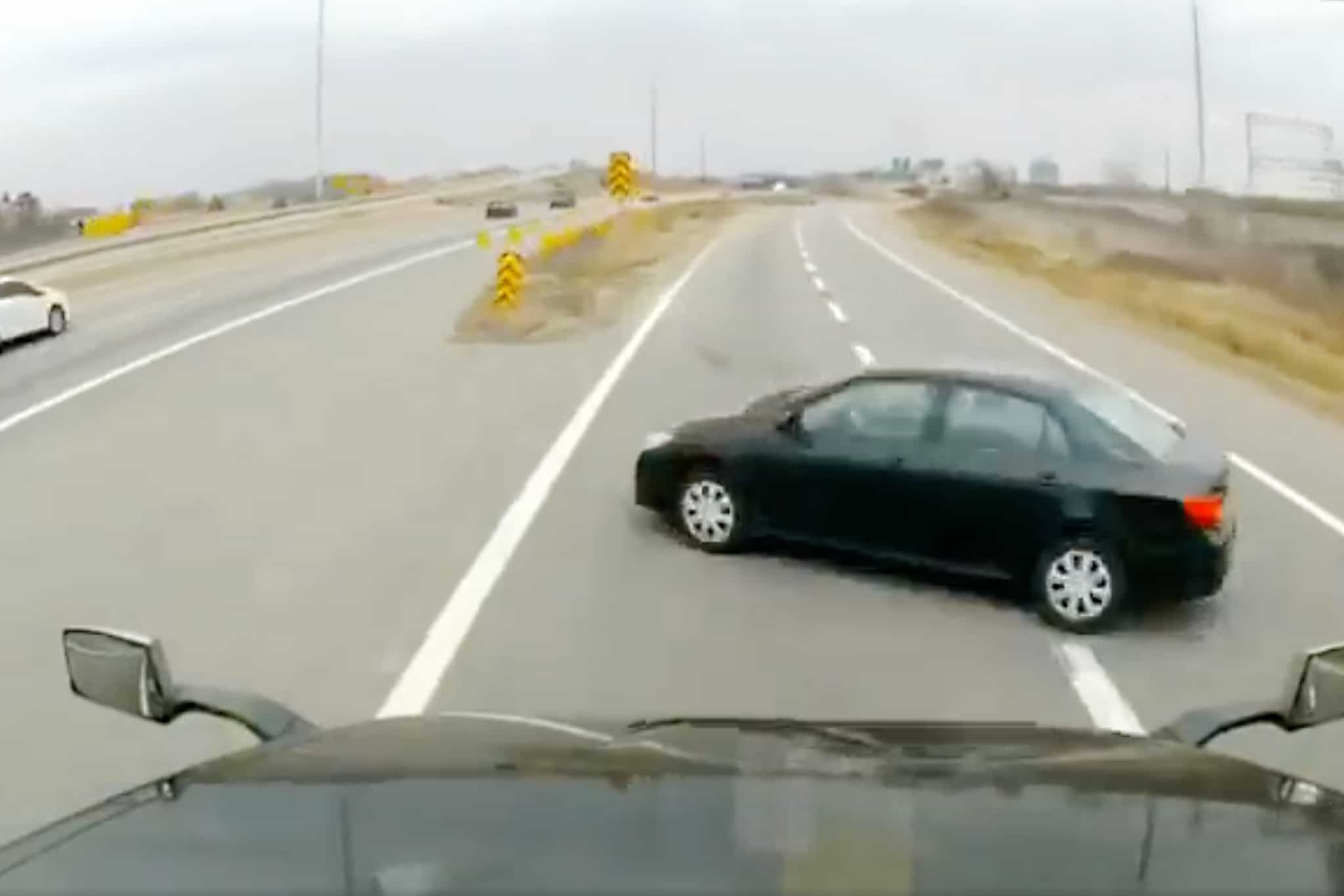 Dashcam video shows a driver turning in front of a transport truck in yesterday’s collision in Burlington.

The driver turned into the path of a transport truck on the exit ramp from the eastbound Hwy. 403 to Fairview Street in Burlington.

It appears the driver was attempting to cross the lanes to access the eastbound QEW lanes, said OPP Sgt. Kerry Schmidt in a tweet.

The transport smashed into the car and fire crews had to extricate the woman from the vehicle. She was sent to a trauma centre, Schmidt said. There were no further updates on her condition.

The collision was captured on video — showing the driver didn’t appear to see the transport truck as she crossed the lanes.

Later in the evening, OPP tweeted out the dashcam footage (viewer discretion advised).

This was one of three crashes in the Burlington and Oakville area yesterday, Schmidt added. The first, an eight-vehicle crash involving a school bus, sent six people to hospital in the morning. The weather wasn’t a factor in these crashes. The roads were clear.

“Driver error appears to be the common thread of all these crashes right now. Pay attention, know what is going on around you, use your mirrors, know your surroundings and share the road,” Schmidt said.

Having an awareness of your surroundings is critical in traffic safety. #BeABetterDriver #DriveSafe #BurlingtonOPP https://t.co/2U9HYSepSM