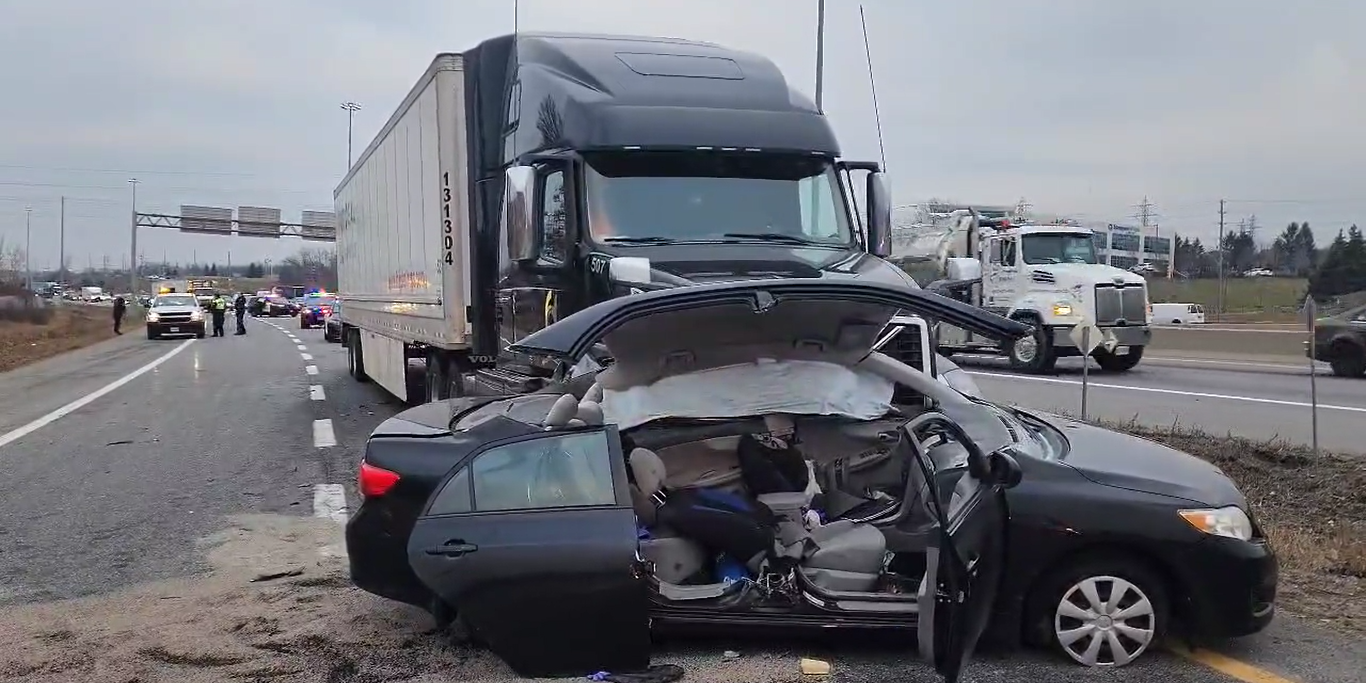 A serious accident on a Burlington highway has resulted in a driver being taken to a local hospital.

Burlington OPP reported that a 52-year-old female was taken to the hospital following the collision on Monday, Jan. 9.

The accident occurred late afternoon after a car turned into the path of a transport truck on the exit ramp from the eastbound Hwy. 403 to Fairview St.

52 year old driver of car transported to hospital with serious injuries after turning into the path of the transport truck. #Hwy403/Fairview St #BurlingtonOPP investigating. pic.twitter.com/obpT47huhN

UPDATE: Police were still on the scene several hours after the collision.

Fortunately, the injuries were not considered serious in this collision #BeABetterDriver #DriveSafe pic.twitter.com/m2zTxhGAIo