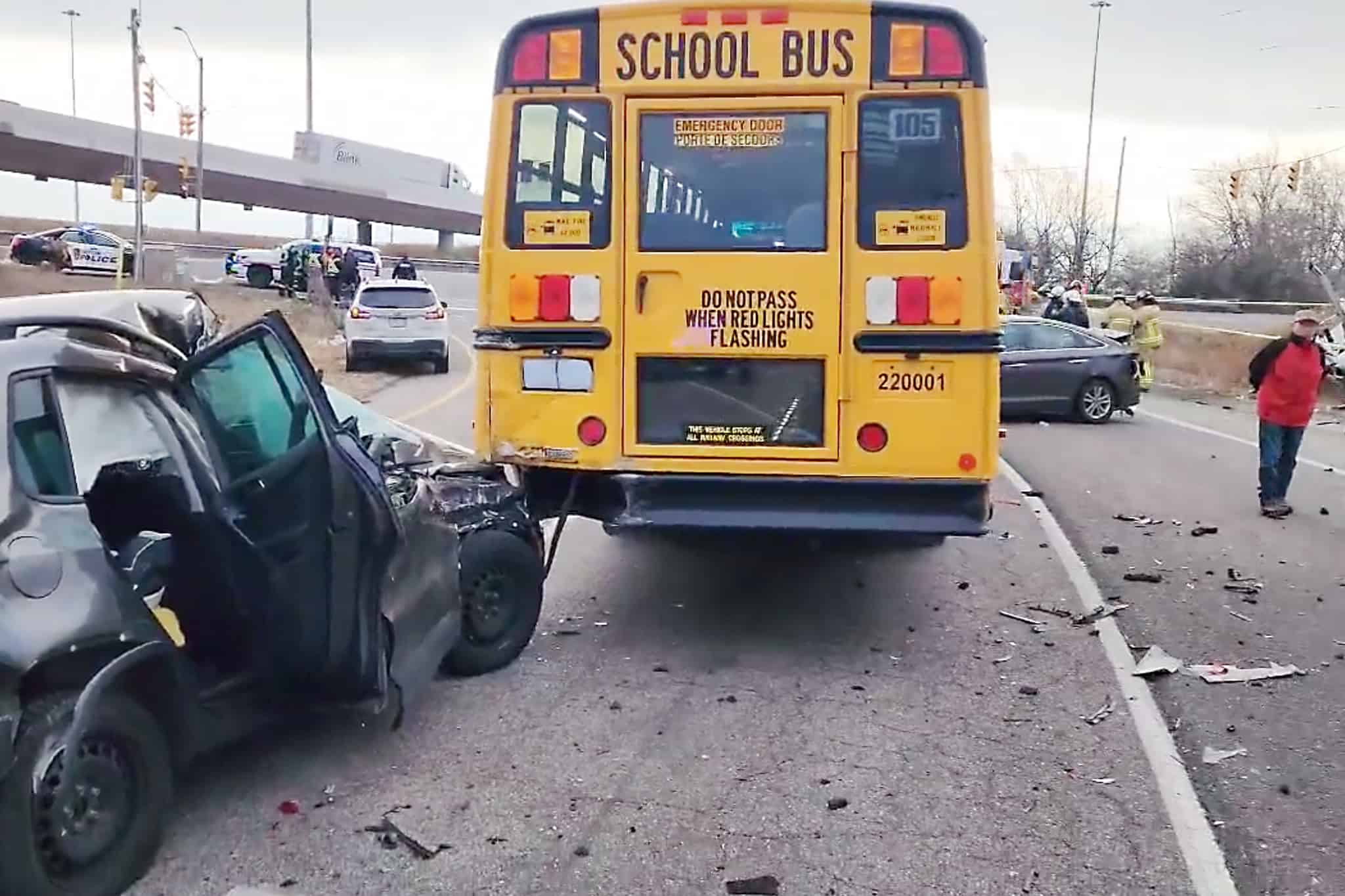 One person went to a trauma centre and police were waiting for updates on that person’s condition, OPP Sgt. Kerry Schmidt said in a tweet.

The vehicles, including a school bus, a commercial vacuum truck and cars, collided on the Hwy. 403 westbound ramp to Upper Middle Road around 8 a.m. on Monday (Jan. 9), Schmidt said.

Fortunately, no students were on the bus at the time of the crash. 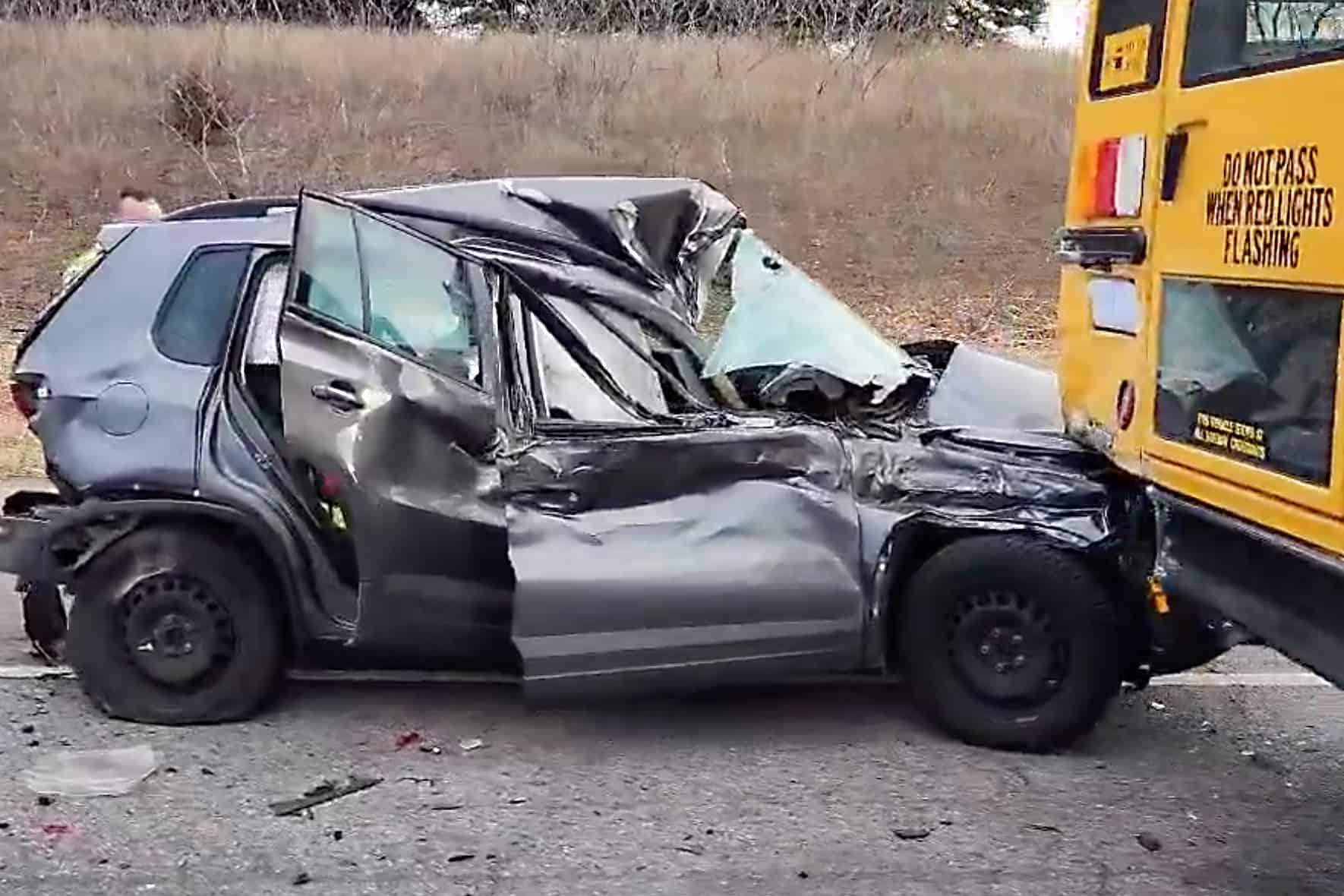 Schmidt said the vacuum truck collided with multiple vehicles. Cars were crumpled in the crash and debris was scattered across the roadway.

At first, Schmidt said three people were sent to hospital and seven vehicles were involved but that was later updated.

The ramp is expected to be closed for most of the morning as Burlington OPP investigates and for the cleanup.

“It will take some time to sort this out,” Schmidt said. 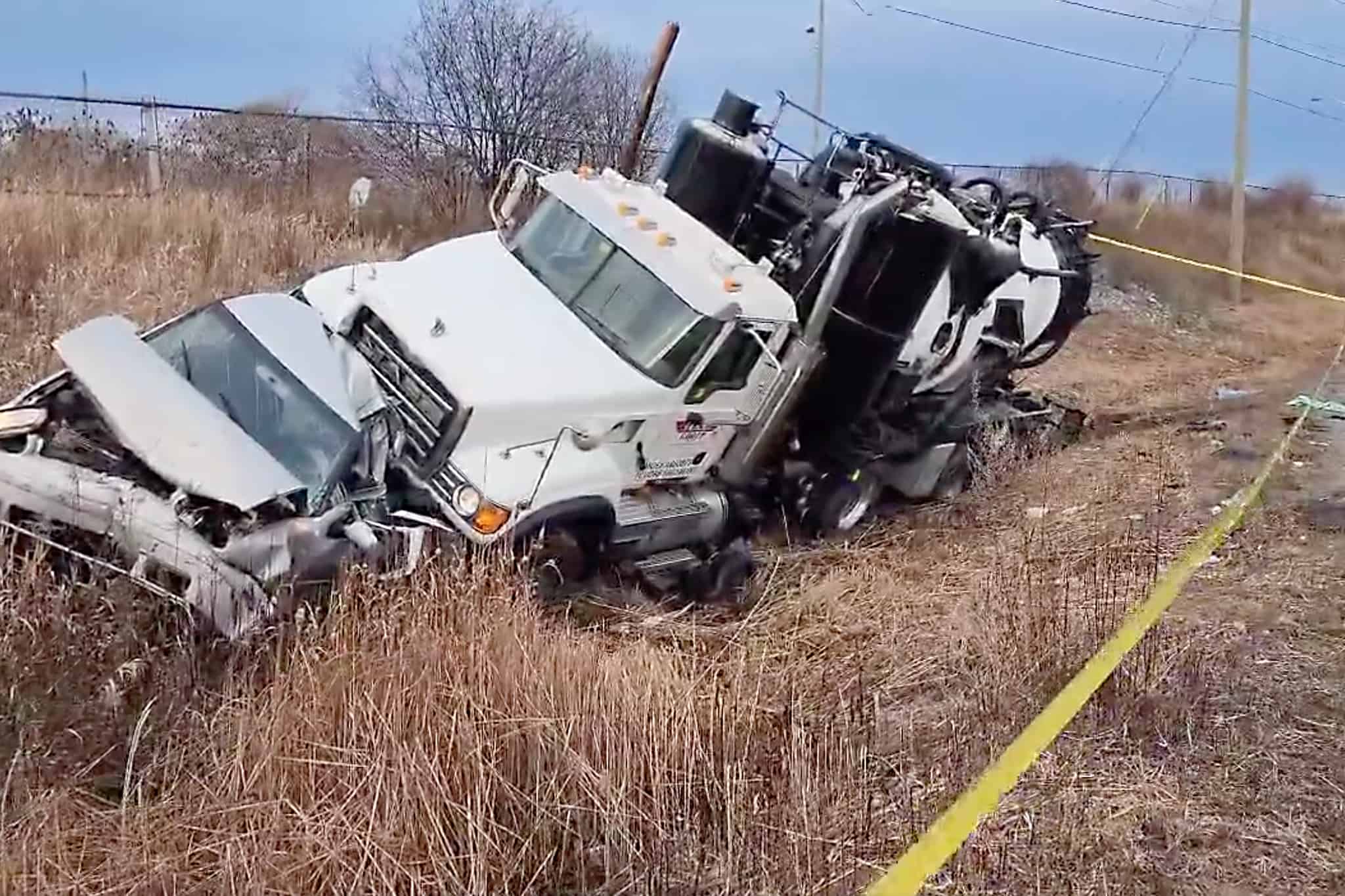 Schmidt said the cause of the crash is not yet known.