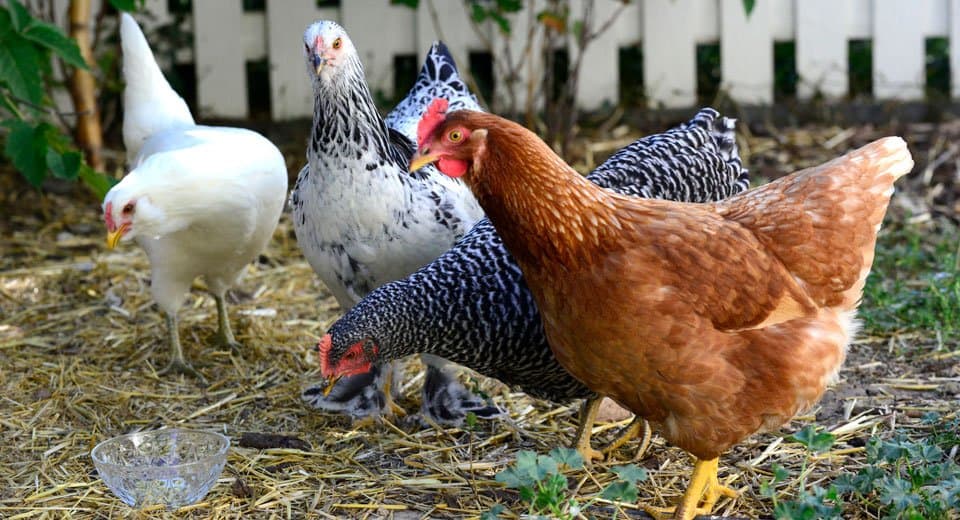 It looks like chickens won’t be coming home to roost in Ajax backyards after all due to negative public feedback presented to Ajax Council on January 10.

The public feedback was collected through Ajax’s In My Opinion (IMO) hub from November 8 to 28. IMO presented a draft of the potential by-law for residents to review.

The by-law specified that residents could keep between two and four adult hens in their backyard as long as they had a proper coop. Food would have to be securely locked up, as would the hens between 9 p.m and 6 p.m..

The chickens are meant only to lay eggs and would not be allowed to be eaten. Those eggs in turn were meant only for personal consumption and could not be sold or given away.

If the pilot went forward Ajax would join Brampton, Guelph, Kingston, Niagara Falls, and Toronto (running its own pilot program) in allowing flocks into residential neighbourhoods.

Ultimately, 1,900 people visited the IMO page though most did not finish the survey. Of the 849 who did complete it, 56 per cent voiced opposition to the pilot project, while 40.6 per cent voiced support.

A further 60 per cent said they would not participate in the program if it was undertaken.

Despite efforts in the by-law to address the issue, such as securing food storage, the most pressing concerns for residents was a potential increase vermin and pests, with 588 respondents sharing this concern.

“What the heck? Ajax has a major rodent problem as it is. Now this?” said one anonymous user.

“I like chickens and generally support those that would like to have them, but I presently can NOT support this without a solution to the current rat issue,” commented another. All feedback can be read in the report.

Orkin Canada ranked Ajax as the 24th “rattiest” cities in Ontario in their annual ranking of the most rat infested urban centres. In Durham only Oshawa (10th) and Pickering (17th) ranked higher.

The next major concern among respondents was attracting predators. Durham Region has been gripped by a coyote problem for the last few months resulting in several children bitten.

“People are already fearful of Coyotes and don’t understand how to live with them and will put out traps/poison for coyotes and other wildlife to keep them out. No, no, no to this idea! No!,” said a user.

Rounding out the top concerns were the smell of the coops, disposal of waste and carcasses, and potential noise.

The idea wasn’t without support though with many noting potential positive environmental impacts. “I think it’s a great idea for food sustainability,” said one resident. “I think this is a wonderful idea for providing local fresh eggs to all of the neighbourhoods,” said another.

Numerous respondents without concerns questioned why the survey lacked a “No concerns” option forcing them to choose an issue even if they didn’t think it was a significant problem.

Council reviewed this feedback in a meeting on Monday. In it Councillor Lisa Bower said, “Since I’ve become a councillor, I’ve received several emails about a backyard chicken program.”

“I think it was important to have this information to see how it would work, so I’m happy it happened. I don’t think it is the time right now for this type of program,” she continued.

Mayor Shaun Collier echoed these feelings. “I did support just looking into it and seeing the viability of the project, but I’m going to support the 56.5 per cent of residents that do not want to see this project go forward,” he said.

As a result of the report, hopes for the future of the project seem to have flown the coop.