Could These People Run for Mayor of Mississauga in 2018?

While most people are still reeling from the colourful provincial election (that one that saw the Liberals face a resounding defeat at the hands of polarizing candidate Doug Ford—the man who took the reigns of the party after former leader Patrick Brown was ousted amid controversial sexual misconduct allegations just months before voters went to the polls), they shouldn't forget that municipal elections are coming.

Residents in Ontario's municipalities—including Mississauga, of course–will be casting their ballots for their city's next mayor on Oct. 22.

At this juncture, only three candidates are running for the city's top spot—two fringe candidates who were defeated in 2014 and incumbent Mayor Bonnie Crombie.

Crombie, who had the challenging and unenviable task of filling former mayor Hazel McCallion's beloved shoes, has done an admirable job. Focused on modernization and urbanization (it's hard for a city of 700,000+ people to remain a bedroom community, after all), Crombie's four years in office have been interesting ones.

The city has moved forward on a number of placemaking developments and initiatives under her and the current council's watch, including the upcoming $1.4 billion Hurontario LRT, Inspiration Lakeview (the massive revitalization project that will transform the city's waterfront), Inspiration Port Credit, M City (the grand-scale Rogers-owned condo community set to take shape in City Centre) and more. Crombie and council have also agreed to pursue a study on the feasibility of constructing a soccer stadium. Crombie, along with many members of council, has also been a staunch advocate of creating more affordable housing for the city's lower and middle-class residents.

At this point, it's safe to assume that anyone who runs against Crombie would have their work cut out for them. The city has not been accused—at least in the mainstream media—of excessive spending or chastised for unmanageable debt. Nor has anyone decried a decreased standard of living since she took office (and it wouldn't be accurate or fair to blame rising housing costs or fluctuating crime rates on her or council's leadership).

That said, an election is coming and there are a plethora of former MPPs who might be in the market for new elected positions. Here are our picks for who might vy for Mississauga's top spot this fall.

*This article is purely speculative, none of these potential candidates have indicated they are running at this time. 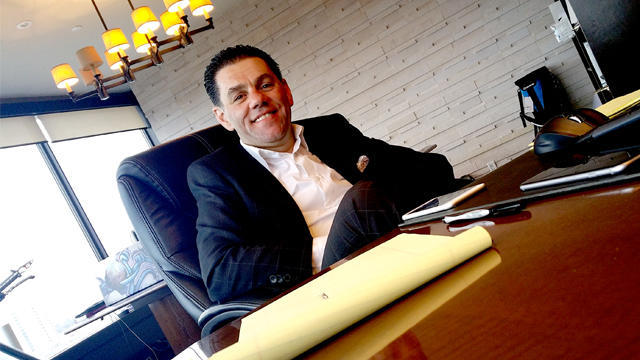 Mohamad Fakih, the owner of the Mississauga-based (and wildly successful) Paramount Fine Foods, has become an influential public figure known for both his growing restaurant chain and championing of charitable causes. In 2017, Fakih made headlines after he announced that Paramount would pay for funerals for the six Muslim men who were gunned down at a mosque in Quebec City’s Sainte-Foy neighbourhood.

Fakih, who came to Canada from Lebanon almost 20 years ago, also garnered attention and support when he pledged to hire newly arrived Syrian refugees to work in his many restaurants.

A well-connected entrepreneur, the affable (and likeable) Fakih appears popular in Liberal circles, having once hosted a Liberal fundraiser that welcomed Prime Minister Justin Trudeau. Since it's safe to assume he's not particularly ideologically opposed to any of Crombie's initiatives, it's probably just as safe to assume that he's not interested in challenging her at the polls (at least not anytime soon).

But with political support, a high profile and a great Mississauga success story to share (one that will surely resonate with other ambitious new—and old—Canadians), we can see Fakih becoming a strong candidate for the city's top job in the future.

Likelihood of running in 2018: Low 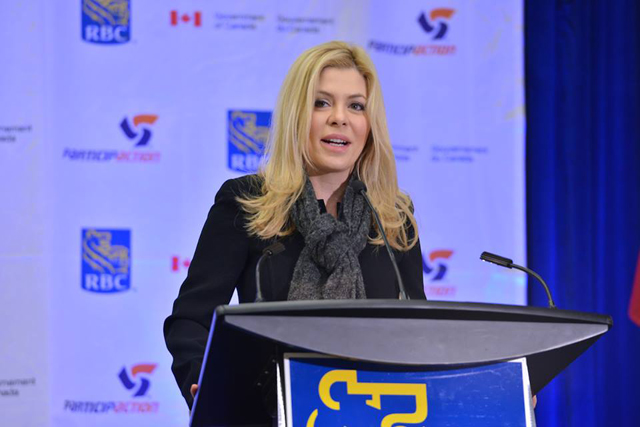 Since 2017, there have been rumours swirling that former Mississauga councillor and federal MP Eve Adams is looking to make a comeback in municipal politics by running for council in 2018. More specifically, rumours suggested she might run against incumbent councillor John Kovac in Ward 4.

After serving on Mississauga City Council from 2003-2011, she opted to run for Parliament as a Conservative and ended up toppling the now Minister of Innovation, Navdeep Bains. Touted as a rising star in the Conservative caucus during her time in Ottawa, the momentum didn't last. Her departure from the Conservatives was cemented when she attempted to seek a nomination for re-election in Oakville rather than Mississauga. When that effort collapsed, she crossed the floor to the Trudeau Liberals and, because Bains ironically secured the Liberal nomination in her redrawn Mississauga riding, she was forced to go into the north end of Toronto to run for a Liberal nomination there. She lost the Liberal nod to the now Liberal MP, Marco Mendicino, thus completing her departure from the political stage in 2015.

Last year, we learned that Adams found her way back to Mississauga. With few strong contenders vying for Crombie's position, perhaps she might want to throw her hat in the ring. Whether you’re a fan or a detractor, she’ll definitely keep things exciting if she announces plans to run for mayor (or even council) this year.

Likelihood of running in 2018: Moderate 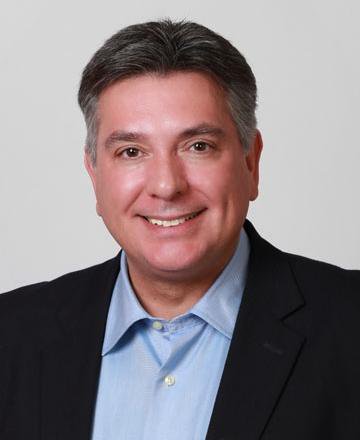 Charles Sousa, who served as the Ontario Government's Minister of Finance from 2014 until the recent provincial election, has been something of a mainstay in Mississauga politics. He was first elected Liberal MPP in the province's Mississauga-South riding in 2007 and was a Cabinet Minister in the governments of both Dalton McGuinty and Kathleen Wynne.

A long-time Mississauga resident, Sousa no doubt ruffled some feathers as finance minister (the provincial government's programs and initiatives were fiercely scrutinized by fiscal conservatives throughout the administration's tumultuous, gas plant-tainted reign), but he did help give Ontarians something they're probably grateful for: beer, wine and cider in grocery stores.

And while Sousa was swept away from office in the blue wave that saw Doug Ford's PC government take over Ontario, he managed to keep an important Mississauga ally—Hazel McCallion. In fact, McCallion endorsed both Ford and Sousa, saying: "Charles is a strong leader who delivers for Mississauga. He does his homework and he gets things done. He has fought hard to protect our waterfront, expand our hospitals, and enhance public transit." In this case, McCallion's endorsement didn't give Sousa the boost he needed to hold onto his seat—but it showed that the city's chief matriarch still has a great deal of confidence in his leadership.

While there is some speculation that Sousa might run for Regional Chair (meaning he might be more interested in leading the Region of Peel rather than just the City of Mississauga), nothing has been confirmed. And since he, like Fakih, isn't likely ideologically opposed to Crombie's plans for the city, he might not feel it's necessary to attempt to disrupt the city's momentum by changing the guard.

Still, the thought of leading Canada's sixth largest city might be an enticing one—especially if Crombie wins in 2018, but decides not to run in 2022. 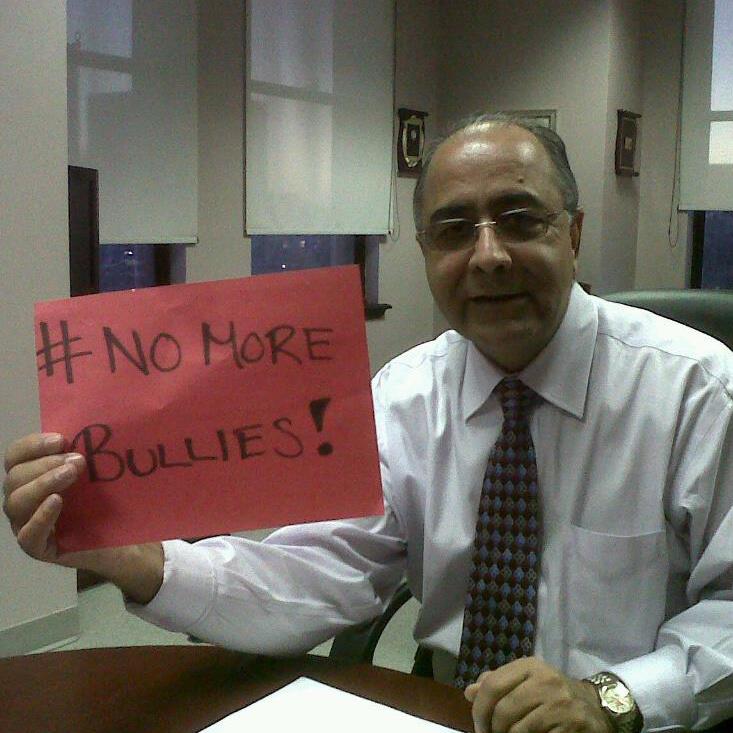 Harinder Takhar, a former Liberal MPP who represented the Mississauga Centre and Mississauga-Erindale ridings from 2003 to 2018, has also been a mainstay in Mississauga's political scene.

Takhar was actually not defeated in the recent election, as he announced that he would be retiring and therefore not seeking re-election back in April. While his impending retirement might make him seem like an unlikely candidate for mayor, Takhar has gone back on such promises before.

In fact, Takhar already planned to retire in 2014, before changing his mind and running again.

It is important to note that Takhar has some McGuinty-era baggage. From 2003, he served in cabinet as Transport Minister, but was later demoted to Minister of Government Services and Small Business after he reportedly failed to remain an arm's length away from his family business in order to avoid a conflict of interest. After that (beyond a run at the party leadership in 2013 after McGuinty stepped down), Takhar served in the backbenches after leaving cabinet again for health reasons.

But with provincial politics behind him—and rumours circulating that he, too, might run for Regional Chair—it's possible that the idea of running for mayor of Mississauga has crossed his mind. 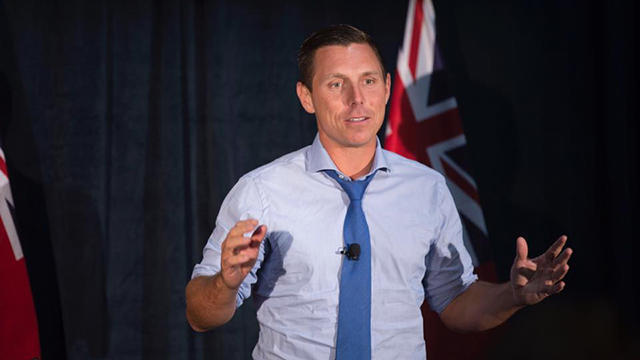 We know, we know—this is a crazy idea.

While Patrick Brown—the former PC leader who was dramatically ousted from his party following sexual misconduct allegations just five months before the election—has made his intentions to run for regional chair known, he could still run for mayor.

He would just have to withdraw his candidacy for the regional chair position.

Brown is an interesting politician—and one with pretty impressive staying power. Six months ago, his political career appeared to be over. He was turfed from his party and position after two women alleged he had been sexually inappropriate with them during his time as a city councillor and MP in Barrie. Brown denied the allegations, some of which came under more intense scrutiny when one woman admitted she had been mistaken about being underage at the time of the alleged incident. Brown is now suing CTV, the network that broke that story, for $8 million.

Much to many people's surprise, Brown set his sights on Mississauga, moving to the city (he provided a Lorne Park residence as his qualifying address here) and attending a number of local events.

While Brown might be happy to test the waters with his bid to lead the Region of Peel, it's not too late for him to change his mind and set his sights on Crombie's position instead. Unlike the previous candidates, Brown has been a high-profile member of the federal and provincial Conservative parties, meaning he could provide more right-leaning voters with a bluer candidate (think of a significantly less fraught and dramatic Rob Ford vs. George Smitherman race).

But while Brown might be more ambitious, his #MeToo scandal is still fresh in the minds of voters, and it might take residents a little longer to look past the alleged incidents (lawsuit and upcoming memoir notwithstanding). It would also be easy to paint Brown, who long served the City of Barrie, as an outsider who doesn't "get" the city. But if he can serve in the exciting Sauga "trenches" for four more years and cut his teeth on a regional council position, he can probably make a viable go at Mississauga's top job in 2022. 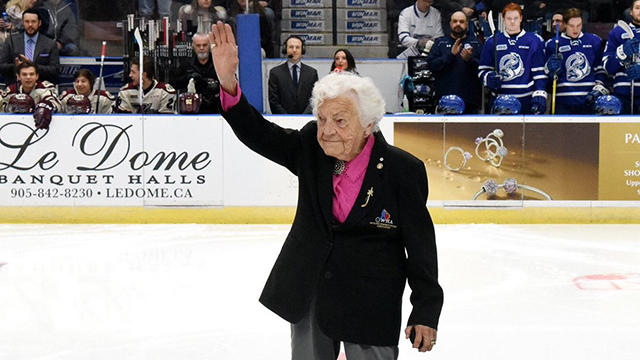 Considering the fact that the recently retired mayor is a close to 100-years-old, it's actually highly unlikely that she'll try to take Mississauga's top job back from Crombie (the candidate she endorsed back in 2014).

But it's also safe to say that many people would happily welcome the iconic leader back to the fold with open arms, so beloved is one of Canada's most famous mayors. There's no doubt about it—the city still straight up loves McCallion. The 97-year-old powerhouse served as mayor for a whopping 36 years. First elected in 1978, McCallion (lovingly known as Hurricane Hazel) led the city until retiring just four years ago. When she decided not to pursue yet another term in office, she was 93-years-old.

McCallion has been honoured quite frequently. Mississauga's Sheridan College campus bears her name, Feb. 14 is officially Hazel McCallion Day and a recently launched petition calls for her to be inducted into the Hockey Hall of Fame. But while McCallion is no longer mayor, she still weighs on issues affecting the city. In fact, McCallion has opposed Crombie on two major issues—police street checks and urban sprawl. In fact, McCallion opined on urban sprawl as recently as 2016 in her capacity as an advisor to the provincial government on GTA issues, calling on the province to slow its development roll.

While McCallion's age makes another run unlikely, we wonder if she misses being top dog in one of the country's biggest cities.

If she ran again, she might just win with all the voters who truly and sincerely miss the woman who became Mississauga's beloved grandma.

Likelihood to run in 2018: Extremely low