What ‘The Umbrella Academy’ filming in Hamilton, Mississauga and Ajax means to the Ontario economy 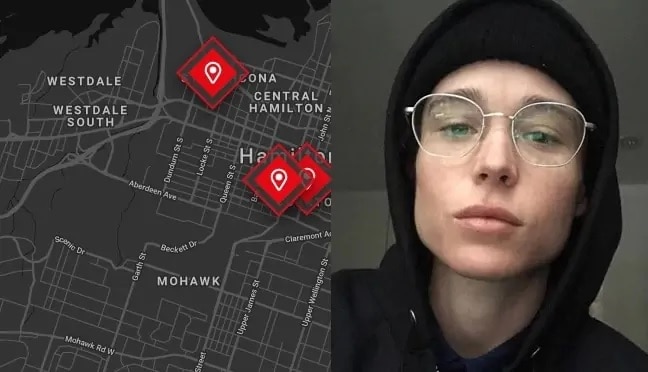 A new season of “The Umbrella Academy” means many things to the series’ diehard fans, but it may have also meant over $200 million in econeomic benefits for the Ontario economy.

The superhero streaming series that stars Elliot Page has filmed in Hamilton, Mississauga, Oshawa and Ajax, among other locations, during its run. Wednesday, as Season 3 of “TUA” debuted on Netflix, the the Motion Pictures Association-Canada (MPA) released an impact study about the economic activity generated the series.

Oxford Economics, which undertook the study, focused on the filming of the series’ second season. In its estimation, production of that season entailed costs of $77.3 million in Ontario alone. Since three seasons have been made, the estimated economic impacts could be thrice as large — in the $230M range.

About $45M was spent on payroll in Ontario, which is believed to have “stimulated” the equivalent of 1,120 full-time employees in Ontario. The other $32 million was spent on goods and services, supporting some 980 businesses provincewide.

Page and Oakville-born actor T.J. McGibbon (who plays the younger version of Page’s character, Viktor Hargreeves) are part of the series’ ensemble cast, many of the technicians and behind-the-camera creatives are also Canadian.

“The data released today demonstrates the significant local impact of global production, with just one season of ‘The Umbrella Academy’ creating over 1,120 jobs and support for more than 980 businesses in communities across Ontario,” MPA-Canada president Wendy Noss says. “Through global streaming, the talents of local creators and technical artists are being showcased to audiences around the world, with millions of people in more than 190 countries enjoying Canadian creativity on ‘The Umbrella Academy.’ ” 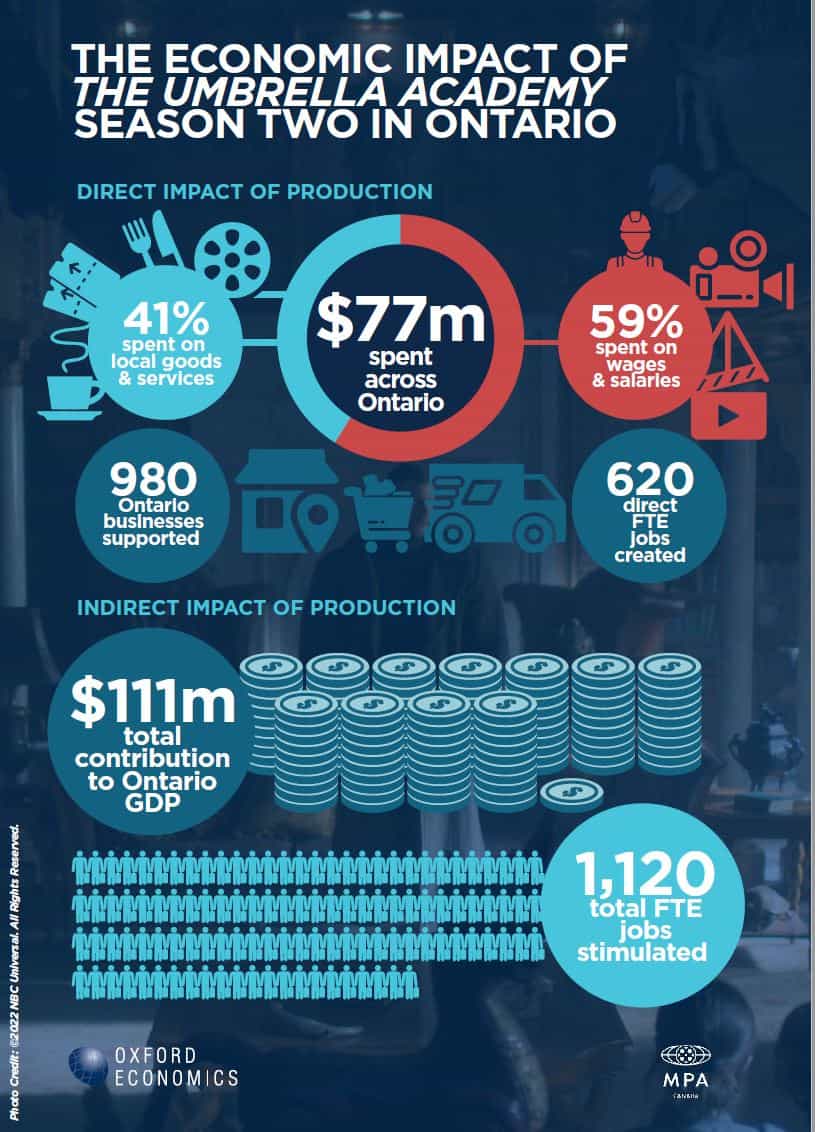 That second season involved shooting in 38 locations across Ontario. Gore Park in downtown Hamilton was used for an apocalypse scene, and another scene with time travel portals was shot in the alleys of Ottawa Street. VintageSoulGeek, a clothing store in Hamilton’s International Village shopping district, also helped supply some of the series’ wardrobe.

Last year, “TUA” earned six Emmy Award nominations. The City of Hamilton was also recognized in the Ontario Tourism Resiliency Awards for building a campaign around the series’ popularity to draw visitors to the city.

“The City of Hamilton’s Film Office and our first-rate community of film, tv, and creative professionals are ecstatic to have contributed to making The Umbrella Academy a smashing success with its outstanding storytelling, while furthering the economic engine that is our local film and tv industry,” Hamilton Mayor Fred Eisenberger stated on Wednesday. “Hamilton is pleased to be recognized by The Umbrella Academy and the Motion Picture Association–Canada as an exceptional place to film, and we will continue to provide the best environment to productions for years to come.”

While “The Umbrella Academy” streams on Netflix, it is produced by Universal Content Productions, which is a division of the entertainment conglomerate NBCUniversal.

The full report from Oxford Economics is available at mpa-canada.org.