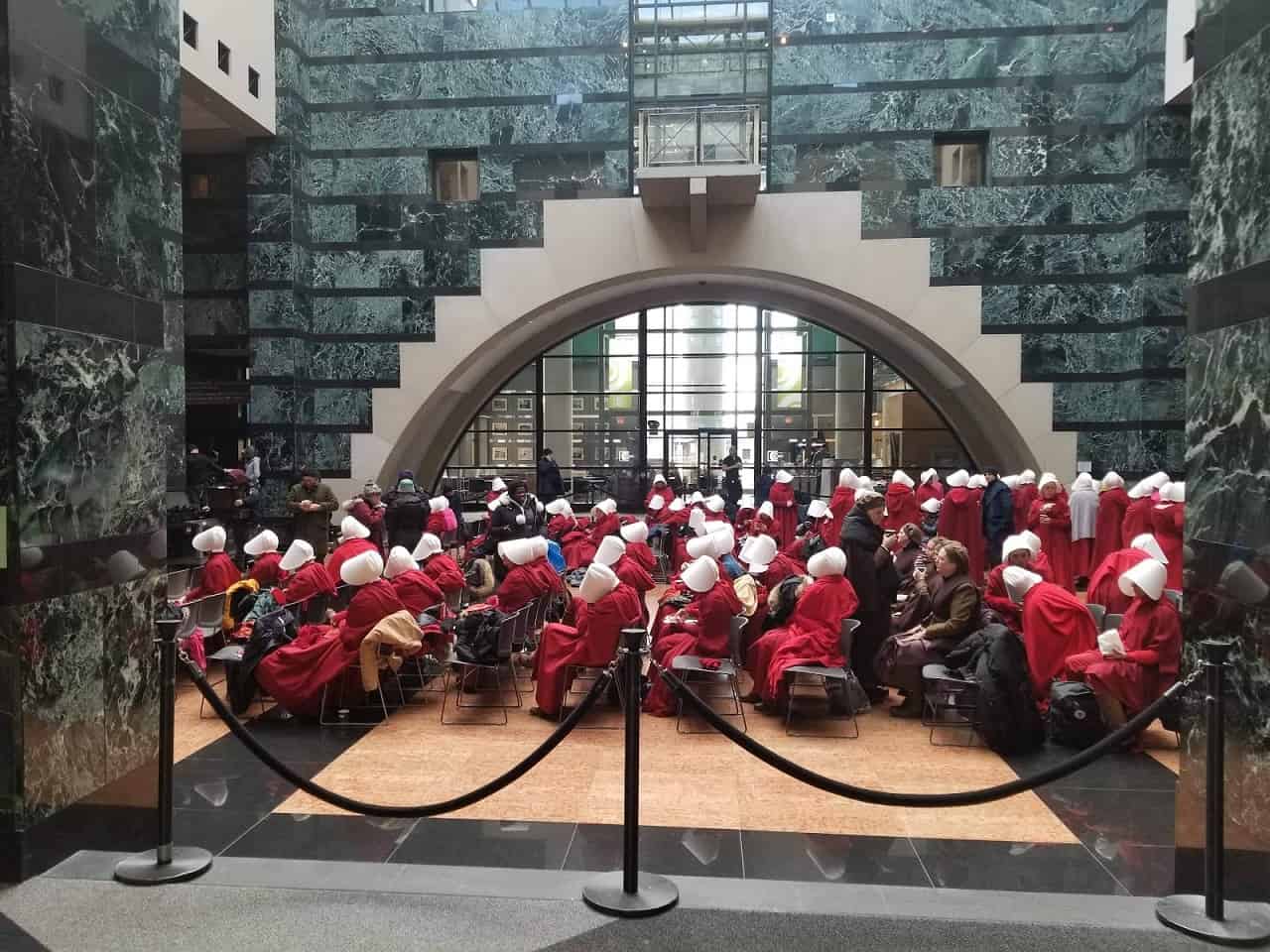 This scene from the Emmy Award-winning TV show The Handmaid's Tale was shot inside Mississauga City Hall.

An Emmy Award-winning American TV show shot in various southern Ontario locations including Hamilton, Mississauga, Brampton and beyond has placed among the top 10 most-streamed shows in at least one ranking.

The Handmaid’s Tale, set in a dystopian world where fertile woman are subjugated to re-populate a society devastated by disease and war, placed 10th on a list of Top 10 TV Shows of 2021 published by JustWatch.

JustWatch is an international streaming guide that lays claim to some 20 million users in 84 countries. 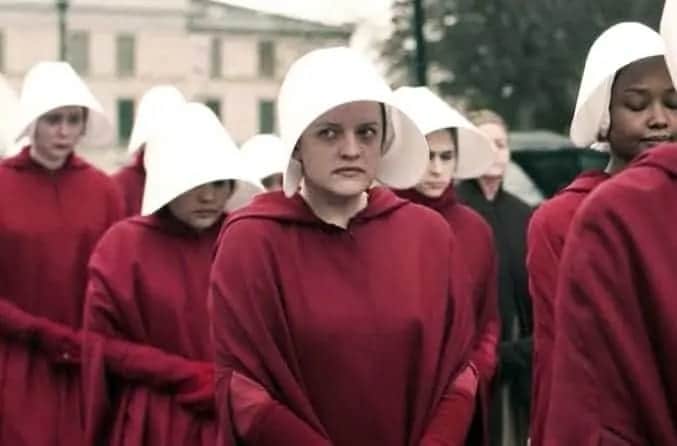 Based on the book by acclaimed Canadian author Margaret Atwood, The Handmaid’s Tale is shot mostly in Hamilton and Toronto. However, camera crews have also taken trips to Mississauga, Brampton, Burlington and Oakville, among other spots across the Golden Horseshoe, to shoot scenes and episodes.

In Mississauga a couple of years ago, the iconic Handmaids, dressed in the widely recognizable and traditional red gowns worn on the show, were spotted at Celebration Square and inside City Hall.

The show, which wrapped up its fifth season of filming this year, stars Elisabeth Moss (Mad Men) and Joseph Fiennes (Shakespeare In Love) and has won several Emmy and Golden Globe awards. 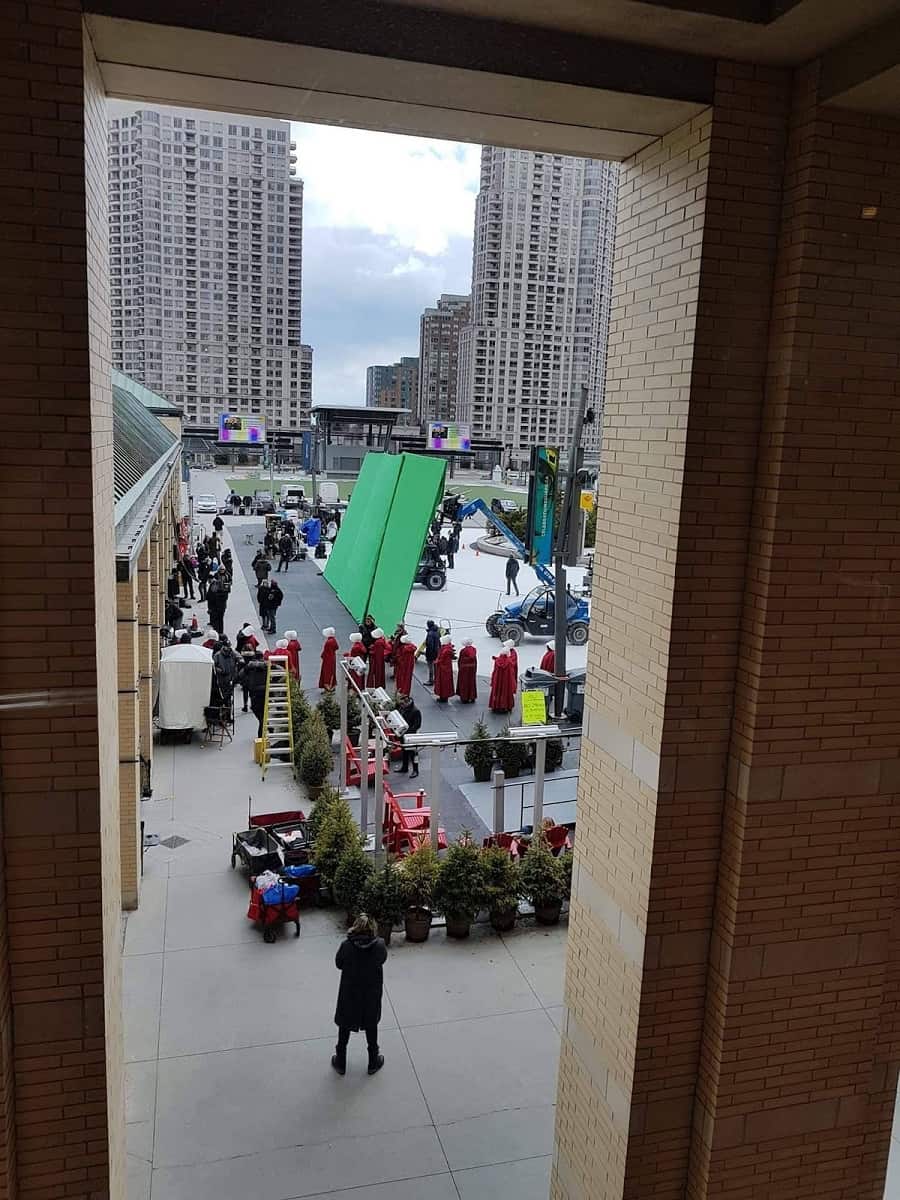 This scene from the show was shot at Celebration Square in Mississauga.

The series is set in Gilead, a totalitarian society in what used to be part of the United States.

Finishing ahead of The Handmaid’s Tale on the JustWatch list, in order first through ninth, were Rick and Morty, Manifest, Squid Game, Ted Lasso, What We Do in the Shadows, Only Murders in the Building, Mare of Easttown, Line of Duty and Yellowstone.