Take trash home with you if bins at parks are full, Mississauga tells residents 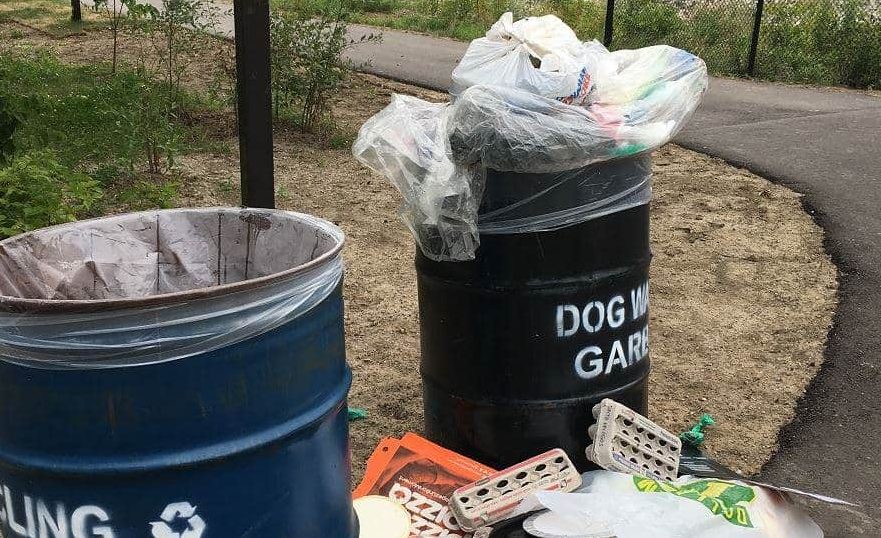 Mississauga park users are being told to bring their trash home to dispose of it if garbage and recycle bins at the city’s greenspaces are full.

The direction from City of Mississauga parks and recreation staff, delivered via social media, is being provided in response to numerous litterbugs who’ve either been placing garbage on the ground at the base of filled trash bins or, much worse, tossing trash anywhere and everywhere it doesn’t belong.

The prevalence of the latter behaviour became apparent as the snow melted a number of weeks ago, City officials say. Mississauga parks crews and volunteers were kept busy picking up tonnes of trash, from pop cans and food containers to face masks and other items that had been discarded by people over the winter.

City officials say more trash/recyclables combination bins are being moved back into parks and trails now that spring and summer are upon us.

That should alleviate the problem to some degree, they suggested.

REMINDER: When visiting our parks, remember to dispose of your litter properly.

If our park’s waste containers are full, throw your garbage out at home. @saugaparksrec pic.twitter.com/yRsxTjmNhT

She told colleagues and staff that there aren’t enough trash bins in city parks.

“Every park I go to, there are not enough garbage cans and there are no recycling cans next to the garbage cans,” said Parrish. “I think we should do an evaluation of how many garbage cans (are in place) and how often when they’re picked up you see debris around them” because people “try to be careful” and place garbage at the base of the can once it’s full.

Jodi Robillos, the City’s commissioner of community services, said with the transition from winter to spring, more trash and recycle bins are now being placed back in parks.

Many are removed during winter because City trucks and vehicles cannot access certain areas that time of year in order to empty the cans.

Additionally, she said, all City of Mississauga bins in parks are now “split cans,” with garbage on one side and recyclables to be deposited on the other side.

Last week’s discussion came just a few weeks after Mississauga officials stated publicly that the city has a litter problem, and it’s growing.

They noted that the melting snow turned up tonnes and tonnes of discarded trash on streets, in parks, rivers and streams, and elsewhere–even in places where plenty of garbage cans are available nearby.