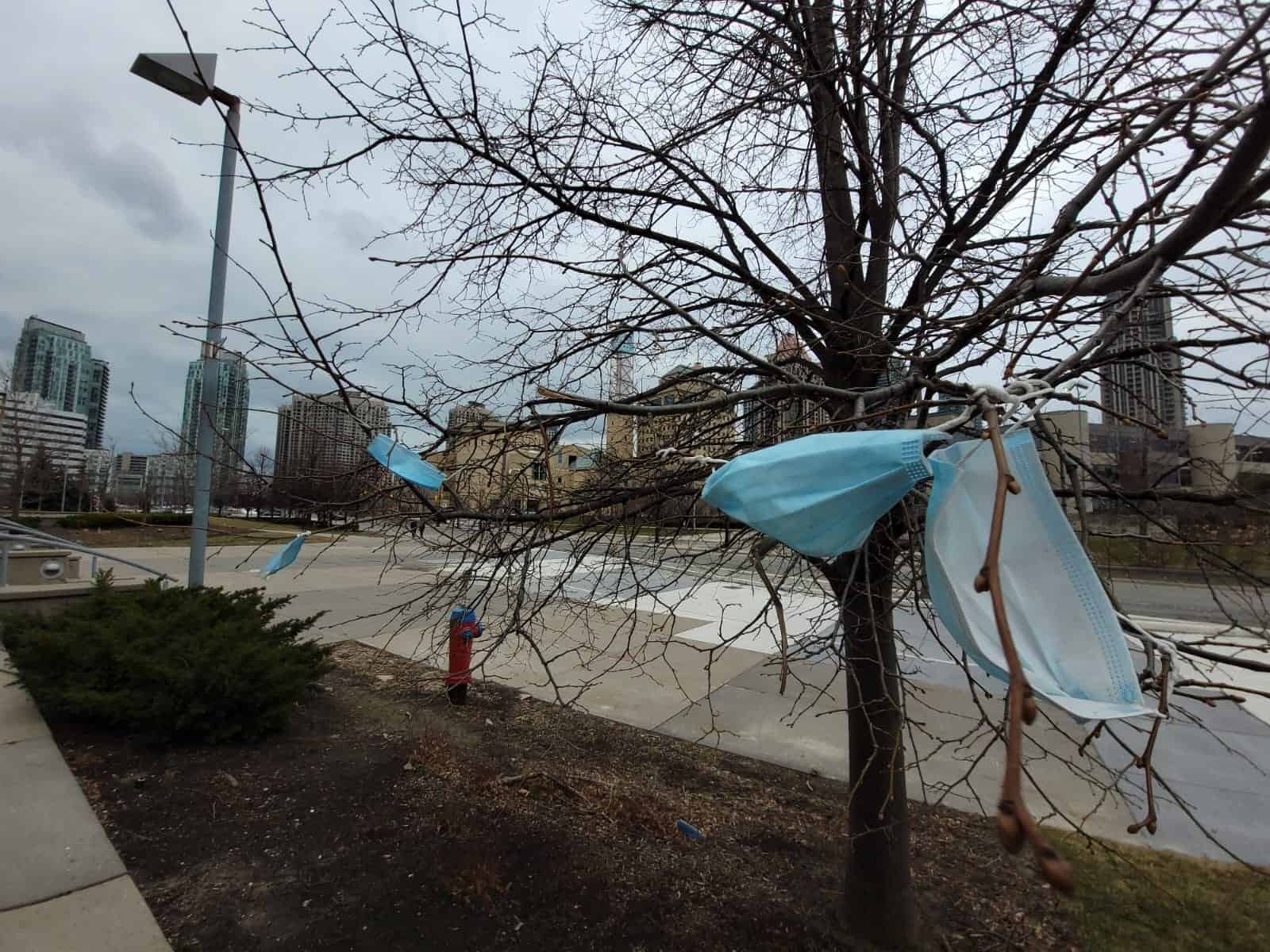 Mississauga has a huge litter problem, and it’s getting worse.

That’s the conclusion City of Mississauga officials have reached as the melting snow has turned up tonnes and tonnes of discarded trash on streets, in parks, rivers and streams, and elsewhere–even in places where plenty of garbage cans are available nearby.

City clean-up crews report a dramatic increase in the amount of litter since the start of the COVID-19 pandemic just over two years ago.

Relatively new litter items such as discarded face masks and other PPE (personal protective equipment) have been found on the streets and in parks in large numbers, officials say, many of the items hanging from trees and bushes.

“Masks and other discarded PPE have added to litter and pollution in forests, woodlands, parks, rivers and creeks,” the City says.

Additionally, coffee cups, pop cans, water bottles, pieces of Styrofoam, old drywall, fast food wrappers/containers, cigarette butts and gum have all been found piled up in ditches, parks and even hanging from trees.

Particularly troublesome, the City notes, is the amount of trash found that’s blocking stormwater catch basins on streets. Clogging those areas can lead to flooding.

“The influx of garbage has become a consistent issue for City maintenance crews who are working hard to keep up with the growing amount of litter in the city,” officials say, adding workers have been busy in recent days cleaning up a “significant amount of litter, by the hundreds of bags full” in neighbourhoods, parks and streets. 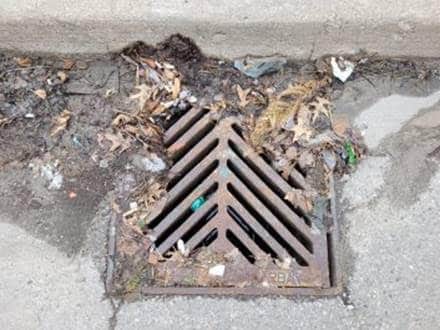 “Even with additional waste bins and more frequent emptying, litter continues to be a problem,” officials continued. “Litter is completely preventable, yet it continues to be a big problem in Mississauga. It’s impacting residents, the environment and wildlife.”

If that doesn’t encourage everyone, the City notes that stiff fines for littering (up to $500 or more) and illegal dumping can be levied.

A City bylaw prohibits the throwing, placing or depositing of refuse or debris on private property, or on property of the City. In Mississauga, it’s illegal to dump garbage, renovation, household or bulky items at facilities and parks, officials say.

Under the Environmental Protection Act, an individual or company can face significant penalties for each offence committed.

“Litter comes from different places and happens out of unawareness, convenience, laziness or carelessness,” City officials say. “The City has installed waste and recycle bins in parks, waste bins at some bus stops, parking lots and sidewalks so people can dispose of their waste properly.” 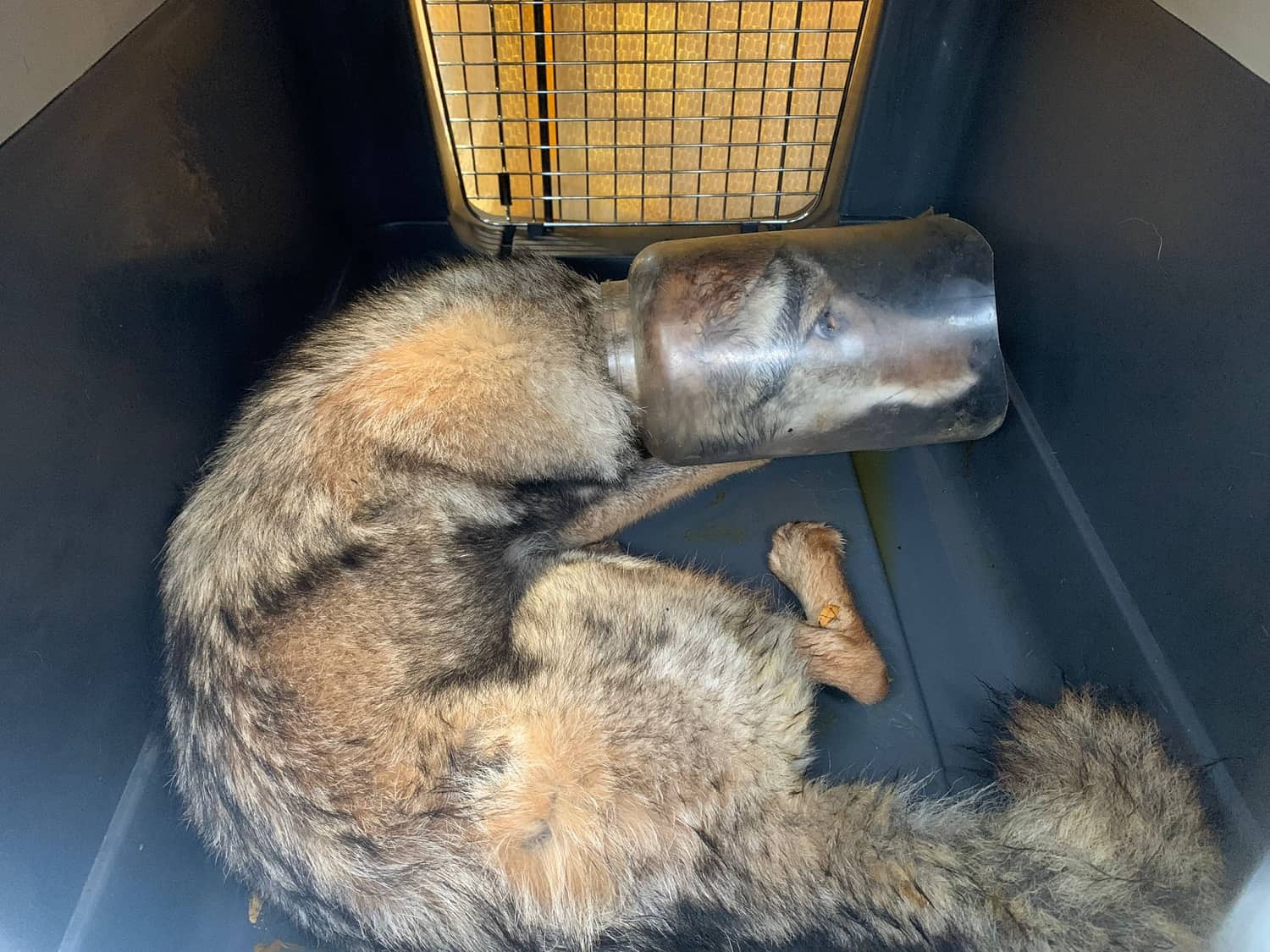 Mississauga clean-up crews say littering negatively impacts everyone and everything including children, pets, wildlife and the environment.

“Areas that are commonly used by children like parks, playgrounds and sports fields are not safe if covered in litter. It can pose a health and safety concern for our youngest residents,” officials say.

For more information about how to stop litter issues in your neighbourhood, visit the City’s website and search “litter.” 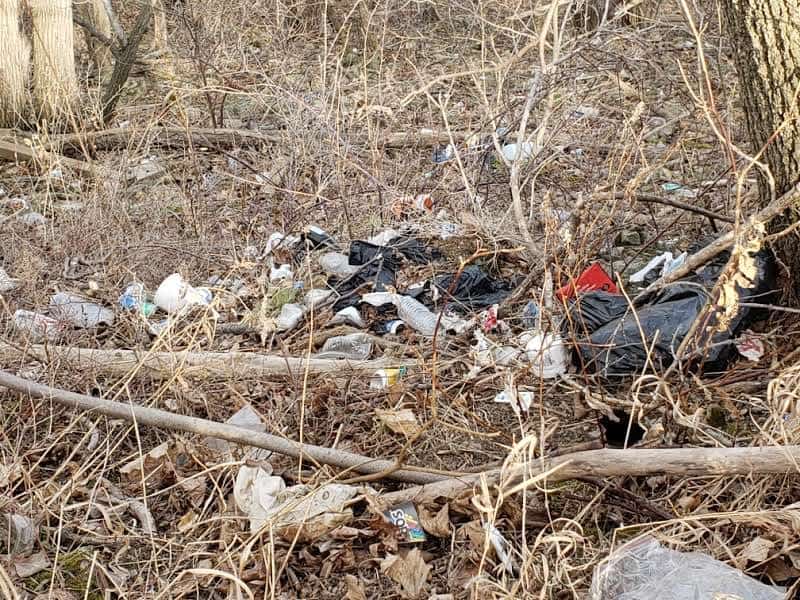