Opinion: Hamilton entertainment precinct plan is scaling up arena, but it will need local teams 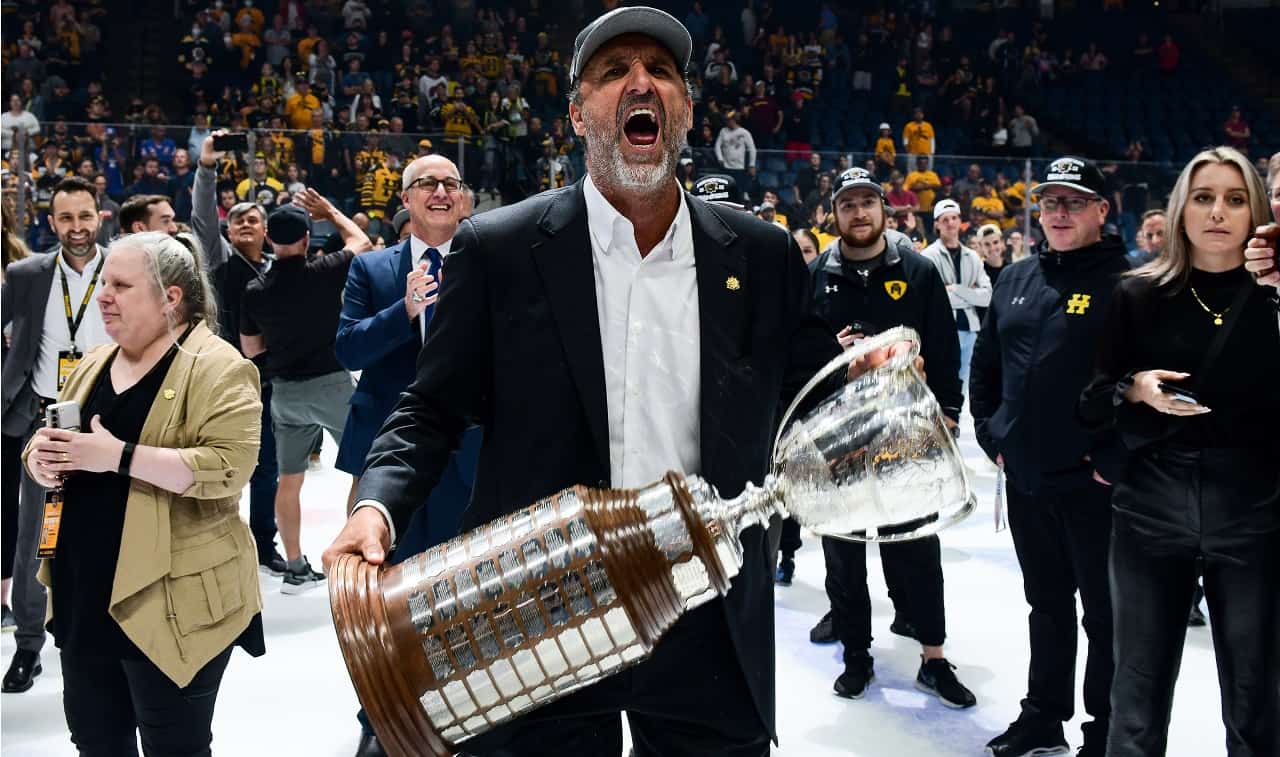 One heavy-hitter sports executive joining the FirstOntario Centre reconstruction will likely yield a more opulent arena in the long run.

In the short run, three Hamilton-based pro sports franchises — hockey’s Hamilton Bulldogs, basketball’s Hamilton Honey Badgers and lacrosse’s Toronto Rock — face displacement. But that is a season away, and the more elaborate arena will need local teams to play in it.

Multiple media reports in Hamilton in the past few days have indicated that the start of the redevelopment of the 37-year-old arena will start in the spring or summer of 2023. Fixing up FirstOntario is part of the privately funded Hamilton Urban Precinct Entertainment Group (HUPEG) master renovation plan, which the city agreed to in June 2021. Approving the project got Hamilton taxpayers out of the entertainment business. The project cost was initially pegged in the $500-million range before accounting for delays, plan alterations and inflation.

The COVID-19 pandemic pushed back the start date for the arena reconstruction. And recent reports note that Tim Leiweke, the former Maple Leaf Sports and Entertainment (MLSE) president who now leads the Oak View Group, a development and investment firm focused on the live entertainment and sports industries, has come on board with HUPEG. That, per the reports, means the arena plans are being scaled up to draw more A-list entertainment acts.

An arena, though, needs anchor tenants to avoid becoming a white elephant. The Bulldogs in the Ontario Hockey League (OHL), the Honey Badgers in the Canadian Elite Basketball League (CEBL) and the Rock in the National Lacrosse League (NLL) combine for 53 playing dates when their regular seasons are added together. Potential playoff games increase that total. The Bulldogs also had 10 playoff home games this spring during their run to the OHL championship and a runner-up finish in the Memorial Cup.

It seems like a mortal lock all three will be put out in the 2023-24 sports cycle, but playing downtown in the ninth-largest city in Canada is ideal most of the time. Here are some of the moving parts involved for all three:

The Bulldogs are by far the most resource-intensive sporting venture of the three, and also the one with the deepest roots in the area.

The OHL, which is a professional-format development league whose players are 16 to 20 years old, opens training camps around Labour Day. The 68-game regular season, COVID-19 protections permitting, spans from late September until mid-March. Like the NHL, the league playoffs take about two months, with four rounds of best-of-seven.

Bulldogs chairman Michael Andlauer, who has owned a hockey franchise in Hamilton since 2002, has pushed for a right-sized long-term home for his team for years. In 2019, the City of Hamilton did not bite on a proposal from Andlauer for an arena near Limeridge Mall, where he would have put up some of the construction cost but the city would have payed most of the shot. In early 2021, it was also reported that there was a dialogue between Andlauer and Burlington Mayor Marianne Meed Ward.

Anything that ever comes of that would have to involve building an arena from scratch. That would take years.

Pandemic restrictions during the first half of last season skewed average attendance figures downward. Demand also varied in the playoffs. The Bulldogs drew an OHL final-record 11,779 to the deciding game on June 22. In the early rounds, which they swept with no urgency, crowds were in the 3,000 to 3,500 range.

The Canadian Hockey League (CHL), the corporate parent of the OHL, can be flexible with seating for a temporary home arena. For instance, the Winnipeg ICE of the Western league (WHL) has been playing in a 1,600-capacity university arena since 2019. They do not yet have a concrete plan for a more permanent home.

Under the heading “just saying,” that is a smaller capacity than the 2,500 of the Dave Andreychuk Mountain Arena. If it came to that for the Bulldogs, they likely would not face being there for 3-4 seasons.

The CEBL, a Canadian-focused league whose talent pool includes players with NBA exposure, Canadians who play in top international leagues in the winter, and Canadian university student-athletes, has a late May-to-early August summer schedule. Commissioner Mike Morreale is a Hamilton native and also a former Tiger-Cats football star.

The Honey Badgers, who are in first place in the CEBL, drew a season-high crowd of 2,723 to a home win on July 14. Recently, there was also a sellout turnout of 6,000 on Canada Day when the men’s national team, led by Hamilton native Shai Gilgeous-Alexander of the NBA’s Oklahoma City Thunder, faced the Dominican Republic in a FIBA World Cup qualifying game.

The four-year-old CEBL is the most fluid in terms of arena needs. Some of the league’s teams have tried creating an atmosphere in a cozy environment. The Edmonton Stingers, for instance, play in a 4,000-seat court inside a convention centre. Two of the more raucous settings in the league are in Montréal and Toronto, where expansion teams have debuted this spring. The Alliance play in the 4,111-seat Verdun Auditorium, while the Scarborough Shooting Stars play in the 2,000-seat fieldhouse at Toronto Pan Am Sports Centre.

Basketball is much less resource-intensive than hockey, and the Honey Badgers have only a dozen or so home dates to fill per season. Guelph, Kitchener, Mississauga and St. Catharines all have basketball courts in their OHL arenas, so there are options.

The Rock moved operations to Hamilton for the ’21-22 NLL season, signing a five-year lease with Core Entertainment. At that time, Rock president and CEO Jamie Dawick lauded the “significant reduction in game operations costs as well as the opportunities that exist to better connect with our fan base and most importantly grow that fan base and increase revenues.” Previously, the Rock had played in Scotiabank Arena in Toronto.

The team’s final home game of the inaugural Hamilton season drew a crowd of 7,992 on May 21. That might have involved some small out-of-town boost since the Rock faced the longtime rival Buffalo Bandits, who are geographically proximate and are one of the NLL’s most established teams. The Rock had 7,241 fans out to a playoff game two weeks earlier against the Halifax Thunderbirds.

Any sports operator will want to build on those attendance figures. They also fall in the range of what the capacity will be in the arena. The NLL also uses buildings that are somewhat smaller than those built for the NHL and NBA. The smallest arena in the 15-team NLL is Scotiabank Centre in Halifax, which holds 10,595 and is also shared with a CHL team, the Québec league’s Mooseheads.

In short, there are a lot of moving parts for Hamilton sports. All three teams are going to have to find somewhere to play, but they might not have a better long-term solution elsewhere.