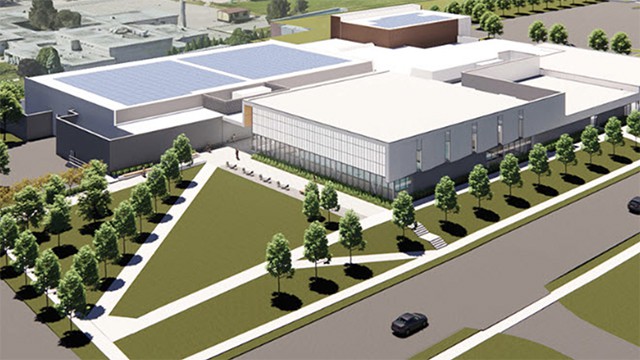 A Mississauga man has launched a petition calling on the city to preserve a covered outdoor skating rink that’s slated for removal, but a city spokesperson says that the rink cannot be saved due to previously approved renovation plans.

That said, it does appear another outdoor rink could be created in the future.

Late last year, Mississauga resident Joe Galati launched a change.org petition calling on Mayor Bonnie Crombie and members of council to cancel the planned conversion of the outdoor rink, located at the Burnhamthorpe Community Centre, to an aquatics centre.

The rink is slated to close this spring due to the planned renovation of the community centre.

The existing community centre–located on Gulleden Drive, near Burnhamthorpe Road East and Dixie Road–is getting a new addition as well as a makeover in 2021. The city says the redevelopment will also include renovations of the existing spaces, including the gym, multipurpose rooms, indoor arena and public spaces.

According to the city, the addition will feature a new state-of-the-art aquatic centre, as well as a club-format fitness centre. The city’s website says that due to site constraints and design requirements, the addition will be connected to the north side of the existing building, which includes the area on the northeast corner that is currently occupied by the outdoor rink. 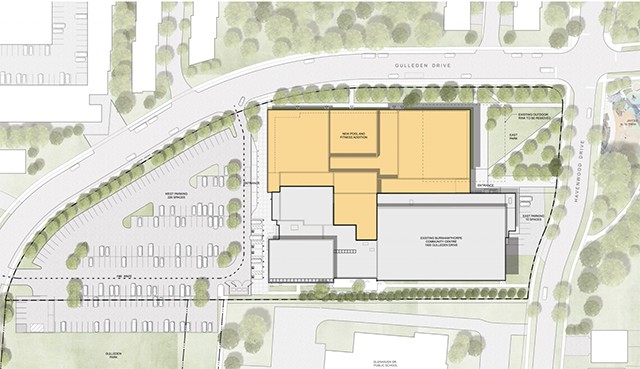 Galati’s petition asks the city to keep the rink open by investing in capital upgrades to keep it open all winter long, much like the rink at Celebration Square, so that residents can enjoy free skating, stick and puck and shinny programs.

“Embracing winter is a Canadian tradition deeply connected to skating and hockey in the breeze of the cold outdoors while our hearts beat and heat our insides connecting with all on the ice around us,” Galati’s petition reads, adding that outdoor covered rinks are few and far between in the GTA.

“Where is the recreational diversity?” the petition, which has received over 4,500 signatures, asks.

While the city says it’s too late to preserve the outdoor rink, it does look like a replacement rink is possible.

“The renovation to the Burnhamthorpe Community Centre brings long-awaited improvements and new amenities to the community which residents have been asking for, for years. The new aquatics facilities and fitness centre, along with improvements to the program spaces and the indoor arena facilities will benefit the greater community year-round,” Shari Lichterman, Commissioner, Community Services, said in an email to insauga.com, adding that Galati’s petition has not been formally submitted to the city.

“There is no opportunity to ‘save’ the current rink – the community centre renovation plans have been finalized, site plans approved, contractors hired and construction is starting in the spring.”

However, Lichterman says the city plans to work with residents to identify a new outdoor rink location “if the demand and interest remains high” as Mississauga emerges from the COVID-19 pandemic.

“To confirm the plans to relocate the rink we would do the consultation work in 2021 so that we could make a decision in that year on a new location,” she says. 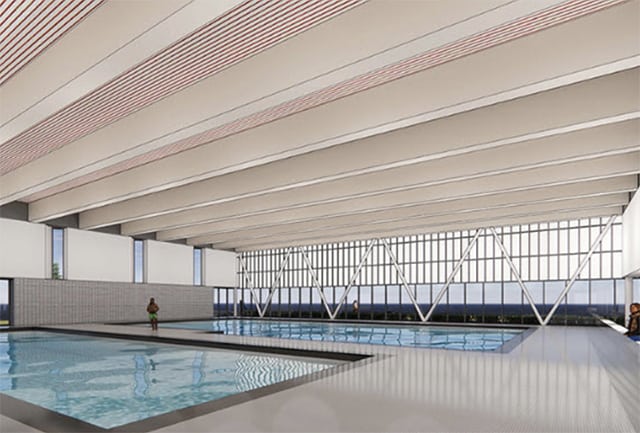 In the petition, Galati argues that even just one replacement rink won’t be enough for a city of over 700,000 people. According to Galati, nearby Toronto has 54 city-run outdoor refrigerated rinks, while Brampton has four.

As of now, Mississauga operates three outdoor rinks, including the one at the Burnhamthorpe Community Centre.

“Mississauga’s government, under Bonnie Crombie, will leave just [one] reliable refrigerated rink for every 361,000 people, ranking dead last by far! Any promise to build a lesser quality uncovered rink years into the future is reactive governing reflecting poor planning and the city deserves better,” the petition reads.

“We are a nation of hockey and skating not swimming…and hockey is expensive so providing a place for kids to practice and work on skills for FREE, regardless of income level, helps build character, talent and pre-emptive health care by getting people away from video games, TV, and movies sitting on the couch.”

While the outdoor rink will be demolished, the city’s website says residents will still be able to skate at the community centre’s indoor Chic Murray Arena.

“Improvements will be made to the indoor arena at Burnhamthorpe Community Centre and residents will continue to have access to a total of 23 pads of ice across the City,” the website reads.

“Based on the declining utilization of arenas in Mississauga, which is a trend that all of the GTA is seeing, we will continue to be able to meet the demand with this inventory. While not refrigerated plants, we also offer free access to approximately 25 natural rinks city-wide in partnership with local communities.”

Renderings courtesy of the City of Mississauga