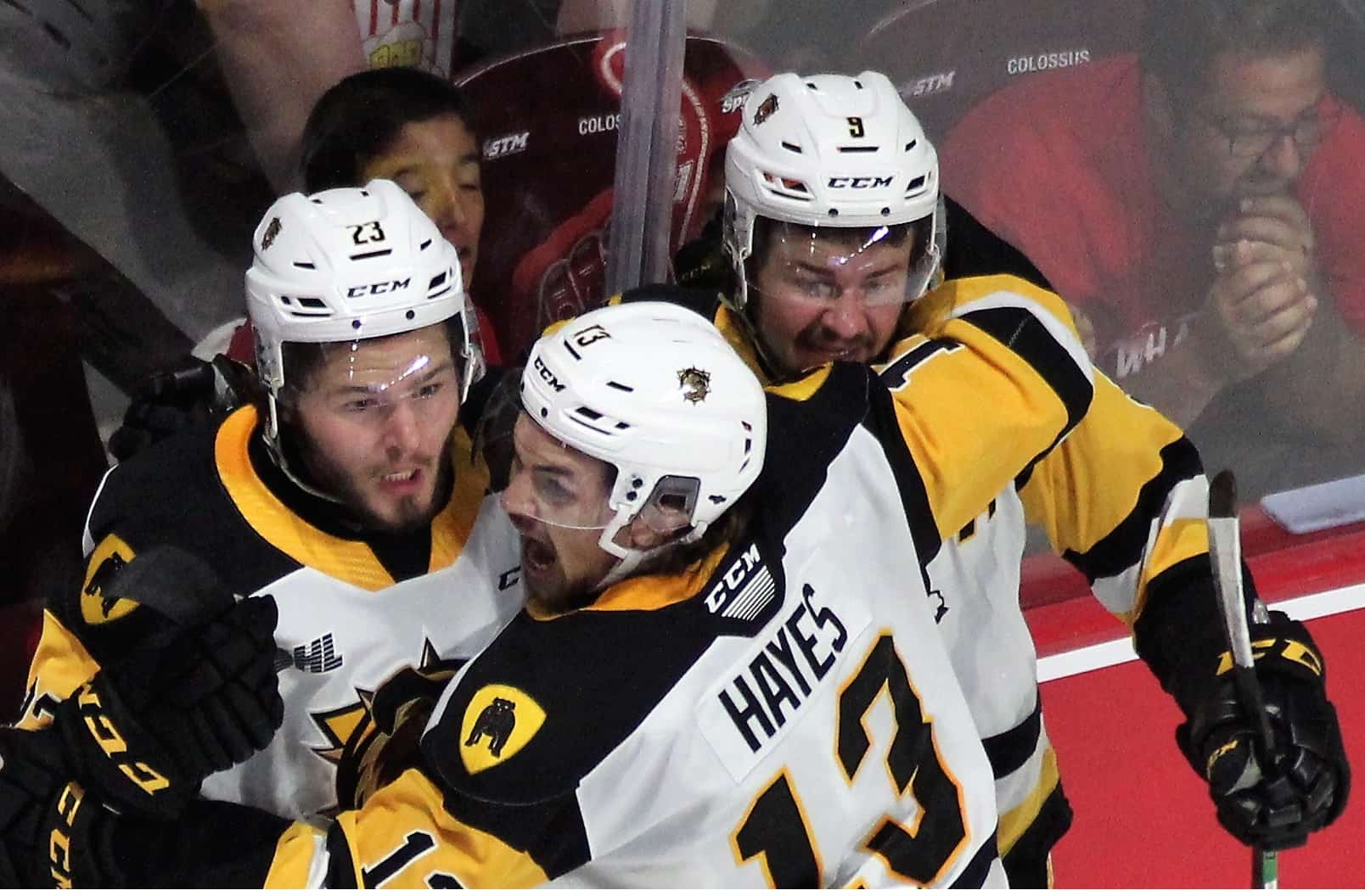 Following two springs without the league championship or Memorial Cup being awarded, a seven-game final might seem extra-savoury for anyone emotionally connected to the OHL.

Junior puck might not lend itself to historical reflection, since it played by teens and young adults who cycle through the league while hyperfocused on making the next level. Whether they are a first-round pick such as the Hamilton Bulldogs’ Mason McTavish, or a just-happy-to-be-there, good-in-the-room Tyler Tryhard type, Ontario Hockey League players always say the experience goes by in a blink of an eye.

The Bulldogs and Windsor Spifires playing Game 7 in the final on the fifteenth of June is uncharted territory for the OHL, which had to extend the season due to COVID-19. Going the distance is rare enough.

Only three of the league’s previous 15 championship series between 2005 and ’19 went the distance. The last one before this spring was in 2013.

To an older adult, that might seem recent. But nine years ago, Hamilton was not part of the OHL. Present-day Edmonton Oilers superstar Connor McDavid had just won the league’s rookie of the year award with the Erie Otters. The youngest regular on the current Bulldogs, homegrown wing Patrick Thomas, would have been an eight-year-old in what was still called the novice age group.

All-the-marbles, winner-take-all Game 7 showdowns can be anticlimactic, if it turns out one team is too dinged-up and drained from the previous six chapters in the series. But there is a lot of context to cover before the puck drops between the Bulldogs and Windsor on Wednesday (7 p.m., TSN 1/4, Bulldogs Audio Network).

How did they get here?

Logan Morrison scored his OHL playoffs-most 16th and 17th goals for Hamilton in Game 6 on Monday. But the rest of Hamilton’s attackers were suppressed by Spitfires goalie Mathias Onuska in a 5-2 decision that tied the series for the third time.

Hamilton scraped out consecutive 3-2 wins in games 4 and 5 to get within one victory of capturing the J. Ross Robertson Cup.

Both teams have won twice at home and won once on the road in overtime. In both of those instances, the home team had a late lead go poof.

Last Friday, in Game 4, Hamilton won 3-2 in overtime. Gavin White scored the sudden-victory marker, after a late equalizer from Nathan Staios with 1:57 left in the third period.

What is at stake?

The winner goes on the Memorial Cup, which takes place from June 20-29 in Saint John. The host Sea Dogs and two other league champions, the Edmonton Oil Kings and Shawinigan Cataractes of the Western and Quebec leagues, are waiting for the OHL representative to be resolved.

Who has history on their side?

This is actually the first series the Bulldogs have been involved in that did not end in a four-game sweep since the championship run in 2018. No player from that team is still on the roster.

That same spring of ’18, Bulldogs coach Jay McKee was involved in an overtime Game 7 in the league semifinal as the Kitchener Rangers’ bench boss. The Rangers lost to the Sault Ste. Marie Greyhounds. But Kitchener was the underdog in that series, and stretching out Sault Ste. Marie might have helped Hamilton’s cause in the final.

The Bulldogs’ only Game 7 was back in their second season, against Kingston in 2017. That team lost 3-2 in overtime.

For what it might be worth, Windsor, which is coached by former Boston Bruins (and Oshawa Generals) star Marc Savard, won a Game 7 to reach the final. The Spitfires shut out the Flint Firebirds 4-0 in Game 7 of the Western Conference final, but were on their home ice.

Prior to this spring, though, the Spitfires had not won a playoff round since 2011, when Freelton-raised future NHLer Ryan Ellis was their captain and the Toronto Maple Leafs’ Jack Campbell was their goalie. However, in 2017 they won the Memorial Cup as the host team.

When have other finals gone the distance?

As noted, the last seven-game final in the OHL was in 2013. The London Knights, surmounting a 1-3 series deficit, beat the Barrie Colts when Bo Horvat went bar-down at 19:59 of the third period in Game 7.

The other recent series that have gone seven:

Where does this rank for Hamilton hockey moments?

It is a hard lineup to make. Just this year alone, the city has cheered on hometown star Sarah Nurse as she set an Olympic hockey scoring record for gold medal-winning Team Canada at the Beijing Games. And more than 26,000 fans attended the NHL Heritage Classic at Tim Hortons Field in March.

The arena at Bay Street and York Boulevard that was originally known as Copps Coliseum has had some big moments. This September marks the 35th anniversary of the 1987 Canada Cup, whose final two games were played in Copps. In the last big international hockey clash between Canada and the Soviet Union before the end of the Cold War, a Team Canada that had one-name-only legends such as Gretzky, Lemieux, Bourque, Coffey, Messier, Hawerchuk and Fuhr won in dramatic fashion.

The 1990 Memorial Cup was also held in Hamilton. With the hometown Dukes pulling out for (non)competitive reasons, the OHL got to send its two best teams, the Oshawa Generals and Kitchener Rangers. They both advanced to the final, and more than 17,000 fans attended a championship game that Oshawa won in double overtime.

The minor pro American Hockey League version of the Bulldogs, backed by a young Carey Price, won the Calder Cup in 2007. That involved a team with “Hamilton” in the name playing for a major trophy. So there is that to consider this time around.