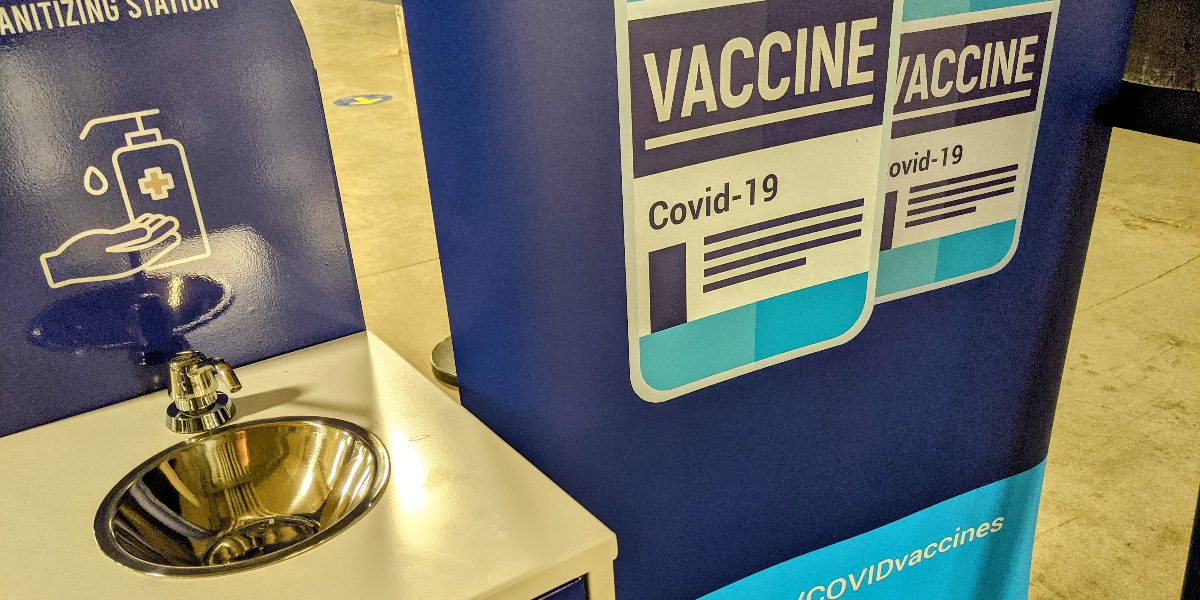 In the AG’s annual report released today (Nov. 30), a value-for-money audit focuses on the province’s COVID-19 vaccination program over the more urgent stages of the pandemic.

The audit finds that Ontario inconsistently applied its prioritization process when it selected 114 hot spot communities to receive COVID-19 vaccines ahead of lower risk communities. Consequently, nine high-risk neighbourhoods were excluded. Consequently, eight neighbourhoods, which the Ontario Ministry of Health said were “grandfathered in” as high-priority communities,  got vaccines sooner. The health ministry, though, never  gave the AG supporting “analyses” of how it reached that conclusion.

Neighbourhoods, for vaccine rollout purposes, are defined by the first three characters of postal codes. The AG’s audit shows that the L8M and L8P neighbourhoods in Hamilton should have been prioritized. The Ministry of Health and a vaccine task force ultimately made those decisions.

Parts of those neighbourhoods are in the Hamilton Centre riding. Hamilton Mayor Andrea Horwath represented that area at Queen’s Park while she was Ontario’s official opposition leader, helming the Ontario New Democrats opposite Premier Doug Ford and the PC Party of Ontario.

Five are in York Region, two are in Windsor and one was in Ottawa. The Ministry of Health, per the report, added them to a High Priority Communities Strategy because they had “needs identified through COVID-19 testing data from summer 2020 as well as poverty and/or ethnicity concentration.” 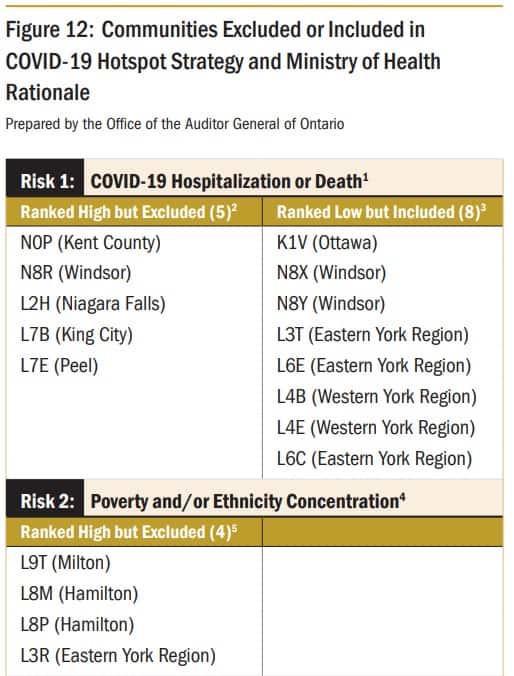 However, the office of the auditor general has never received any analysis supporting this decision.

“These eight lower-risk postal code regions were included in the final hotspot strategy because they were grandfathered in from the High Priority Communities Strategy. However, part of the data and analyses that supported the High Priority Communities Strategy came from
the public health units; the Ministry could not provide these analyses at the time of this audit.”

The annual reports are intended to improve delivery of public services in Ontario. The AG is calling on the Ministry of Health and the Ministry of Solicitor General to follow the scientifically supported methods and be transparent.

“We recommend that the Ministry of Health, in conjunction with the Ministry of the Solicitor General, incorporate into its future pandemic response plan the need to consistently apply prioritization methodologies supported by scientific data and make this information publicly available,” the report reads.

Christine Elliott, who has since retired from elected politics, was Premier Ford’s health minister and deputy minister in 2021. Current Health Minister Sylvia Jones was the Solicitor-General at that time.

By early August 2021, Toronto-based research group ICES found that the L8M neighbourhood had the eighth-highest COVID-19 positivity rate in Ontario. At that time, the local councillor, Ward 3 Coun. Nrinder Nann said that she and a team of volunteers canvassed her ward to tell people about vaccine clinics.

“Bringing the vaccine and reliable information to where people are is essential in addressing low vaccination rates,” Nann wrote in a Twitter thread on Aug. 6, 2021.

That same month, the L8P area also turned up among the highest COVID-19 positivity rates in Ontario. Getting vaccinated helps slow COVID-19 transmission, which has downstream effects on reducing hospitalization and deaths.

The AG’s report also presents the cost efficiency per public health unit. It says it cost $52 in public money for each dose given. Hamilton came in under the average at $50.

Over the 2½-year course of the pandemic, Hamilton has had 638 deaths related to COVID-19.

(Graphic: Office of the Auditor General of Ontario.)