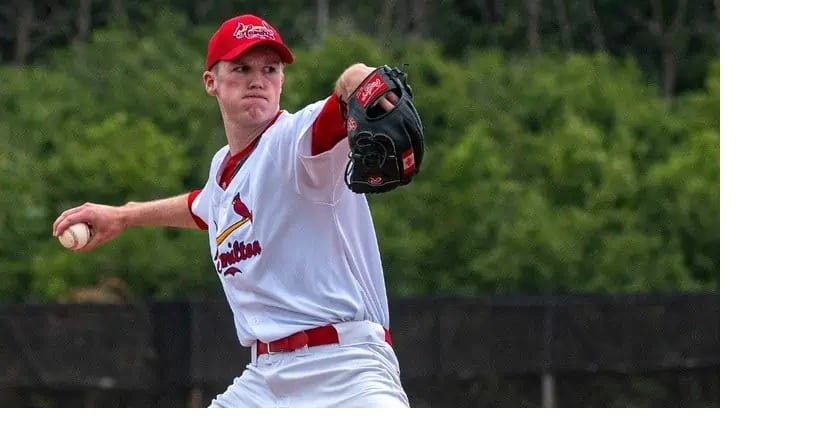 The off-season revamp of the Hamilton Cardinals has extended to the managers.

The city’s entry in the Intercounty Baseball League has announced that George Halim will be their new general manager and Dean Castelli is rejoining the fold as field manager. The additions to the baseball ops are among the big moves that the ballclub promised to deliver when managing partner Eric Spearin came aboard.

Halim, a Grimsby resident, has scouted for two Major League Baseball organizations, the Arizona Diamondbacks and Texas Rangers. He helps evaluate developing ballplayers at Prep Baseball Report and has been involved with building baseball programs in Canada and the United States, including the Fieldhouse Pirates in Burlington, Humber College, and Niagara County Community College. Halim will be supported by returning assistant GM Larry Wood.

“George is the perfect fit for our player-focused GM role,” states Dennis Concordia, a partner in the Cardinals alongside Spearin and the Mercanti family. “We believe that he brings energy to our organization and is well-connected in the baseball community to help us build a competitive and contending team.”

“I wanted to have Dean back in the dugout for this new era of Hamilton baseball,” Spearin states. “His passion for the community and this team is unmatched.”

Castelli will be joined in the dugout by returning assistant coach Chris Piano and new pitching coach Chris Davies.

The addition of Spearin was announced in mid-September. The Cardinals’ other partners are remaining involved.

In 2022, Hamilton had a rough start but recovered to make something of their season. The Cardinals were a tough out in the IBL semifinal against the eventual league champion London Majors. They also upset the Guelph Royals, who were augmented by former Toronto Blue Jays outfielder Dalton Pompey, in the quarterfinals.

The timing of the change in baseball operations follows the one in the partnership structure. Last season, then-general manager Jeff Lounsbury added double-duty in the dugout, after having already taken on the pressures that the COVID-19 pandemic created for community sports teams such as the Cardinals.

“We thank Jeff and his coaching staff for their leadership over the past several years as they were able to navigate the team through the pandemic but also achieve significant success by advancing the team past the first round of playoffs in three of the past four seasons,” a post on the Cardinals’ Instagram account reads.

The league paused competition in 2020 due to COVID-19. (Major League Baseball had to cut its regular season by more than 60 per cent and expand its playoffs that year. Minor League Baseball also did not play in ’20.)