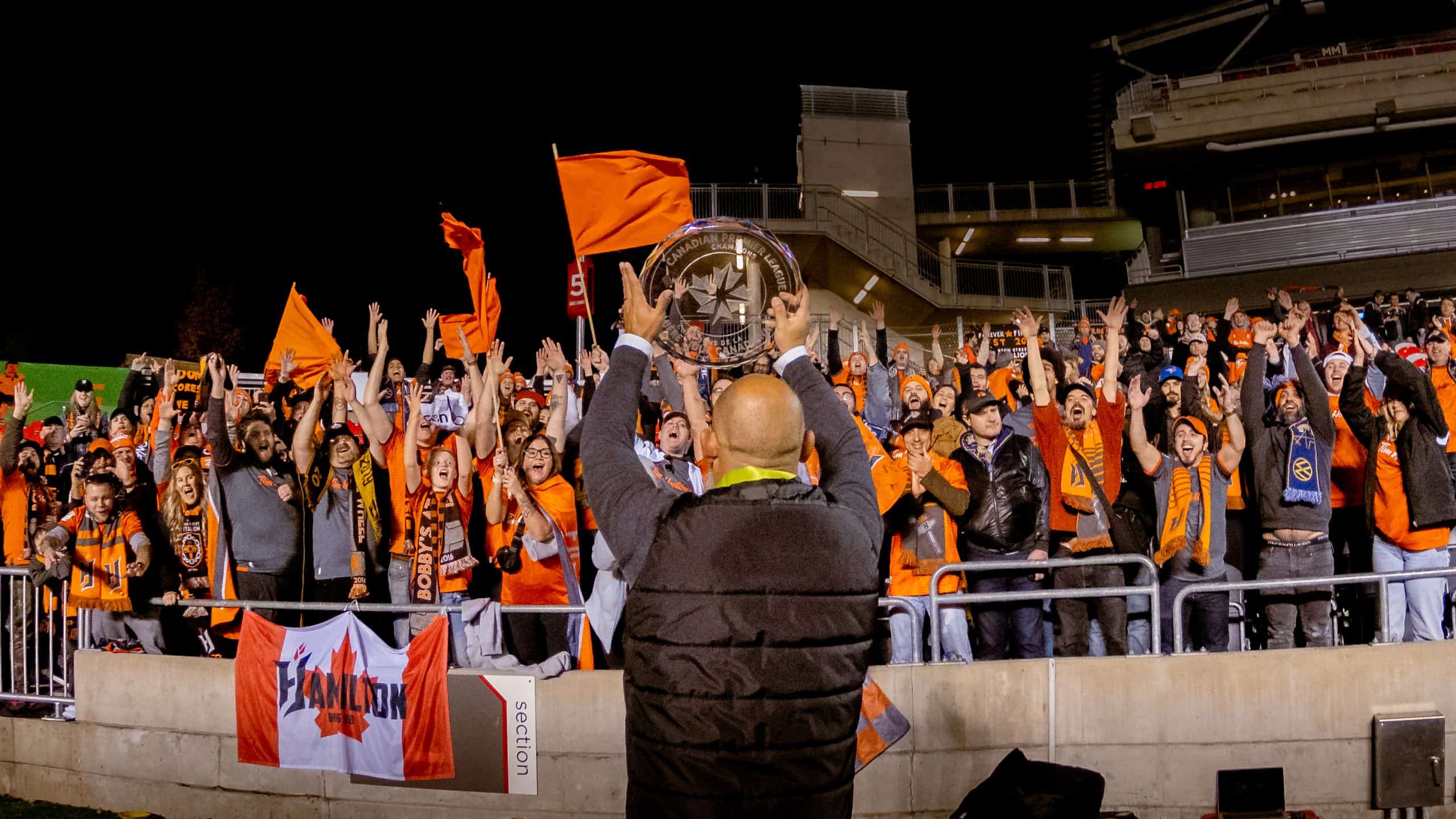 Supporters of Forge FC are invited to the victory party in Hamilton.

The three-time Canadian Premier League champions are holding a celebration at 7 p.m. on Thursday (Nov. 3) at Tim Hortons Field to savour a season that ended with head coach Bobby Smyrniotis being raised over the players’ heads after the club won the North Star Shield. Forge FC regained the Shield through a 2-0 win against Atlético Ottawa last Sunday.

A large supporters’ section followed the club to the nation’s capital for the final, which drew 15,000 fans to TD Place stadium. Second-year Atlético Ottawa went from also-ran in its yearling campaign to a first-overall finish in the regular season before running into Forge FC.

Attendance for event is free and Hamilton Sports Groups says that championship merchandise will be on sale. Supporters are invited to RSVP at forgefc.canpl.ca.

The title triumph on Sunday put a bow on a season where Forge FC, as a fourth-year side in the young CPL, acquitted themselves well against top North American competition. They played against Mexican giants Cruz Azul in the CONCACAF Champions League. They also finally got a crack against Toronto FC of Major League Soccer and gave them a good ride in front of a raucous crowd.

Three pro teams in Hamilton have won league championships in 2022. The Hamilton Bulldogs won the championship of the Ontario Hockey League, a pro-format development league for 16- to 20-year-old players. The Hamilton Honey Badgers won the title in the Canadian Elite Basketball League, which plays a spring-summer schedule and builds rosters with players who are in the NBA G League, top European pro leagues and Canadian university basketball.

The Hamilton Tiger-Cats, who have been to the last two Grey Cup games, are in the Canadian Football League playoffs. Hamilton visits the Montréal Alouettes in an East Division semifinal on Sunday (Nov. 6, 1 p.m., TSN/RDS/AM900CHML/Ticats Audio Network).