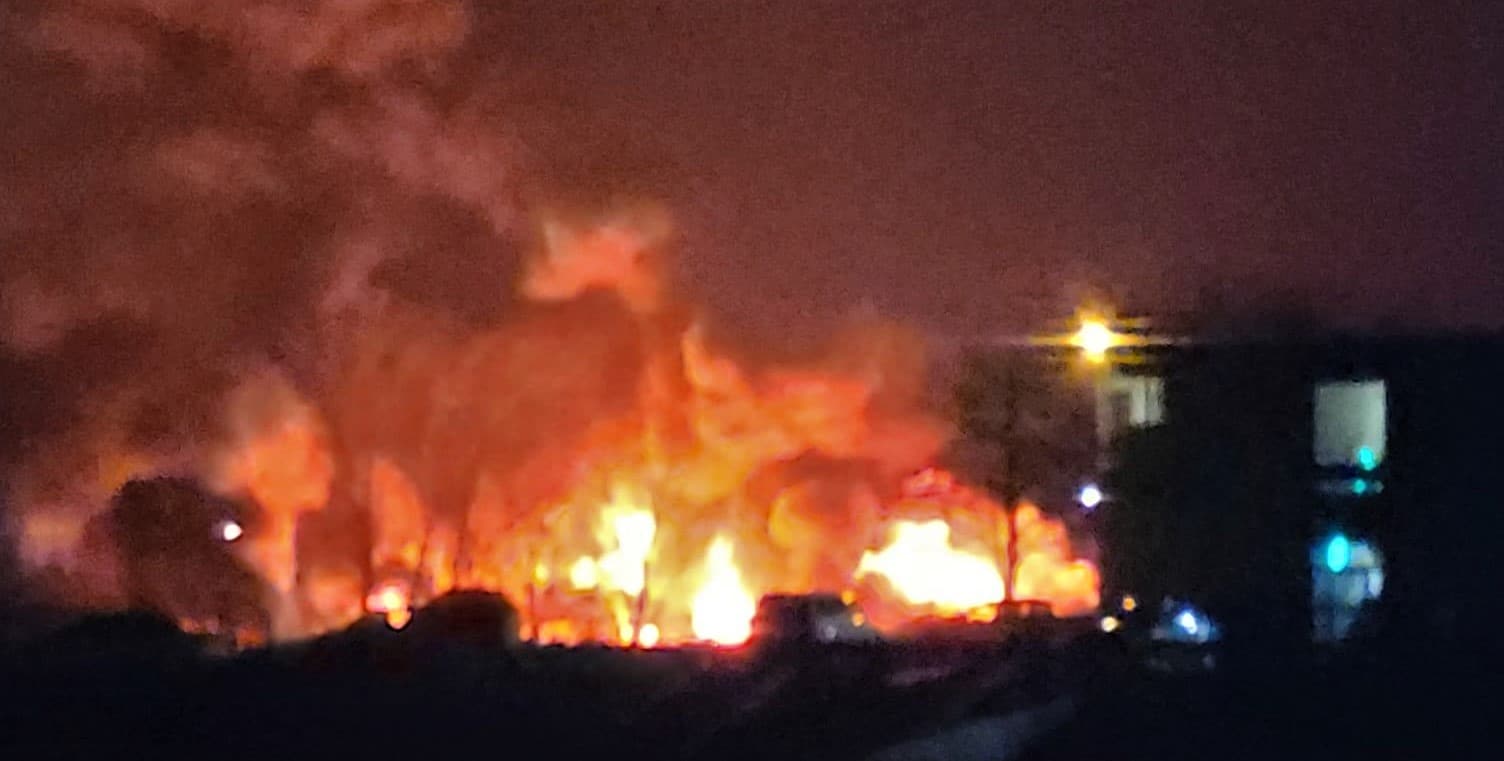 Cropped footage from a home in the neighbourhood of the explosion and fire in north St. Catharines on Jan. 12.

Evacuees have been cleared to return to homes and businesses in St. Catharines as officials investigate what caused a fire at a hazardous waste facility the city’s north end.

Crews say the fire was extinguished Thursday evening and that people living in a neighbourhood north of the facility, evacuated earlier in the day as plumes of black smoke billowed towards the area, could return.

St. Catharines fire Chief Dave Upper says Ontario’s Office of the Fire Marshal is investigating the cause of the fire, which broke out shortly after 6:30 a.m. Thursday at Ssonix Products 2010 Inc.

The lone worker inside the facility when the fire broke out Thursday morning was taken to hospital with serious burns.

Upper says the air quality was clean and safe for residents and workers in the area after it was tested by provincial officials throughout the day.

The city’s mayor thanked emergency crews for their response, as well as volunteers from the Red Cross and the local animal shelter for help running an evacuation centre.

This report by The Canadian Press was first published Jan. 13, 2023.