Brampton University investigations underway after accusation of ‘cover-up’ in council 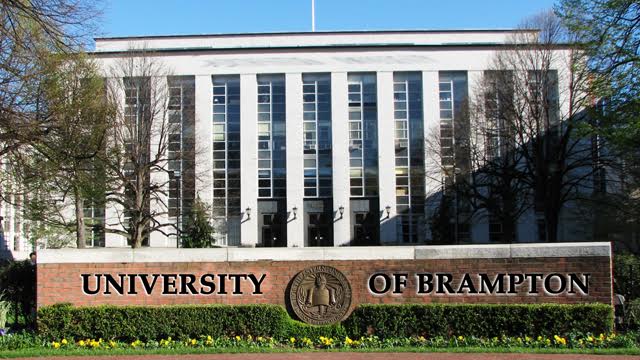 The fallout of a report on the scrapped Brampton University project has one city councillor crying “cover-up” as much of the work on the project is still missing.

City staff found Brampton taxpayers handed out more than $629,000 under the BramptonU to four vendors between 2019 and 2021, but nearly half of the projects paid for by the city can’t be found by city staff.

Those were the findings of an itemized report on BramptonU spending requested by council back in March after learning the project’s bill had racked up more than half a million dollars in consultants fees.

With gaps in the paper trail and missing deliverables, council have tasked staff to investigate whether any rules were broken during the BramptonU request for proposal (RFP) process, a forensic audit, and uncover any possible wrongdoing related to the initiative.

“I have a hunch that things have been cleaned up,” said Coun. Martin Medeiros at council’s regular meeting on Wednesday (May 18), saying documents may have been “erased” or “destroyed.”

Medeiros said he is suspicious there may have been a “cover-up from an IT perspective,” and questioned whether there was “deliberate action to not make these materials available.”

City staff say there were two RFPs on the project. Both were only active for 15 days before consultants were contracted, which is the minimum period allowed by the city.

One of the contracts was awarded to a firm despite failing to pass a technical evaluation.

The city’s integrity commissioner (IC) has been called in to look at possible conflicts of interest between Coun. Rowena Santos and David Wheeler – a former professor of Santos’ and one of the co-founders of Academy for Sustainable Innovation (ASI).

The report found Wheeler billed the city for more than $4,200 in airfare and accommodations months before the project was given the green light.

Santos had previously cleared her connection to Wheeler with the city’s integrity commissioner (IC) in August, 2019. The IC said Santos’ relationship with Wheeler had “no bearing on his involvement” with the project according to a letter Santos shared with insauga.com.

That same letter paints a timeline of Santos having “preliminary discussions” about “the potential for the City of Brampton to establish its own University” with Wheeler between November and December 2018.

Wheeler then authored an article which “discussed the need for the City of Brampton to establish its own University” in January, 2019.

The letter states Wheeler was contacted to produce a “white paper” on the initiative “providing a preliminary opinion to the Mayor and council members about the feasibility around the initiative at a cost of $25k.”

Questions were raised to city staffer Gurdeep Kaur if she was pressured to write cheques related to the BramptonU initiative.

Kaur said she was told by Barrick to pay out $30,000 related to the project on her first day on the job.

She also alleged Santos screamed at her in front of other staff members in relation to the project – an accusation Santos denied saying it may have been a misunderstanding.

Council have now referred the matter to the integrity commissioner for investigation.

Kaur was the whistleblower in a 2019 investigation alledging Barrick and other high-ranking officials of misconduct in awarding contracts, discrimination and bullying among other issues.

That investigation dismissed most of the complaints as unsubstantiated or without merit.

Barrick was let go as CAO for the city back in February after division on council over who should be the city manager, and Sheikh was also removed as the city’s integrity commissioner shortly after and is looking to overturn the city council vote which saw her taken off the job.

Wheeler was dismissed as president of Cape Breton University in Sydney, N.S., in 2016, according to the CBC.

Mayor Patrick Brown was present virtually at the start of the meeting but did not speak on the matter. The City clerk said Brown was not present in the meeting at the time of the vote on the BramptonU investigation.

EDITOR’S NOTE: An earlier version of this story incorrectly stated Barrick was Brampton’s CAO when Wheeler was contacted to produce the white paper on BramptonU. Barrick was not hired as CAO until October, 2019.