Boy Dies of Injuries From Hwy. 403 Crash in Mississauga 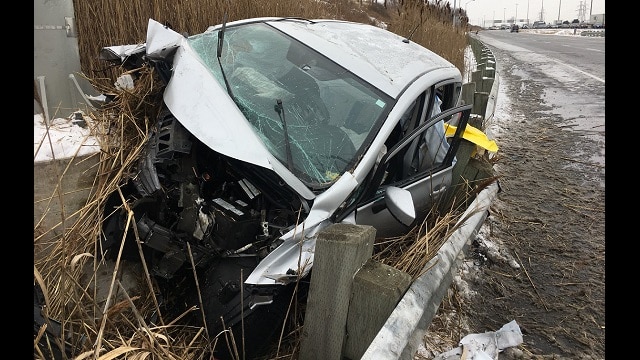 Some tragic news has been reported this afternoon following a serious crash that took place in Mississauga.

The collision occurred around 11:30 a.m. Friday morning (December 15) on the eastbound 403 at Mavis Rd. A pregnant woman and a child were seriously injured when the vehicle they were in drove into a ditch and struck a concrete pillar.

Today, Sgt. Kerry Schmidt of the OPP reported that the child, a six year old boy, succumbed to his injuries and has been pronounced dead at the hospital.

The adult male driver and pregnant female are in stable condition, according to Schmidt.

The police investigation is ongoing.

Photo courtesy of the OPP