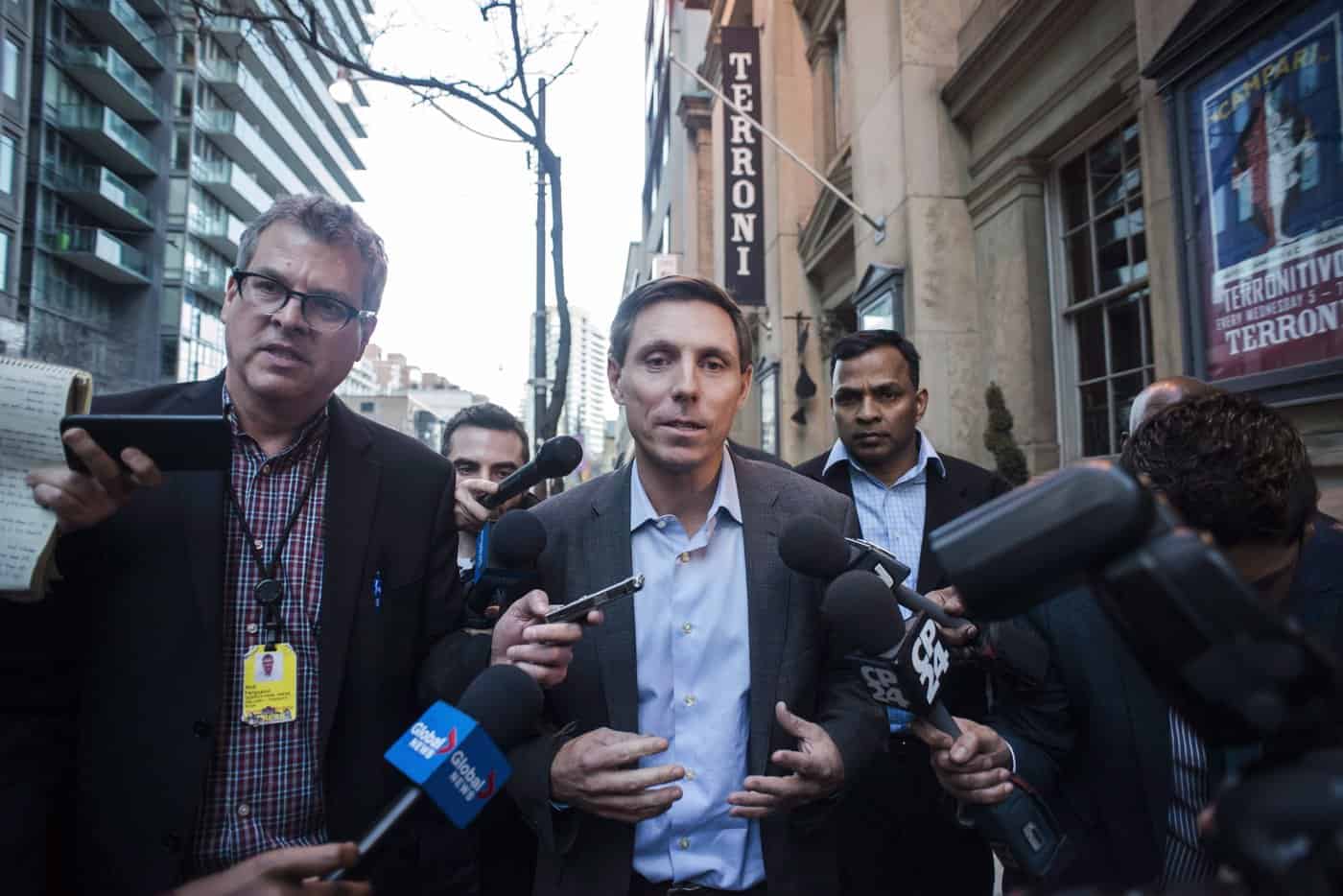 Brampton Mayor Patrick Brown and a handful of councillors have preemptively cancelled “significant” City Council meetings ahead of the October municipal election.

A committee of council meeting slated for Sept. 21 and a regular meeting of council scheduled for Sept. 28 have both been scrapped, according to the city’s meeting calendar.

The cancellations are just the latest in a series of meetings scrapped by Brown and other councillors in recent weeks and months, including a session that would have seen colleagues question why Brown moved to cancel a forensic audit of more than $600,000 paid to consultants for the Brampton University project and investigations into city contracts.

The investigations and audits were scheduled to wrap this month and cost the city more than $150,000 before they were cancelled without being completed.

The mayor and five city councillors were also missing from Brampton Council Chambers on Monday for a special meeting to discuss the axed investigations, forcing the meeting to be called off.

And, back in July, at least 10 meetings were cancelled due to no-shows as a fractured council butted heads over an illegal motion to fill a council seat.

Council members on both sides of the issue missed meetings, including Brown’s camp who skipped out in order to protect the city “from potential legal risks” related to the motion, the mayor said in a statement.

During a second special meeting called for 4:00 p.m. on Monday, Councillor Jeff Bowman questioned why scheduled meetings were being cancelled.

“I’m at the will of council…If council wants to have meetings, they can,” Brown said near the end of the Monday meeting, also stating that Toronto and Missisigaug don’t have meetings “during this period,” referring to the lead-up to the October municipal election.

Despite that statement, Brown cancelled what the City Clerk called a “significant” regular council meeting scheduled for Sept. 28.

And while Brown said during Monday’s meeting that “council meetings normally dont take place” during the election period, City Clerk Peter Fay said there is precedent for council and committee meetings to occur in Brampton ahead of an election.

Fay said that during the last term of council in 2018 there were two meeting cycles that were scheduled – one was cancelled, one was held – and, in 2014, there was one meeting cycle that was held.

Councillor Bowman raised concerns on how cancelling recent meetings has stopped members of the public from holding council accountable.

There is still a special meeting of council scheduled for Oct. 18, less than a week before voting day.

All current members of council except Bowman and Doug Whillans are running for re-election in the municipal election next month.