A Unique New Housing Development is Coming to Mississauga

With housing becoming more costly and Mississauga growing up instead of out, new developments have to be able to satisfy a range of tastes—and offer homebuyers a little bit of choice.

Insauga recently wrote about two condo towers coming to the Rathburn and Burnhamthorpe Road area. On the heels of that revelation, it looks like another set of buildings is coming into the nearby neighbourhood, as evident by this condo development planned for the east end of Mississauga. 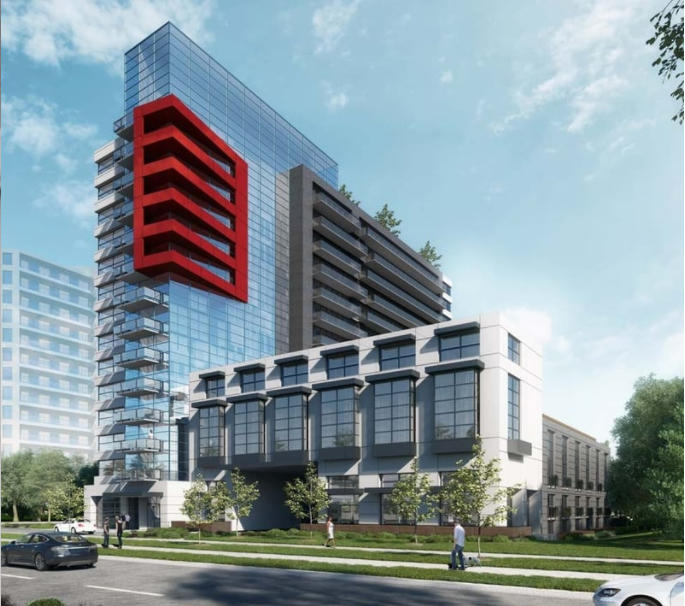 Highlight of Mississauga, by the Hazelton Group

While most condo developments feature one building type, such as a high rise condo or a stacked townhouse, this one appears to have amalgamated three different housing forms together to create a unique design of its own…complete with a very distinctive red attachment on side of the condo building.

Highlight of Mississauga consists of a 14-storey condominium tower, a four-storey condo loft building and a number of urban townhomes bundled into one single development. The location is right at the northwest corner of Dixie and Burnhamthorpe, where there is already a high rise condo. 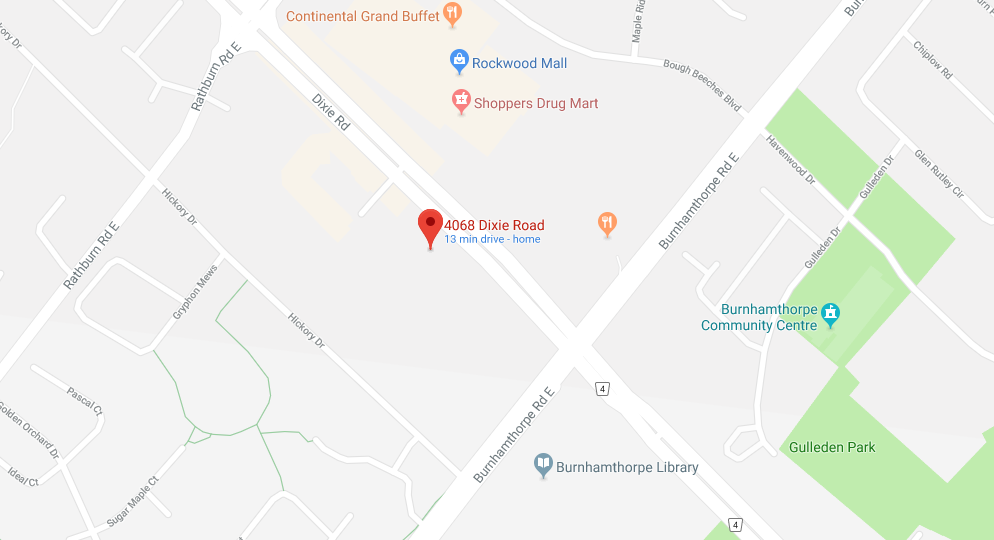 Building amenities will include a sky deck, a multi-purpose room, a gym, state of the art security and two-storey residents parking. The free standing townhomes offer up to 1,500 square feet of living space, with terraces and rooftop decks. Rents for a one to two bedroom unit range anywhere from $1,600 to $2,500.

This is a bird's eye view of the rooftop terrace: 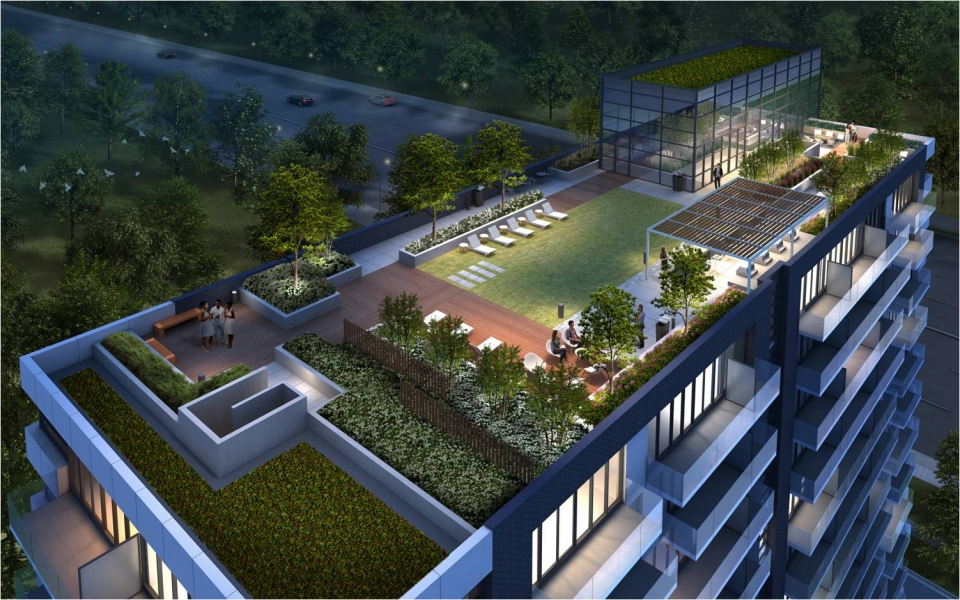 Here is an exterior view of the lofts: 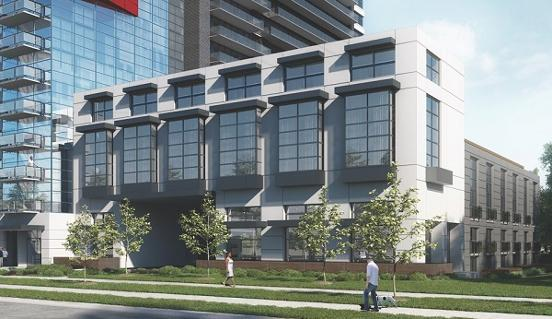 And here's the view of the urban towns concept: 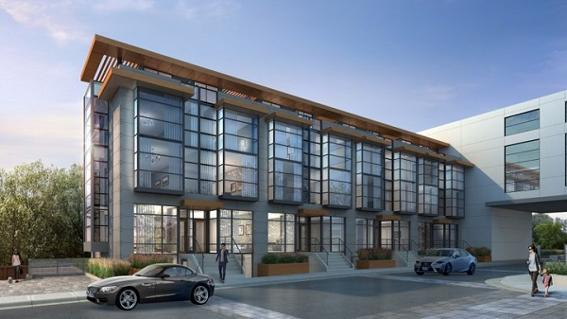 Slated to open in 2021, Highlight of Mississauga gets a Walk Score of 77 and a Transit Score of 58, as the Dixie and Burnhamthorpe intersection happens to have some decent transit connections.

The No. 5 Miway route running north and south on Dixie has connections to two GO train stations (Dixie and Long Branch GO) as well as to commercial / industrial areas near the airport if you happen to work up in that area. Burnhamthorpe Road is also serviced by three MiWay routes that lead to the Islington station, providing a link to the TTC subway system.

Other everyday amenities across the street can be found at Rockwood Mall, which contains a Food Basic, Shoppers Drug Mart, a TD bank branch, and various other restaurants. The Burnhamthorpe Community Centre and Library and Maja Prentice Theatre are also across the street.

Considering that Mississauga is looking at redesigning Rockwood Mall, having a development that will attract newcomers to the city will indeed give further incentive to retrofit that mall into something more attractive to current and future residents.

After a year of this image being a rather bleak area because a nearby house exploded, it's nice to see that an area like this has not been shunned by some reasonable development.

What do you think, Mississauga? Would you consider purchasing a unit in this area?

A major clothing brand is closing in Mississauga, Oakville and Burlington malls
If you regularly shopped at Topshop/Topman, a UK-based brand located inside various Hudson's Bay stores in Mississauga and Halton, you might be sad to hear that the company will be exiting Canada f
END_OF_DOCUMENT_TOKEN_TO_BE_REPLACED