76% of Hamilton residents dissatisfied with their city and local leadership: report 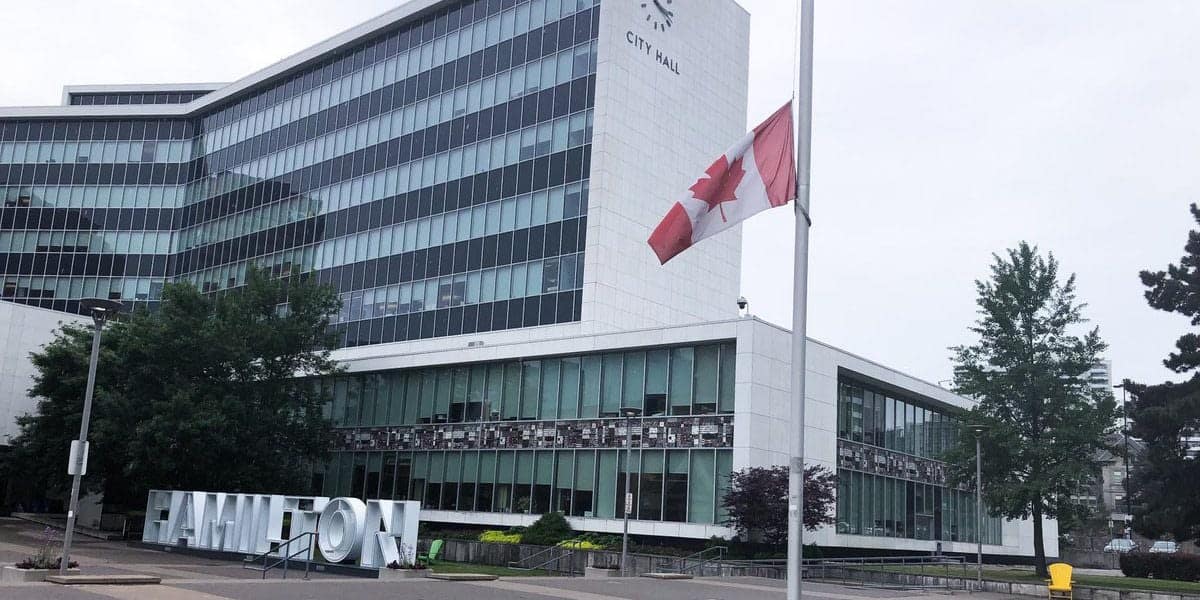 Could more than three-quarters of Hamilton residents be dissatisfied with the way their city is being run? According to a new report from a city-wide grassroots campaign promoting new local leadership, they are.

Could more than three-quarters of Hamilton residents be dissatisfied with the way their city is being run? According to a new report from a city-wide grassroots campaign promoting new local leadership, they are.

IELECT Hamilton released the results of what they’re calling a “high-level report,” detailing the outcome of their online residential survey.

It asked Hamiltonians to rate 23 statements in each of six categories: infrastructure, economy, leadership, environment, community, and transportation. Respondents were asked to choose from strongly agree, agree, disagree, strongly disagree. 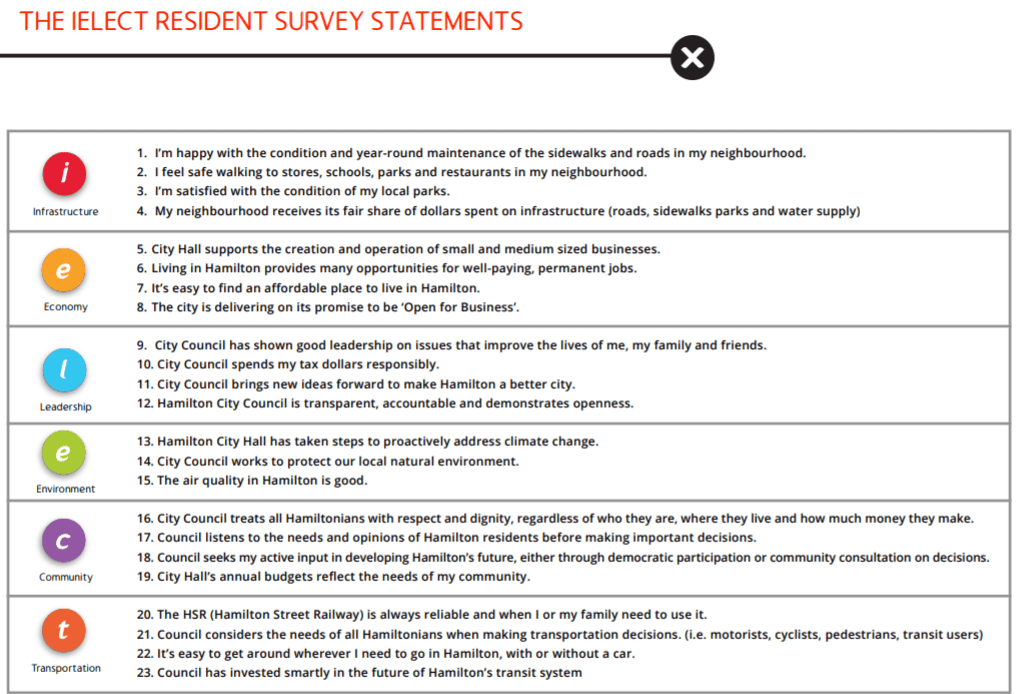 Results, including written comments, from over 2,000 respondents from every ward were collected over a period of three months, according to IELECT.

76 per cent of respondents say they are dissatisfied overall with housing affordability receiving the highest dissatisfaction rating of 94 per cent.

92 per cent of the total respondents say they voted in the last municipal election.

The lower city, particularly residents living between Dundas and Ottawa Street, made up almost half of the overall respondents. A fifth of those surveyed live in Ward 1 — west of Queen Street and into Westdale. 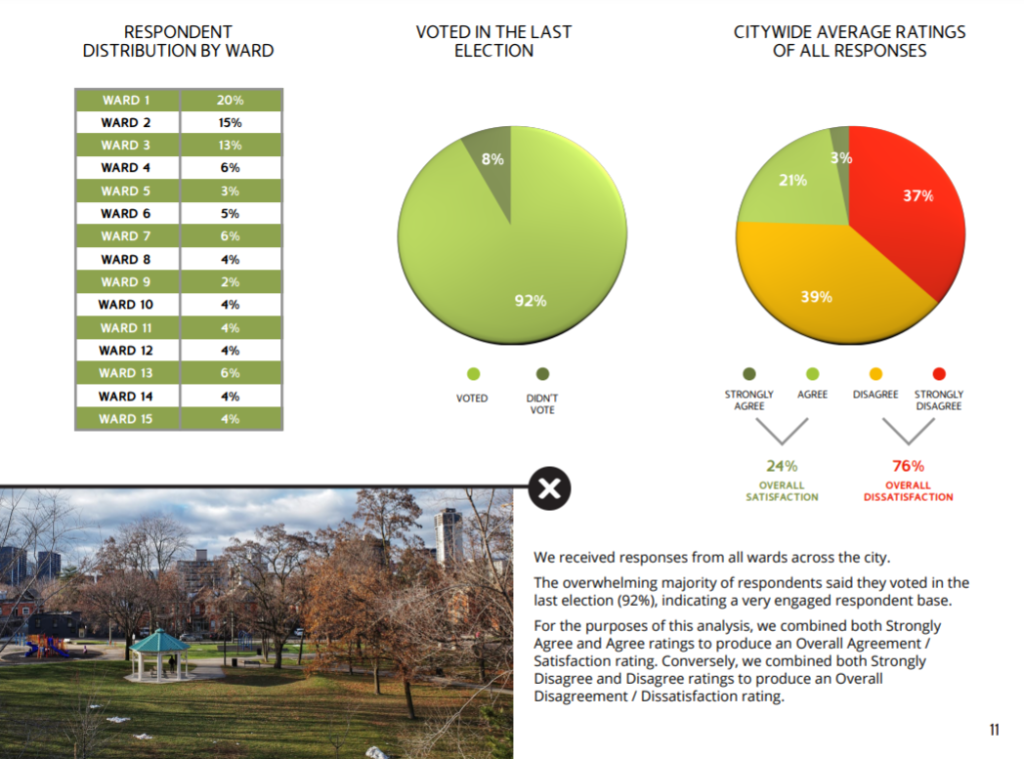 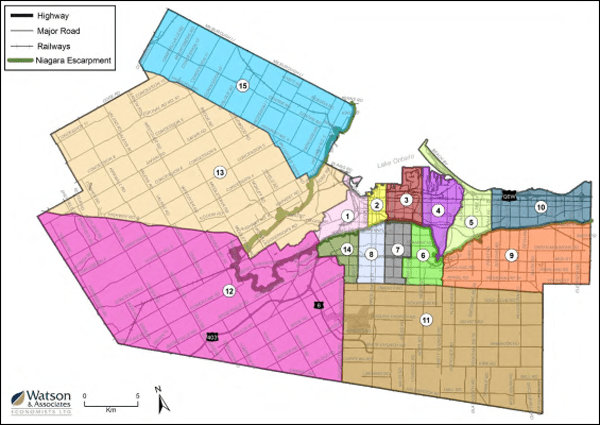 IELECT is looking to mobilize residents and elect new leaders in 2022.

“The survey results offer a reflection of the respondents’ strong levels of dissatisfaction on a number of issues,” says McMaster University’s Dr. Ameil Joseph, who is a member of the IELECT team. “Particularly stark results include the strong dissatisfaction with the  lack of affordable housing, on the lack of attention to and action on protecting the environment, as well as a significant level of dissatisfaction with a lack of transparency, accountability, and openness from municipal leaders.”

This is the first of two reports IELECT is planning to publish using the data collected.

“This report is our first, high-level report. The second report will provide an even more in-depth analysis of the data including down to the neighbourhood level via the postal codes provided by respondents,” says Graham Crawford, one of the authors of the report and a co-founder of IELECT Hamilton. “We’re very excited to be working on the second report with the McMaster University Research Shop. McMaster will also be analyzing the more than 1,000 written comments people provided from every ward.” 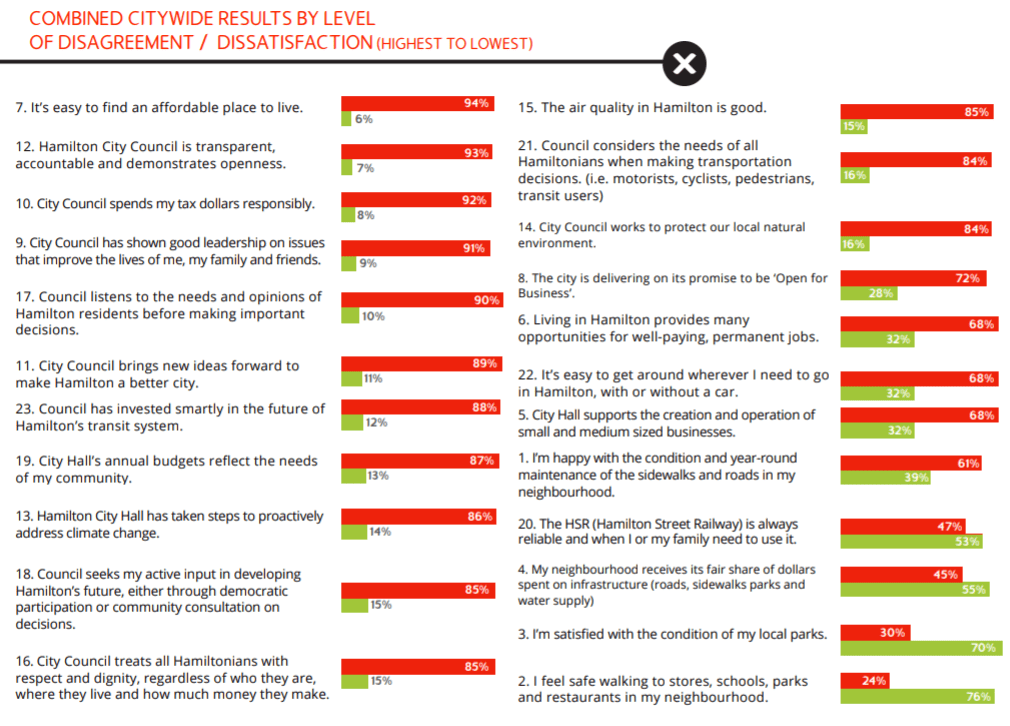 The full Resident Survey Report is posted on the IELECT Hamilton website: ielecthamilton.ca

The organization says it will be distributing the results to all members of Council and senior staff.

The organization says funding is provided entirely by donations.