5 Things Mississauga is Getting in 2017 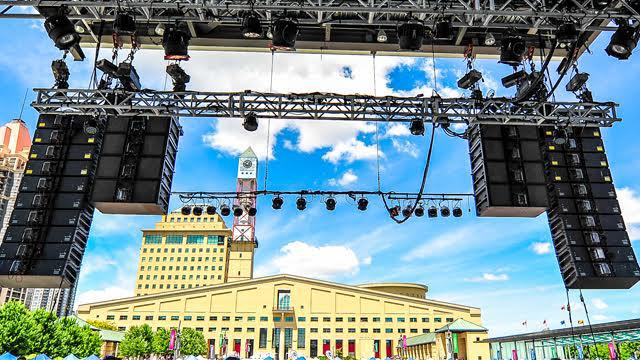 Well, 2017 is officially here and there is, it seems, a lot on the horizon for the city of Mississauga. Like many years, 2016 was an exciting one for the city. It announced some exciting new developments, made headway on its ambitious plans for its waterfront and continued to embrace a vision for further intensification.

All in all, there are a few exciting things in Mississauga’s future.

Sheridan students will get to enjoy a rejuvented campus when they return to school for their second semester. The Hazel McCallion Campus expansion, which kicked off in the fall of 2014, includes a new facility that houses “state-of-the-art classrooms, studios, labs and production spaces, a Centre for Creative Thinking and a gallery space.” The facility is 220,000 sq. ft. and features 57 classrooms, a “living laboratory,” meeting rooms, a senate chamber, bookstore and more. It will make room for 3,200 additional full-time students.

You might recall that this Lakeview development was supposed to house a controversial–and now, apparently, cancelled–Walmart location. While we know that the Walmart is a no-go, the development itself is still slated to open completely in spring of 2017. The stores and businesses set to open this year include BMO, Coffee Culture, M&M meats, Orangetheory Fitness, PetSmart and more.

This ambitious project is well-underway and the final stations are slated to open this year. In fact, new service began on Jan. 2 when Winston Churchill, the eighth station, opened along the dedicated east-west transit corridor. When the Transitway project is complete in 2017, it will run from Winston Churchill in the west to Renforth station in the east. Currently, the Erin Mills, Central Parkway, Cawthra, Tomken, Dixie, Tahoe and Etobicoke Creek and aforementioned Winston Churchill stations are open. Spectrum, Orbitor and the Renforth Gateway (the final station in the east) will open in 2017. That will complete the 18 kilometre, dedicated bus corridor. It should make travel connections to Toronto Pearson International Airport and the Bloor-Danforth Subway line easier via Highway 427.

In October 2016, Mississauga-Malton MP Navdeep Bains announced (on behalf Melanie Joly, Minister of Canadian Heritage) that Mississauga will receive $199,000 in funding for Brilliance Together, the city’s program that will mark Canada’s 150th anniversary. As part of the Brilliance Together program, the city reached out to national artists to commission a permanent public art piece that will sit at Celebration Square. The piece will have to focus on themes of diversity, inclusion and reconciliation with Indigenous people. The art project will be unveiled in the fall of 2017 as part of Mississauga’s year-long celebration. In terms of other related activities and celebration, the city is planning to:
Create digital presence for activities

If you love outdoor spaces, you are in luck–two new parks are scheduled to open this year. One exciting opening is the Malton-area Danville Park, an outdoor space that will feature a toboggan hill, cricket fields and an exciting airplane viewing platform. In fact, you can learn a little more about the platform here.

A second park, Hancock Woodlands, is also set to open this year. According to the city, construction is in progress and the park will be open to the public in Spring 2017. The amenities at the Camilla Road park will include a natural playground, a unique tree garden, an urban orchard, rain gardens, walking pathway loops, shade shelter and perennial and ornamental grass displays.