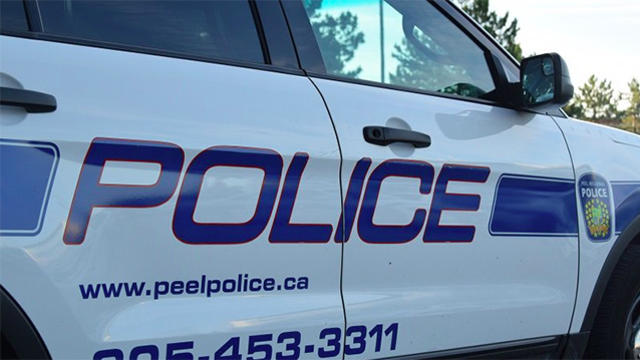 Investigators from the 12 Division Criminal Investigation Bureau are seeking the public’s assistance as they investigate an attempt murder incident in the City of Mississauga.

On Wednesday May 16, 2018 at approximately 12:40 p.m., the victim was involved in an altercation with two males at Peel Alternative Secondary School located at 1500 Ogden Avenue in the City of Mississauga.

The individuals were separated and all three left the area.

At approximately 1:15p.m., the two accused were in a vehicle in the parking lot of the Dixie Outlet Mall located at 1250 South Service Rd in the City of Mississauga.

At this time they spotted the victim in the parking lot of the mall and the two accused and victim revisited their previous altercation.

The driver, using the vehicle as a weapon, intentionally struck the victim and then fled the scene. The victim, a 20 year-old male from Orillia, was transported to a Toronto Trauma Centre where he underwent emergency surgery.

On Thursday May 17, 2018, at 2p.m., Benjamin STEINBERG-HARRISON, a 19 year-old male from Mississauga, and Rohit REHAL, a 20 year-old of no fixed address turned themselves in at 12 Division and appeared in the Ontario Court of Justice in Brampton on the following day.

Further investigation has revealed that there was a third person in the vehicle at the time of the incident and police are requesting assistance from the public in obtaining their identity.

The individual is described as male, black, 20-25 years old with a low fade hair cut.

Anyone who may know the identity of the male, have video surveillance, dashboard video, or any information regarding the incident is asked to contact investigators with the 12 Division Criminal Investigation Bureau at (905) 453-2121, ext. 1233.Anonymous information may also be submitted by calling Peel Crime Stoppers at 1-800-222-TIPS (8477), by visiting www.peelcrimestoppers.ca.