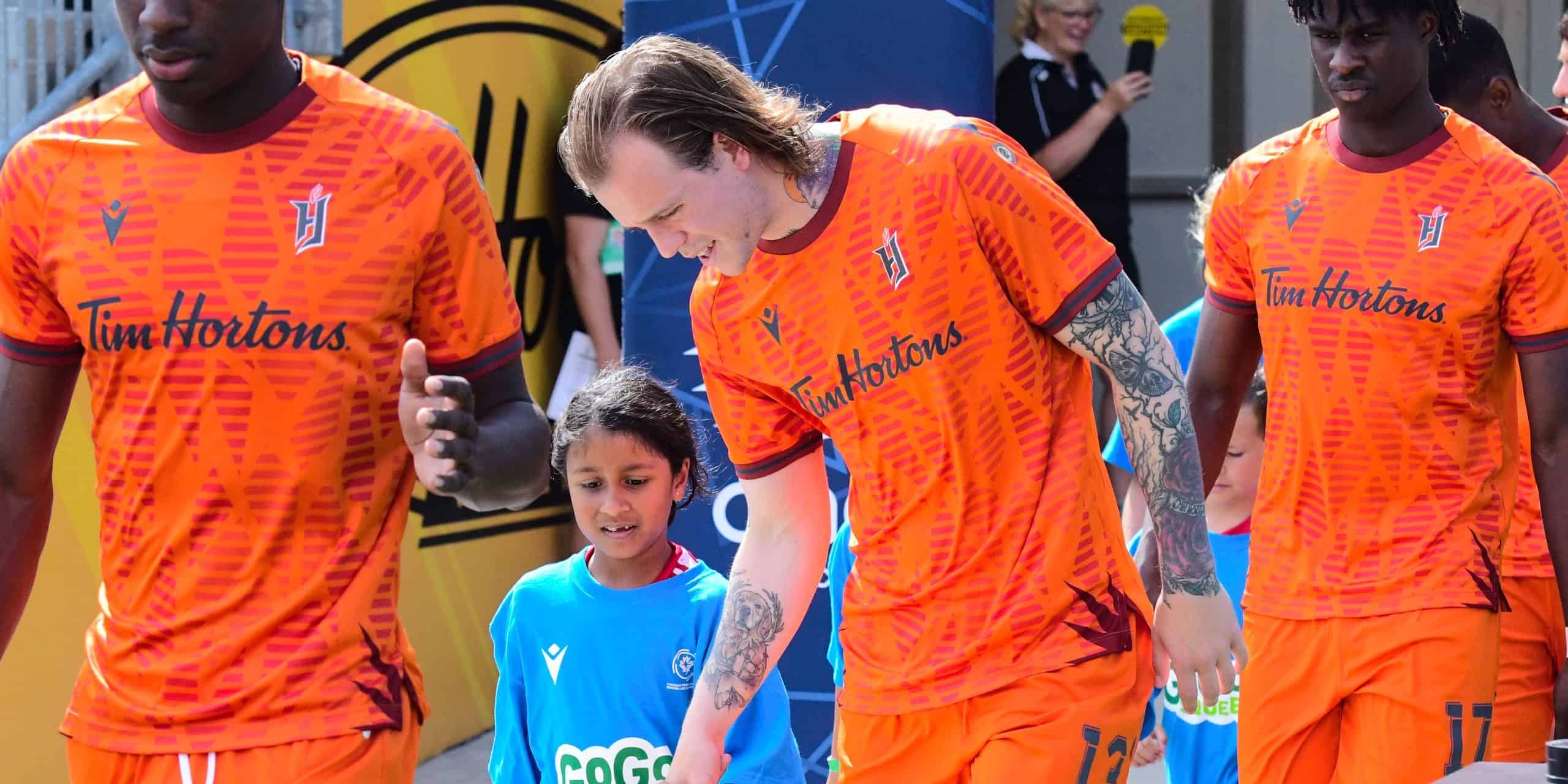 Hamilton's Forge FC has clinched a playoff berth, but their work is far from over with two home matches in five days remaining and first place at stake. (Forge FC Hamilton/Brandon Taylor/Jojo Yanjiao Qian)

With their 2-0 win over York United FC at Tim Horton’s Field on Saturday, Hamilton’s Forge FC secured its fourth consecutive trip to the post-season in as many tries.

Now, with two matches remaining — both at home — in five days, Forge have their sights set on first place in the Canadian Premier League table.

While clinching a playoff spot is nice, even the players and coaches would admit it’s a bare-minimum feat by Forge standards.

In their three-plus years as a franchise, The Hammers have won two league titles, qualified for three league championships, represented the CPL in regional CONCACAF play, and were one successful penalty kick away from beating Major League Soccer’s Toronto FC and winning the Canadian Championship.

Last month, the CPL announced that for the first time, it would recognize the club that finishes with the best regular season record with an award, leaving Forge hungry for another piece of hardware.

“That changes the dynamic of how you want to go into the playoffs,” said Forge head coach and technical director Bobby Smyrniotis, regarding the league’s announcement of a regular season champion.

“You play games to win games. You don’t say, ‘you know, we’ve made the playoff already, so let’s just hang around here;’ that’s very dangerous.”

“So, we’re playing the next game to win,” he added.

That next game is Wednesday against Pacific FC — the only club other than Forge to win a league title. The already eliminated HFX Wanderers FC will travel to Hamilton to close out the regular season on Sunday.

Forge will need a minimum of four points (one win and a draw) in their final two matches to finish atop the table and hope that Atletico Ottawa loses its finale against York.

Not only will the club that finishes first be crowned regular season champions, but they will also guarantee themselves a home match in the one-game championship, should they make it that far.

Forge announced after its win over York that if the club finishes in first or second place, Hamilton will host the second leg of a semi-final on Oct. 23, 2022. If Forge finishes in third or fourth, they would host the first leg at Tim Hortons Field on Oct. 15 as the lower seed.