Mississauga tennis champ Bianca Andreescu will sit out Australian Open due to knee injury
Peel District School Board cancels upcoming programs due to weather
Weather warning remains in effect for Mississauga
Gun seen during attempted robbery in Mississauga
Say Goodbye to Commission, Sell Your Home with Full Service for So Much Less

Will anything change with Liberals sweeping Mississauga again?

The dust has settled on the 43rd general election across Canada, and while it has resulted in a minority government for the Liberals, it looks like it's more of the same for Mississauga and the GTA.

Out of the 53 seats up for grabs in the Greater Toronto Area, the Liberals under Justin Trudeau won 47 of them, while the Conservatives grabbed six and the NDP (even with a popular leader from nearby Brampton) were shut out.

Nationally, the Liberals were elected or leading (as of this writing) in 157 seats. The Conservatives won 121 seats, the Bloc Quebecois walked away with 32 seats, the NDP won 24 seats, the Greens won three and one Independent (Vancouver’s Jody Wilson Raybould) was elected.

Mississauga usually goes one way for the party that forms the government and this election proved to be no different. Here are the MPs-elect for Mississauga in the next Parliament. 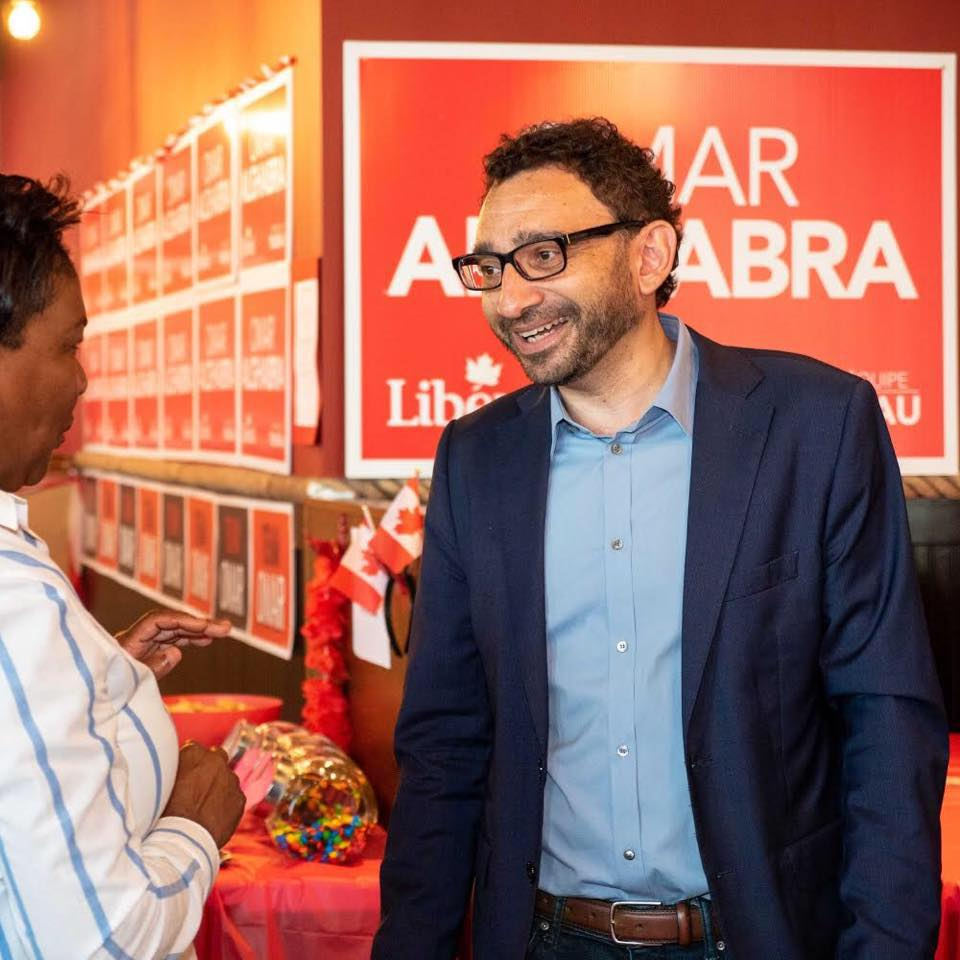 Liberal Omar Alghabra, who previously served as a Mississauga MP in another riding from 2006 to 2008, was reelected in 2015 and coasted to an easy reelection victory on Monday night.

Alghabra has snagged about 55 per cent, or 29,472 votes, which is a similar number to what he got in 2015. His closest challenger was Conservative Milad Mikael with 15,758 votes or just 29.8 per cent. NDP candidate Sarah Walji polled in 9.5 per cent, Green candidate Hugo Reinoso got 3.1 per cent and Greg Vezina, an Independent who runs the "None of the Above" party, got 250 votes. 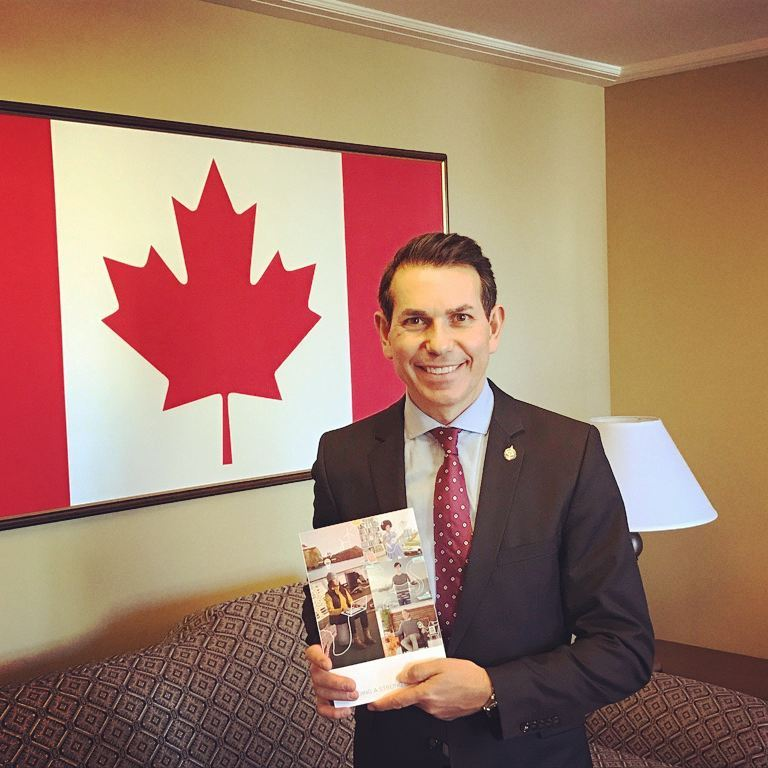 Liberal incumbent Peter Fonseca, running for a second term, easily dispatched former Conservative MP Wladyslaw Lizon in a rubber match for Mississauga East-Cooksville. In 2011, Lizon defeated Fonseca the first time by around 700 votes as Liberal Party support collapsed due to an NDP surge. Fonseca returned in 2015 to defeat Lizon by around 9,000 votes.

The results were no different in their third encounter; Fonseca won with 53 per cent while Lizon trailed in second place with around 33 per cent. NDP candidate Tom Takacs won only 8.7 per cent, Green candidate Maha Rasheed won 3 per cent and PPC candidate Syed Rizvi won just 624 votes. 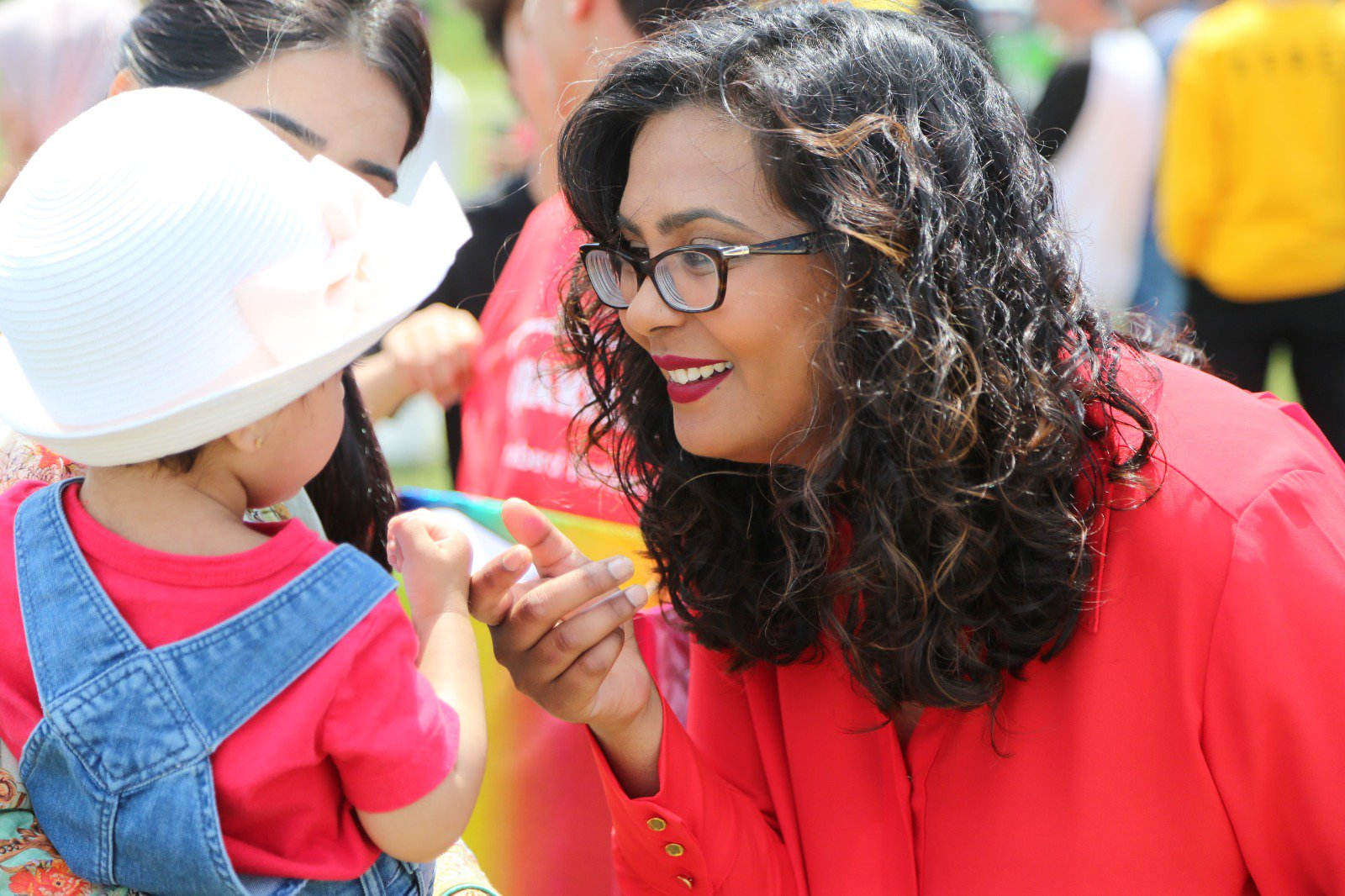 First-term Liberal MP Iqra Khalid won a tough race in 2015 against a sitting Conservative member, but this time had a much easier time against a lesser-known opponent.

Khalid won 53.3 per cent of the vote, which translates to over 30,000 raw votes. Conservative Hani Tawfilis came in second with only 33 per cent or 19,105 votes, followed by NDP candidate Salman Tariq with about 9 per cent, Green candidate Remo Boscarino-Gaetano with 3.7 per cent and the People's Party's Hazar Alsabagh with only 650 votes. 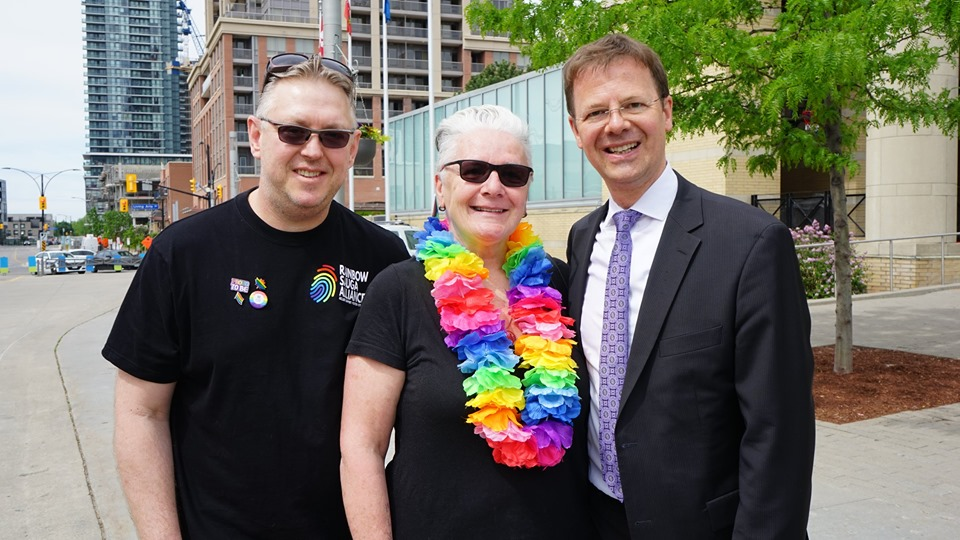 First-term MP Sven Spengemann, running as a Liberal, defeated former Conservative MP Stella Ambler in 2015 in a tight race as the then Trudeau wave swept the country. In 2019, while many expected a much closer race with Ambler (once again flying the Tory banner) possibly getting an upset and picking up a Mississauga seat for her party, it was not to be.

NDP candidate Adam Laughton got 8.3 per cent, Green nominee Cynthia Trentelman got 4.6 per cent and the People's Party got 731 votes. 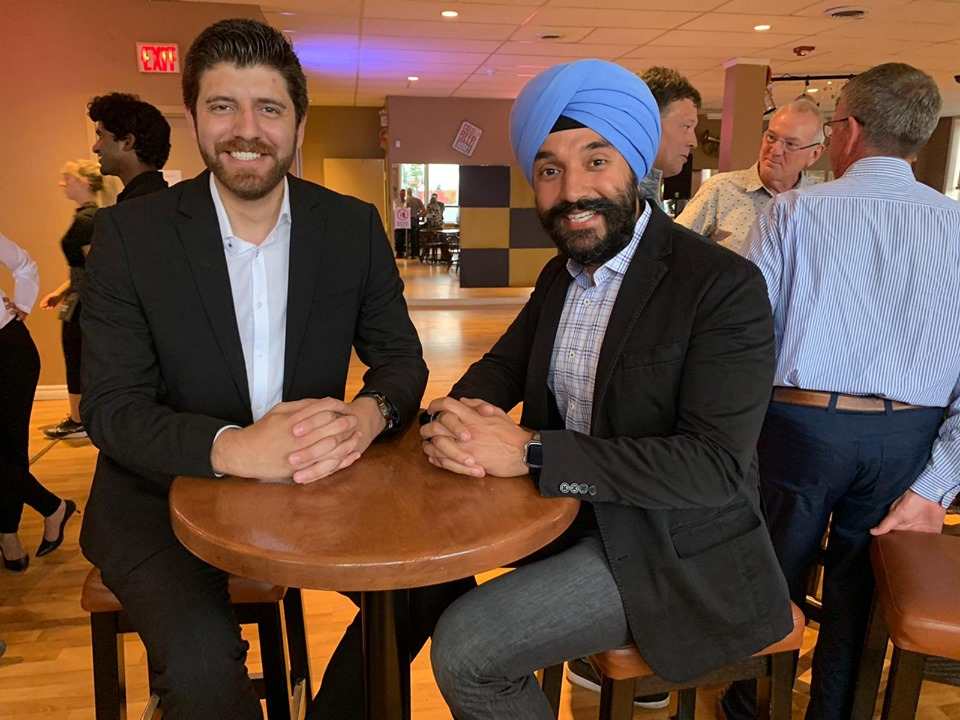 Navdeep Bains, who was Justin Trudeau's Minister of Science and Economic Development in the last Parliament, coasted to another easy win as he did in 2015. Bains won 57.4 per cent of the vote, followed by Conservative Tom Varughese at 26 per cent.

The NDP's Nikki Clarke, who ran in the provincial election last year in the same riding and came in second that time with 32 per cent, only managed to get 12.4 per cent in the federal election. The Greens' Christina Porter got 2.5 per cent and the People's Party candidate Tahir Gora got 364 votes. 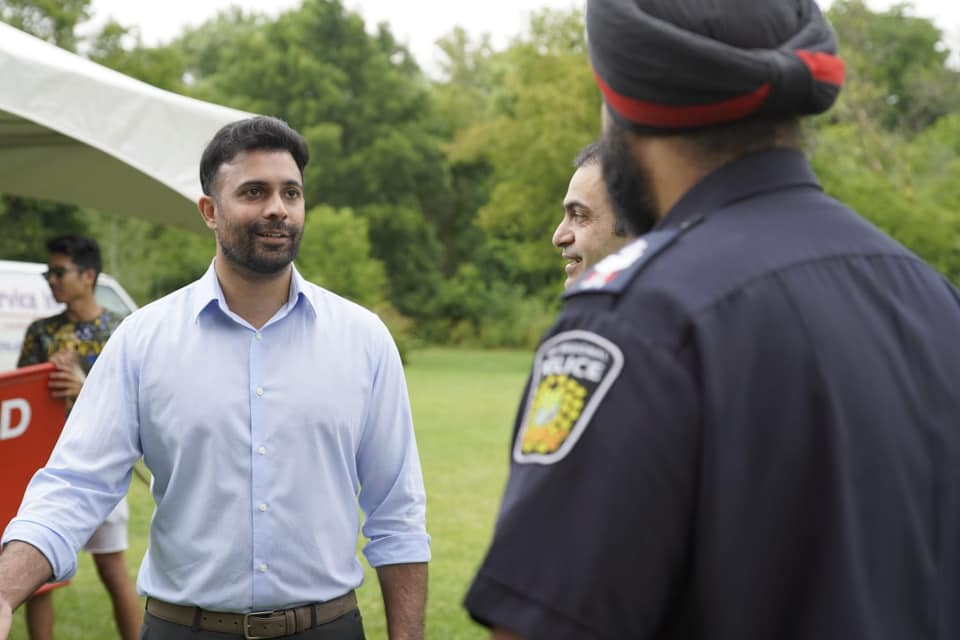 Finally, Gagan Sikand (who was a first-time candidate in 2015) won reelection as a Liberal this time with a stronger level of support than when he first won against an incumbent Conservative.

So not many changes around Mississauga or even the GTA, as most seats stayed Liberal and the Conservatives' few seats stayed in the Tory column. The one big surprise was in Milton, where veteran incumbent and Tory deputy leader Lisa Raitt went down to defeat at the hands of the former Olympic medalist kayaker Adam van Koeverden, who was running for the Liberals.

Some of those 'riding by riding projections' on websites like 338 Canada predicted a toss-up for Mississauga Lakeshore and Mississauga Streetsville. There was a credible case to be made in Lakeshore with the Tories fielding former MP Ambler as their candidate as she came across as one of the more articulate challengers to a Liberal incumbent.

In Streetsville, the projections showed a similar close toss-up race between Sikand and Melek, despite calls for Melek to step down for past comments that were interpreted as homophobic and Islamophobic. However, with the exception of Tory Brad Butt's win in 2011 over current Mississauga mayor Bonnie Crombie (who was the former Liberal MP), Mississauga Streetsville is not typically a Tory riding.

It just goes to show you that you can do as much data analytics and poll watching as you want; it still doesn't beat hearing what people are telling you at their doorstep about what they care about and look for in their governments. There's also a reason it's called a secret ballot; at the end of the day most voters probably just keep their cards close to their chest until the day of the election.

With a 'stable' minority government possibly backed up by the NDP in Parliament, and with all the seats in Mississauga again, can the Liberals do more in terms of transit investments like paying for the Hurontario LRT loop around Square One, affordable housing and other measures?

Or will we be at the polls again sooner than we think?

5 Boxing Day Sales Across Mississauga
It's that time of year again! The time when tiny, bespectacled children and elderly grandmothers with walkers are trampled underfoot as people stampede towards discounted DVDs and toilet paper.
END_OF_DOCUMENT_TOKEN_TO_BE_REPLACED