Why Police Should Have Charged Racist Woman Demanding “White Doctor” 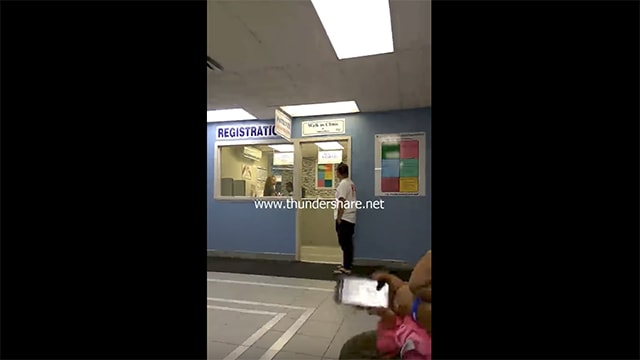 Although making a fool of yourself in public by launching into a racist tirade in a doctor’s office can earn you a viral video and a whole lot of regret, it’s certainly not a crime to be a racist.

That’s probably why a woman aggressively demanding to see a white doctor in a Mississauga clinic was never charged despite concerned witnesses contacting police. According to a CBC article, a Peel Police spokesperson, Const. Mark Fischer, said a police officer spoke to “all involved” and afterward the woman’s son was treated by a doctor at the clinic. Since no allegations of threats or assault were brought forward by anyone involved, the matter was closed, according to police.

Granted, it’s not a crime to be a racist. But is it really true that Mississauga’s most famous racist didn’t actually commit a crime that afternoon? After all, there’s a lot more to the Criminal Code of Canada than threats and assault.

The Courts have clarified what it means to violate this section of the Criminal Code, and what factors should be determined in considering whether or not a person is guilty of this particular offence. In the case of R. v. Lohnes, 1992 CanLII 112 (SCC), [1992] 1 S.C.R. 167, the Supreme Court of Canada stated that the disturbance in question would have to be “something more than mere emotional upset. There must be an externally manifested disturbance of the public peace, in the sense of interference with the ordinary and customary use of the premises by the public.”

That’s interesting. We’ve all seen the video of the racist tirade. Does it seem that this woman behaved in a way that could be characterized as “interfering” with the “ordinary and customary use of” a medical clinic? After all, Canada’s highest Court has stated that, “the interference with the ordinary and customary conduct in or near the public place may consist in something as small as being distracted from one’s work.” Did it seem that the staff at the medical clinic were distracted from their work? It sure appears that way.

Police don’t need to prove that a crime was committed (that’s a job for the prosecutor). Police only needed reasonable and probable grounds that a crime had taken place. That would be enough to lay a charge.

To be clear, this article is not intended to imply that the woman demanding to see a white doctor actually committed a crime. She has the right to be presumed innocent unless found guilty in a Court of law.

That being said, it is strange and perhaps somewhat disappointing that a charge was not laid in these circumstances, all things considered.