Who was Mayor before Hazel McCallion? 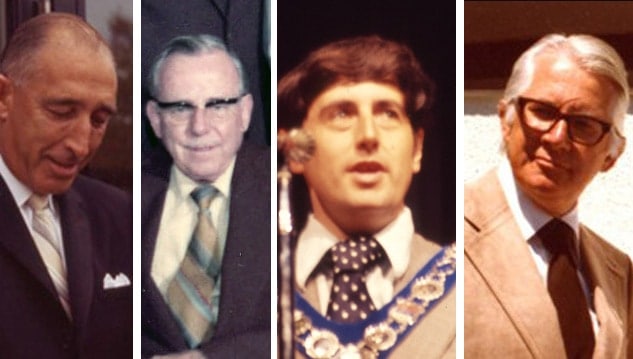 In 1968, the Town of Mississauga was created. Its first mayor was Robert Speck. He was a fruit farmer from Clarkson, held in great esteem by his community, sponsoring sports teams and serving as President of the Lakeview Businessmen Association and of Clarkson Dixie Fruit Growers’ Association.

Starting in politics in 1956, Speck became Reeve of Toronto Township in 1961. What was a Reeve? (And what does Toronto have to do with it?). Toronto Township was the name of everything from Lake Ontario to Steeles Avenue, bounded by Winston Churchill Blvd. on the west to the Etobicoke River on the east (minus the Incorporated villages of Streetsville and Port Credit). It was mostly agricultural land.

Port Credit, Streetsville, and Toronto Township each had Reeves to represent them on the County of Peel’s council. Their equivalent today would be Regional councillors.

As you can imagine, being called Toronto Township wasn’t brilliant for attracting businesses. People either wouldn’t know you from your “big city” neighbour, or they’d hear “Township” and think “that’s out in the sticks.” In 1968 the Province allowed the name to change to the “Town of Mississauga”. 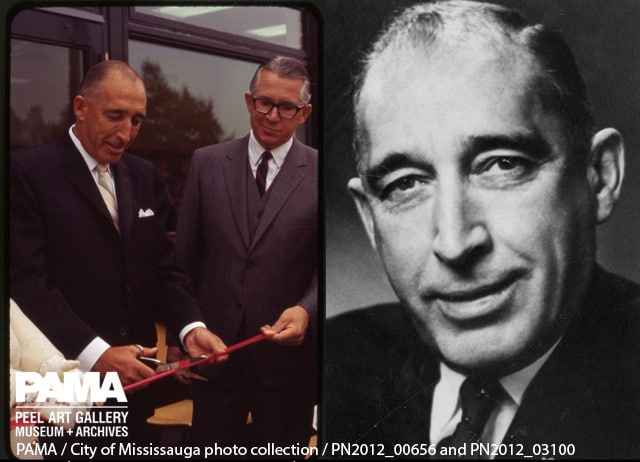 Unfortunately, Reeve Speck was recovering in hospital from a heart attack, when he was elected Mayor of the Town of Mississauga. Soon after he was re-elected in 1970, he had another heart attack. More trouble followed and even with a heart transplant, he couldn’t recoup. He died in 1972. Robert Speck Parkway in the Mississauga City Centre is named in his honour, as indeed, initial planning for the area was during his time in office. 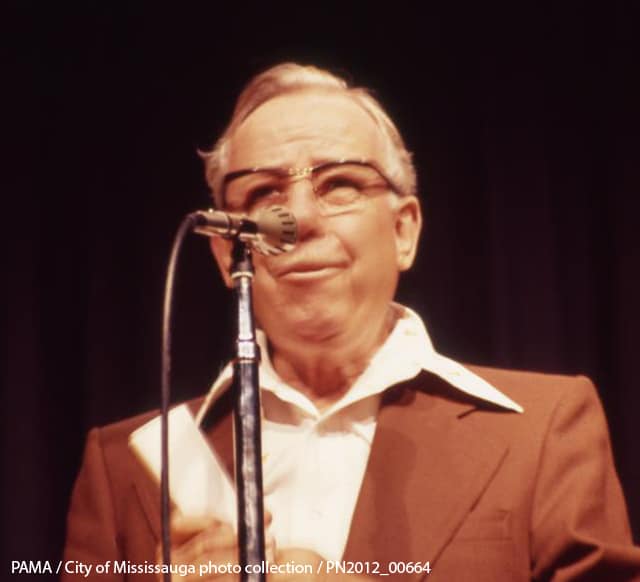 Many people say that Robert Speck was the “only Mayor of the Town of Mississauga”. While he was the only Mayor elected to the position, Reeve Chic Murray was given the title of Acting Mayor following the death of Robert Speck in April 1972 and the election in October 1973. He was defeated by a doctor with no political experience, but a solid slate of candidates behind him. He later returned to politics as a councillor.

If you head to Gulleden Drive—that’s near Burnhamthorpe and Dixie—you can skate at Chic Murray Arena. 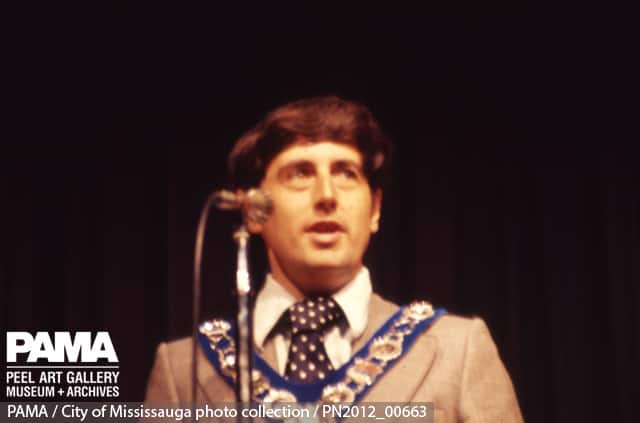 Simultaneous to Speck’s health issues, there was a reorganization of many municipal governments in southern Ontario, which included creating the “Regions”. The Region of Peel had the same responsibilities as the County of Peel, plus a few more downloaded from the Province. As such, in 1974 the Town of Brampton grew into a larger City, the Town of Caledon was created from scratch, and Mississauga gobbled up Port Credit and Streetsville to become the City of Mississauga.

The first Mayor of the City was Martin L. Dobkin.  A Doctor at Mississauga Hospital (now the Trillium Health Centre) and Coroner for the County of Peel, he was a 31-year-old political unknown. The head of a “reform council”, he was elected alongside five new councillors, including David Culham, Kaye Killaby, and Hazel McCallion. His time in office saw Mississauga’s first Official Plan, three new libraries, two new community centres, the purchase of land for many significant new parks and historic sites, and the upgrade of Mississauga Transit with a new standalone offices and Canada’s first articulated buses.

Dobkin has maintained a practice at Central Parkway West and Hurontario since 1978, the current building being built in 1992. 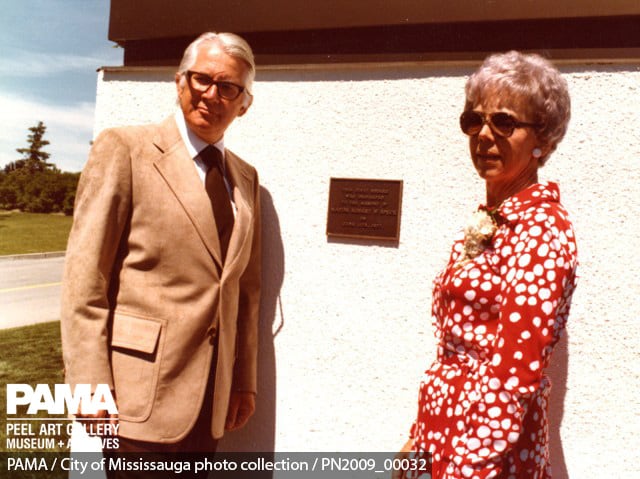 The second Mayor of the City of Mississauga was Ron Searle. Along time councillor and the first commissioner of the Peel Regional Police, he served as Mayor from 1976 to 1978. Along with various infrastructure projects, his Council commissioned a City Core Study, and signed an Official Plan into law.

What has Mr. Searle done since then? Among other things, he was a consultant for S. B. McLaughlin and Associates (the original developer of the City Centre), and President or Chairman of various housing agencies, Peel Children’s Aid Society, the local Canadian Red Cross branch, and Central Counties Cancer Society. He too has a park named in his honour: Ron Searle Park is located between the QEW and The misspelled Molly Avenue is named after his late wife Mollie. As of 2005, he was writing his memoirs and is currently retired.

Do you have images of Mississauga that you’d like to share with insauga readers? The Peel Archives would love to see them! Send them to [email protected] or drop by the archives to let us copy them or possibly add them to our permanent collection. While these images are all decades old, we collect images of Peel up to present day. The 1980s, 1990s, and 2000s are history, too!