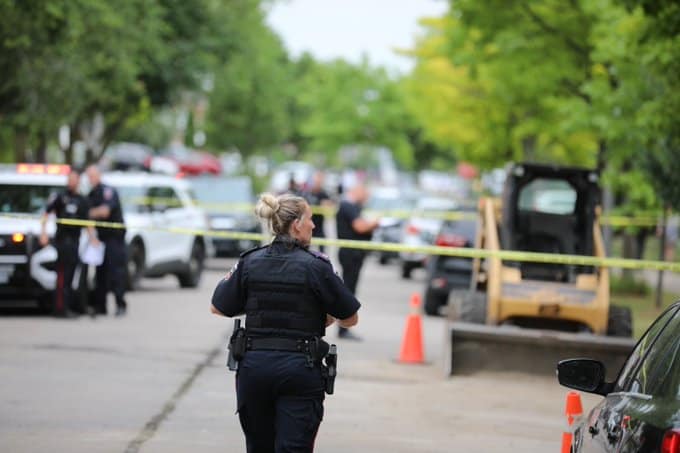 A 41-year-old Whitby man has been charged with first degree murder in the “domestic-related” stabbing death of a 44 year-old man in a south Whitby home Wednesday afternoon.

Police responded to a call of a stabbing on Regatta Crescent in Whitby at 3:36 p.m. Wednesday where they found the victim suffering from life-threatening wounds. He was transported to a trauma centre but died in hospital.

The suspect fled in a vehicle but was located and arrested at a trailer park in Kirkfield just before midnight. With the assistance of Air1 and members of the Ontario Provincial Police, the suspect was arrested without incident.

Zachary Gibson has been charged with first degree murder.

Forensic investigators are still on the scene gathering evidence.

This is the tenth homicide in Durham Region this year.