What’s Happening With This Huge Swath of Land in Mississauga? 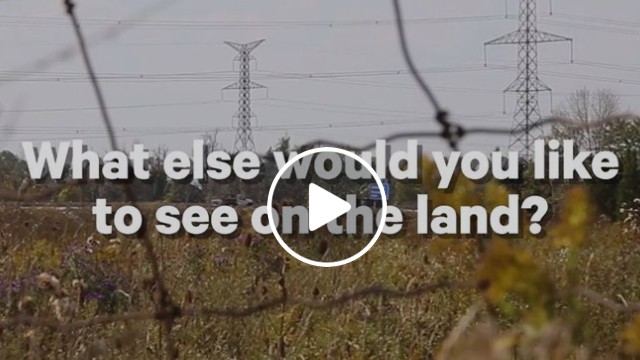 Mississauga has one last stretch of land to cover.

Residents met with planners at both municipal levels at Churchill Meadows Library and Activity Centre recently to discuss the plans for its development.

The municipal and regional teams working on the Ninth Line lands development project say the new neighborhood will reflect the province’s goal of building mixed-use communities.

“The Ninth Line neighbourhood will include a mix of residential, commercial and employment uses, with a range of housing choices,” staff said. “The Shaping Ninth Line vision promotes community access to multi-use trails, parks and open spaces, and transit-supportive development that will contribute towards building a healthy, complete community.”

Recent provincial reforms of land use planning, which come into effect as part of the Growth Plan for the Greater Golden Horseshoe on July 1, 2017, state that Ontario’s municipalities may only expand their boundaries as part of a process called a Municipal Comprehensive Review (MCR). Inclusion of the Ninth Line Lands in Mississauga’s development plans would be considered such an expansion.

The study area for development of the Ninth Line Lands is on the western boundary of Mississauga. It covers 350 hectares (865 acres). Mississauga currently owns 83 hectares (235 acres) of the lands.

The lands’ boundaries are Highway 401 to the north, Ninth Line to the east, the Highway 407/Ninth Line crossover to the south and Highway 407 to the west.

The 407 will be a central part of that interregional link.

“The emerging land use concept will include an updated functional design of the proposed 407 Transitway,” the City of Mississauga website says. “The Ministry of Transportation (MTO) will initiate an Environmental Assessment (EA) for the 407 Transitway in the future, at which time all stakeholders will have the opportunity to provide comments via public consultation.”

Those following the development plans for Port Credit may recall there are two important phases: the first involving planning, and the second involving implementation. In this case, the first phase is a background review and “preferred land use scenario.” In short, this involves looking over the lands and gathering stakeholders to discuss plans for their use. This must be done before the next phase, which then involves laying the groundwork to carry out the plan. The public is consulted throughout both phases in various ways.

Unlike the Port Credit project, the lands in this case are largely undeveloped. In any development project, however, the city will consider environmental impact.

While interregional transportation is a key aspect of the plan, the 2014 report says the city “[r]ecognizes the importance of the establishment of a natural heritage system as the first step in planning for the future of the lands.”

When Mississauga gained the land, it inherited the planning framework put in place by Halton Region and the Town of Milton.

“The current planning framework from the Town of Milton Official Plan indicates that the majority of these lands are either designated as Parkway Belt West or Agriculture,” said Peel Region officials. This means Peel Region and the City of Mississauga will amend the plan as part of the Shaping Ninth Line initiative to suit the needs and residents’ expressed hopes for development in Mississauga.

The City has been hearing feedback since the project got started in 2014. At Wednesday’s meeting, residents joined planners to review their input up to now.

From consultations, planners have a number of what they’re calling Community Design Principles, which will guide land use planning for the Ninth Line lands. Among them are:

The project is undergoing what city planning consultant Elizabeth Howson calls a “classical planning process.” This involves three steps: do background research, look at the options and come up with a plan, and finally, implement the plan.

Part of the plan involves floodplain mapping. Peel Region wants to ensure the study area can be included in the urban boundary by 2018, meaning it would be suitable for development.

As this happens, the city is addressing the specifics as it approaches completion of a preferred plan. This will be followed by a formal public meeting in the fall, and adoption of an amended plan by the city at a later date. Both municipal levels will hold consultations as the process continues.

A proposed park in the area is already set to be built next year.

Local resident Anne-Marie Bilan says she is hopeful about the development. The city has taken public feedback from previous meetings into account, she says.

“I’m pleasantly surprised with the emphasis on nature . . . [the plan is] taking into account what’s already existing in Ward 10. I like the ideas of a community garden and the transitway.”

Bilan does have some concerns.

“I worry about the widening of Ninth Line to four lanes and the traffic [this might bring] to Ninth Line and Osprey Blvd.” she said.

Still, as she wandered off to check out the various displays and documents detailing the plans, she smiled and said “I’m positive. I’m hopeful.”

Peel Regional Council is expected to address the plan at the next scheduled meeting on June 22 and to adopt an amendment in 2018.