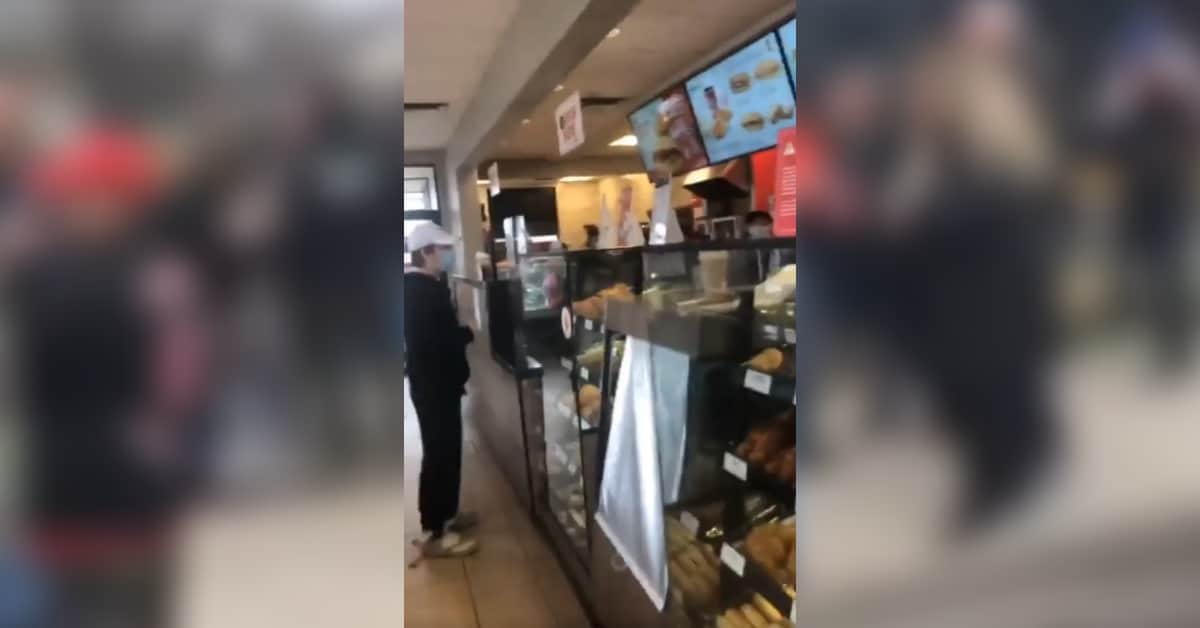 The Hamilton Police Service says it’s aware of an incident involving an anti-mask, anti-lockdown protestor and employees at a Tim Hortons on Kenilworth Saturday (Apr. 17).

A man who calls himself a journalist on Facebook recorded the incident in first-person and shared it on social media.

Not wearing a mask, the man approaches a Tim Hortons employee — who the man refers to as the manager — standing outside the entrance. He asks if children can use the washroom before accusing the employee of “child abuse.” He asks for the employee’s name but she appears uncomfortable with the filmed confrontation and retreats inside.

The man then calls her a “f****ing goof” and films inside the restaurant from the window.

Like many food and drink establishments during the COVID-19 pandemic, Tim Hortons closed their washrooms in an effort to limit the spread of the virus.

The man filming then shouts at the children, forcing them inside the restaurant.

The maskless children are accompanied by a woman, who is also not wearing a mask.

Once inside the Tim Hortons, the man repeats his claims of child abuse before launching into an expletive-filled attack on the employees behind the counter as customers appear to stand back and watch.

“Shame on you!” he yells, before calling the employees “f***ing losers.”

He then dares the employees to call the police as he screams at his children, demanding they use the washroom.

“That’s how it’s f***ing done!” the man compliments himself. “Men that have backbone!”

Police tell intheHammer that they “continue to investigate the protest and participants from over the weekend in Hamilton.”