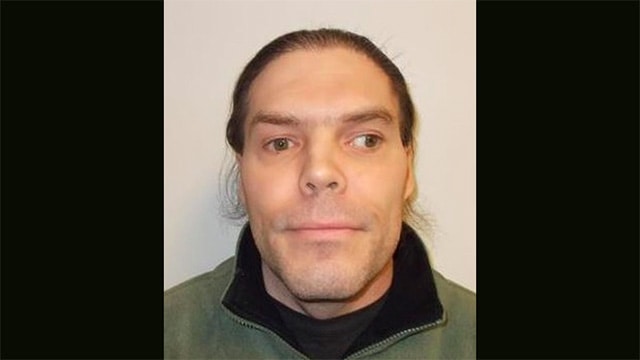 A federal offender – known to commit sexual offences against children – is wanted on a Canada Wide Warrant.

The 44-year-old frequents Toronto but could be anywhere in the province, say investigators.

Robichaud is described as standing 5-foot-7, weighing 201 pounds, with green eyes and a long brown ponytail. He has a tattoo of an eagle on the back of his left hand

UPDATE: Robichaud was arrested in Sudbury on March 15 at 6 p.m. Police are thanking the public for their help.