Police have released video footage in their investigation into a sexual assault in Mississauga.

The incident happened on Monday, July 2, at approximately 2:50 a.m.

Police say the male suspect offered the female victim a ride home in the area of Lakeshore Road East and Hurontario Street.

Instead of driving the victim home, the suspect allegedly drove to a parking lot where he sexually assaulted the victim.

The suspect is described as a male between 30 and 40 years old, between 5’7 and 5’10, with short, dark black hair and wearing a blue t-shirt. 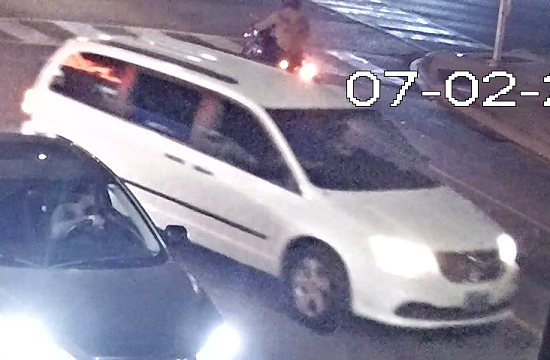 He was driving a white Dodge mini-van, police say.

Peel Police have uploaded a video depicting the suspect and the vehicle in question:

Anonymous information may also be submitted by calling Peel Crime Stoppers at 1-800-222-TIPS (8477) or by visiting www.peelcrimestoppers.ca.

5 unbuilt projects that could have changed...
Top 5 Chicken on the Rocks in Mississauga
Five fun things to do this weekend that are...
Top 5 chicken sandwiches in Mississauga
5 fun ways to make the most out of your...
END_OF_DOCUMENT_TOKEN_TO_BE_REPLACED