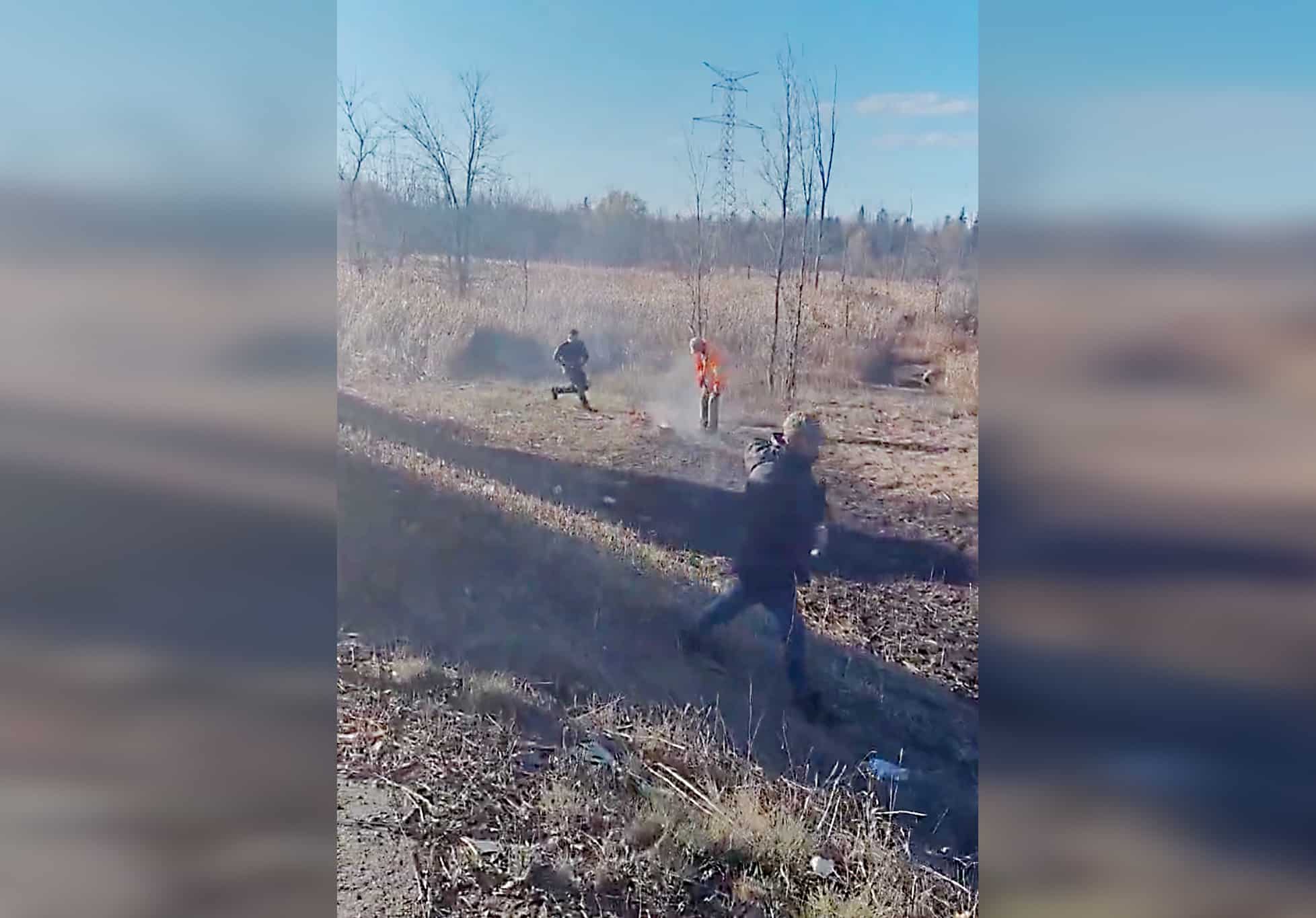 The OPP thanked a group of bystanders who helped extinguish a grass fire.

A video posted by the OPP just after 5 p.m. on Thursday (Oct. 27) captures four people rushing to a grass fire on side of Hwy. 401 westbound near Guelph Line.

One bystander hits the flames with a piece of clothing while another is stomping on the burning grass. Two others appear to be carrying water.

“Citizens to the rescue!!” the OPP wrote in a tweet. “These good citizens extinguished the fire to prevent further damage to the area. Well done.”

The Mississauga OPP and Milton Fire Service responded to the fire.

“So proud of my son and his co-workers from Guelph Solar who pulled over and helped with this fire,” one person wrote.

“God bless the people who stopped and worked to put the fire out until the fire trucks arrived,” another said.

There is no word on the cause of the fire.

Citizens to the rescue!! #MississaugaOPP and #MiltonFireService heading to a grass fire #HWY401 WB near Guelph Line. These good citizens extinguished the fire to prevent further damage to the area. Well done. ^td pic.twitter.com/0uUpj8PBXq