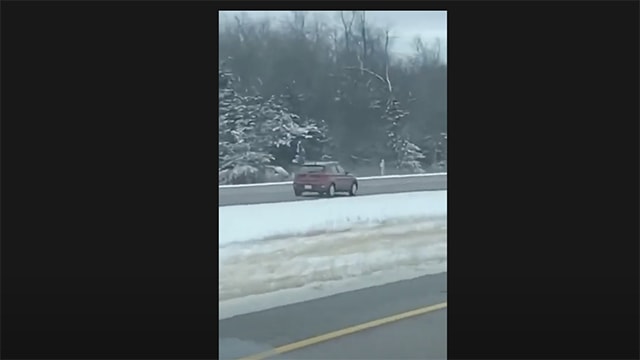 An elderly Mississauga resident is facing charges after allegedly driving the wrong way on the 401.

The Quinte West Detachment of the Ontario Provincial Police (OPP) said that at approximately 10:15 a.m. on Jan. 6, 2021, officers received multiple 911 calls about a vehicle driving the wrong way on the highway.

Police allege that the vehicle was travelling westbound in the eastbound lanes from Highway 37 in Belleville.

The OPP say that officers stopped the vehicle, which was travelling over 150 km/h, just west of County Road 40 in Trenton without incident.

There were no injuries and no damage to other vehicles.

A video of the incident, filmed by Shane Lowe and posted to YouTube by Tim Durkin, can be seen below.

Police say a 76-year-old Mississauga resident has been charged with stunt driving, speeding and careless driving. The accused’s driver’s license was suspended for seven days and the vehicle was impounded for seven days.