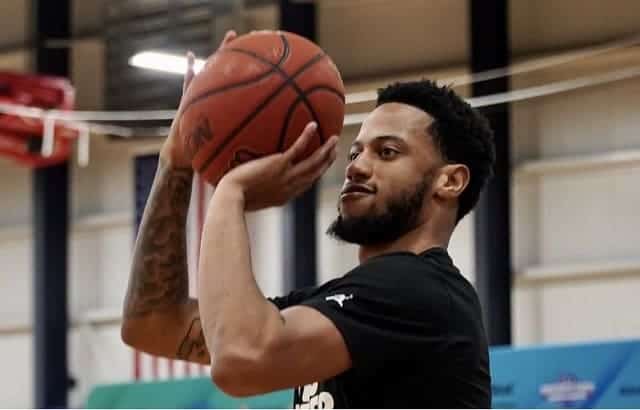 Jahvon Blair shot his shot — 18 times, officially — to win the three-point competition at an NBA pre-draft event on Thursday.

The 23-year-old guard from Brampton is one of 40 pro hoops draft hopefuls exhibiting their talents at the inaugural Tampa Bay Pro Combine in Wesley Chapel, Fla.. Blair, a lefthanded combo guard, declared for the NBA draft in April. He has been identified as a possible second-round selection in the two-round draft.

The six-foot-four, 190-pound Blair played four seasons of college basketball with the Georgetown Hoyas, where he was part of the first recruiting class of head coach Patrick Ewing, a legendary NBA big man with the New York Knicks in the late 1980s and ’90s. As a senior last season, he averaged 15.4 points and 3.6 rebounds per game, making 35 per cent of his threes. Due to the season being shortened by the COVID-19 pandemic, the National Collegiate Athletic Association granted players the option of an extra year of eligibility.

Players were selected to the Tampa Bay Pro Combine by two experts, ESPN’s Fran Frischilla and Matt Babcock of basketballnews.com.