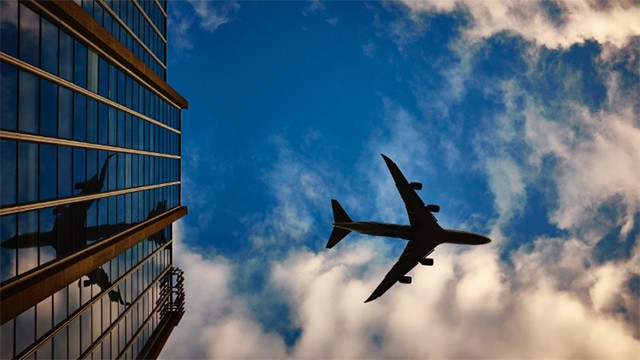 Inaugural flights -both departing from Hamilton to Abbotsford, B.C., and Halifax, respectively- took place on June 20.

“Our dedicated team of Swoopsters have worked tremendously hard to deliver exactly what we set out to,” said Swoop president and CEO Steven Greenway.

“Today marks an important milestone for Swoop, and is equally as meaningful for Canadian travellers.”

This means more options for Canadian travellers who head stateside, to cities such as Buffalo, N.Y., for cheaper flights.

New carriers such as Flair Air and Swoop are looking to buck the trend.

Swoop’s one-way flights to Edmonton from Halifax are listed at $109 while it’s $99 between Hamilton and Halifax. 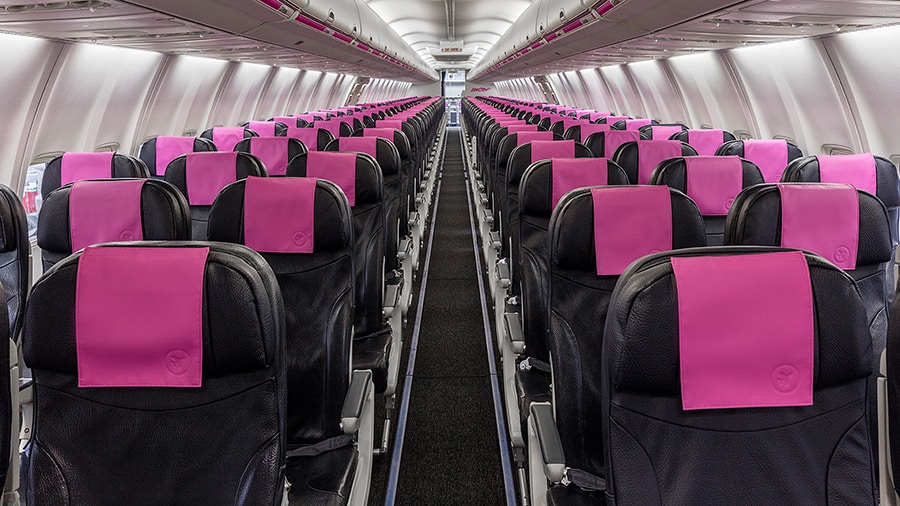 But there are extra costs and it has nothing to do with packing.

It’ll cost $15 to phone the call centre to book, while as carry-on luggage and checked bags start at $26.25.

“We’ll be progressively rolling out new routes and destinations in the coming months and years to come,” said Greenway.

Uniforms were unveiled last week — pilots won’t be sporting a hat or tie.

Employees will be wearing black, charcoal grey with magenta (or pink) accents. 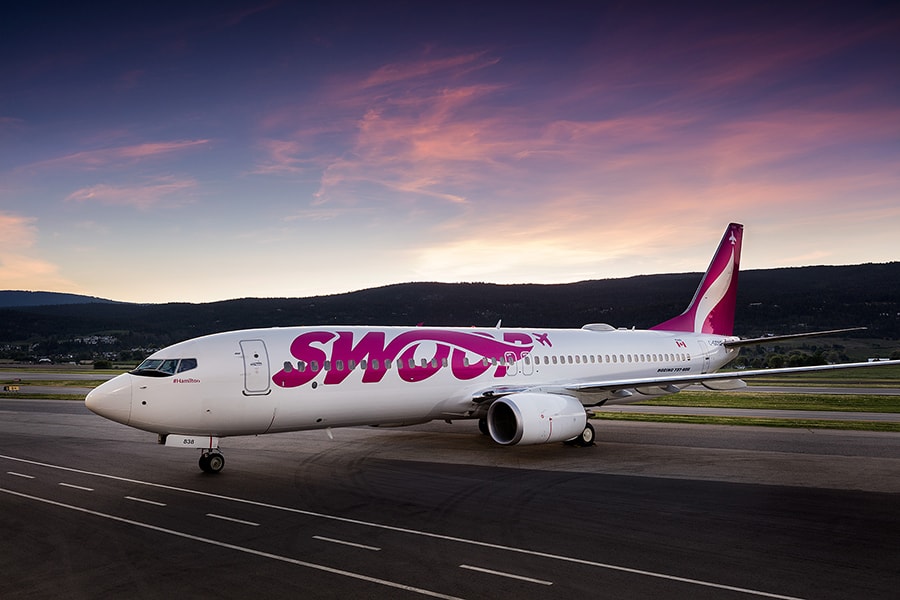 “By providing economical and efficient services at Hamilton International, we are a low-cost gateway and a perfect fit for Swoop as their base in eastern Canada,” said Puckering.

“We are very proud to have one of the first aircraft named Hamilton and to inaugurate Swoop’s first flight today. We look forward to a strong partnership celebrating many more milestones together.”