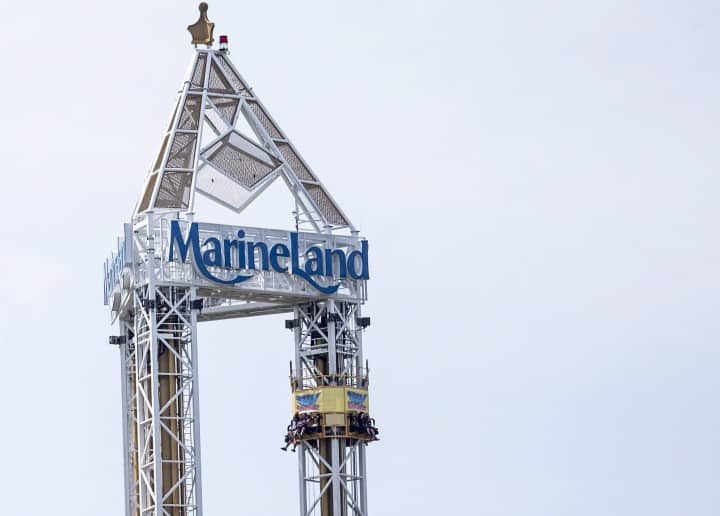 An aquarium in the U.S. has received federal approval to import five beluga whales from Marineland, but the move is still awaiting final approval from the Canadian government.

In a deal that’s been in the works for well over a year, Mystic Aquarium in Connecticut was granted import permits by the U.S. National Oceanic and Atmospheric Administration on Friday.

Marineland, in Niagara Falls, Ont., has received one Canadian federal permit under the Convention on International Trade in Endangered Species of Wild Fauna and Flora.

But a spokesman with Fisheries and Oceans Canada says the department has not issued a second required permit, which must be approved by the minister.

Mystic Aquarium will be prohibited from breeding the animals should the Canadian government approve the move.

Marineland says the sale is part of its “ongoing commitment to education, conservation and research.”

“The transfer is part of our 10-year research partnership with Mystic Aquarium to support scientific research that will enhance the health and well-being of threatened beluga populations in the wild,” the company said in a statement.

Exporting and importing captive whales is illegal in Canada under two new laws passed last year. But there are two exceptions: if it is in the best interest of the animals, or for research purposes. It is also illegal to breed whales in captivity.

The legislation also bans whale, dolphin and porpoise captivity, but Marineland was grandfathered in under those laws.

NOAA has also approved seven research studies on the belugas that include examining immune response to environmental or human stressors, hearing and physiological response to human-generated sounds and developing non-invasive techniques to use on free-ranging, stranded and endangered belugas.

“The landmark decision provides Mystic Aquarium’s world-class conservation research with the opportunity to expand critical knowledge that will help shape and inform management and recovery of wild beluga whales, including endangered and depleted populations,” Mystic Aquarium said in a statement.

NOAA, however, did not approve a study on behavioural and reproduction studies and banned breeding.

“The permit is conditioned to require Mystic Aquarium to submit a plan to provide safe and effective contraception or other means to prevent breeding of the five subject beluga whales,” the agency wrote.

It also prohibited the whales from being used in “public interactive programs” or to be trained to perform.

The five belugas were all born at Marineland from parents that were caught in the wild, most off the coast of eastern Russia.

“Available information suggests that for the captive-born whales proposed for import, all but one of their parents were collected from the Sea of Okhotsk between 2000 and 2008,” the NOAA wrote.

In a March 2019 affidavit, Marineland president Marie Holer wrote that the move was being done in part to increase space for its remaining whales. At that time, she said the facility had 54 belugas.

Marineland did not respond to questions about its current complement of belugas.

The five belugas will join three currently living at Mystic.

The two parks had also drawn up an agreement that would see them split ownership of calves born if breeding were allowed.

The public commenting period that is part of the U.S. importation process of live whales saw vociferous debate.

NOAA received more than 6,500 comments during that period, which also included a public hearing last November.

Animal advocates and many marine mammal scientists vehemently opposed the move, arguing the transfer itself would pose serious risks to the whales, and that the researchers could simply travel to Marineland to study the animals.

This article by The Canadian Press was first published Sept. 2, 2020.