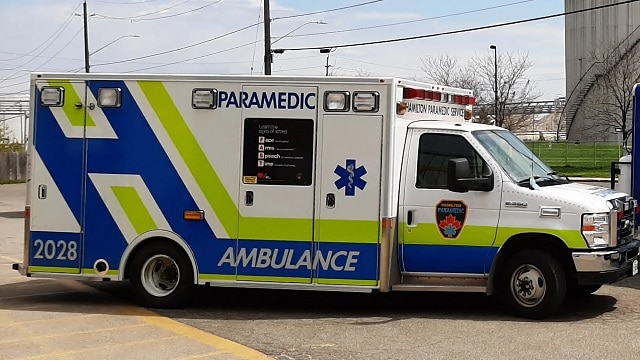 A 17-year-old boy’s condition has stablized after he was stabbed at a park in Hamilton on Tuesday as police search for a suspect .

On Tuesday (June 29), shortly after 3 p.m., Hamilton Police Service responded to reports of a stabbing that occurred in the area of Acadia Drive in Hamilton, near St. Jean de Brébeuf Catholic Secondary School. They located a male suffering from injuries believed to have been caused by an edged weapon. The 17-year-old was taken to hospital with serious injuries. His condition has since been upgraded to stable condition.

The stabbing victim is a St. Jean de Brébeuf student, according to multiple reports.

The attack is being investigated by the Mountain Division Criminal Investigations Branch. Police believe the incident was targeted, but there are currently no suspect descriptions. The suspect(s) fled the scene prior to police arrival.

Hamilton Police were called to a stabbing incident around 3:00p.m at Billy Shirring Park in #HamOnt.

One individual transported to hospital in critical condition.

Hamilton Police detectives continue to investigate a stabbing incident that occurred on the Hamilton Mountain.

Anyone who has information that could assist police with the investigation into this crime is asked to contact the Division 3 Patrol Staff Sergeant (905-546-3886) or the Mountain Division Criminal Investigation Branch (905-546-8965).

Information may also be provided anonymously through Crime Stoppers at 1-800-222-8477 (TIPS) or online at crimestoppershamilton.com.