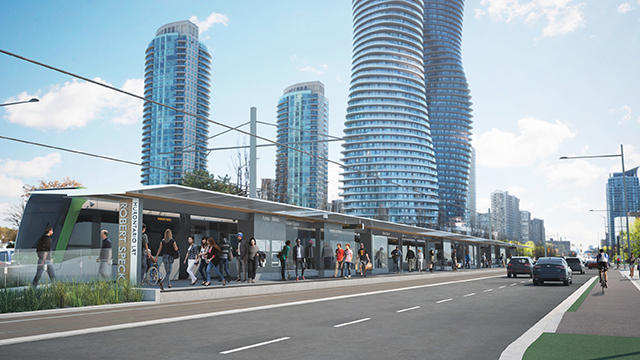 We are over the six month mark since construction activity started on Hurontario Street for the building of the Light Rail Transit system. At that time, Hurontario at Port Credit was whittled down to one lane going northbound, and construction had begun at Hurontario and John Street.

Now there are more construction updates from the Hurontario LRT team at Metrolinx, according to two recently posted tweets. The first update pertains to the existing construction activity near John Street. 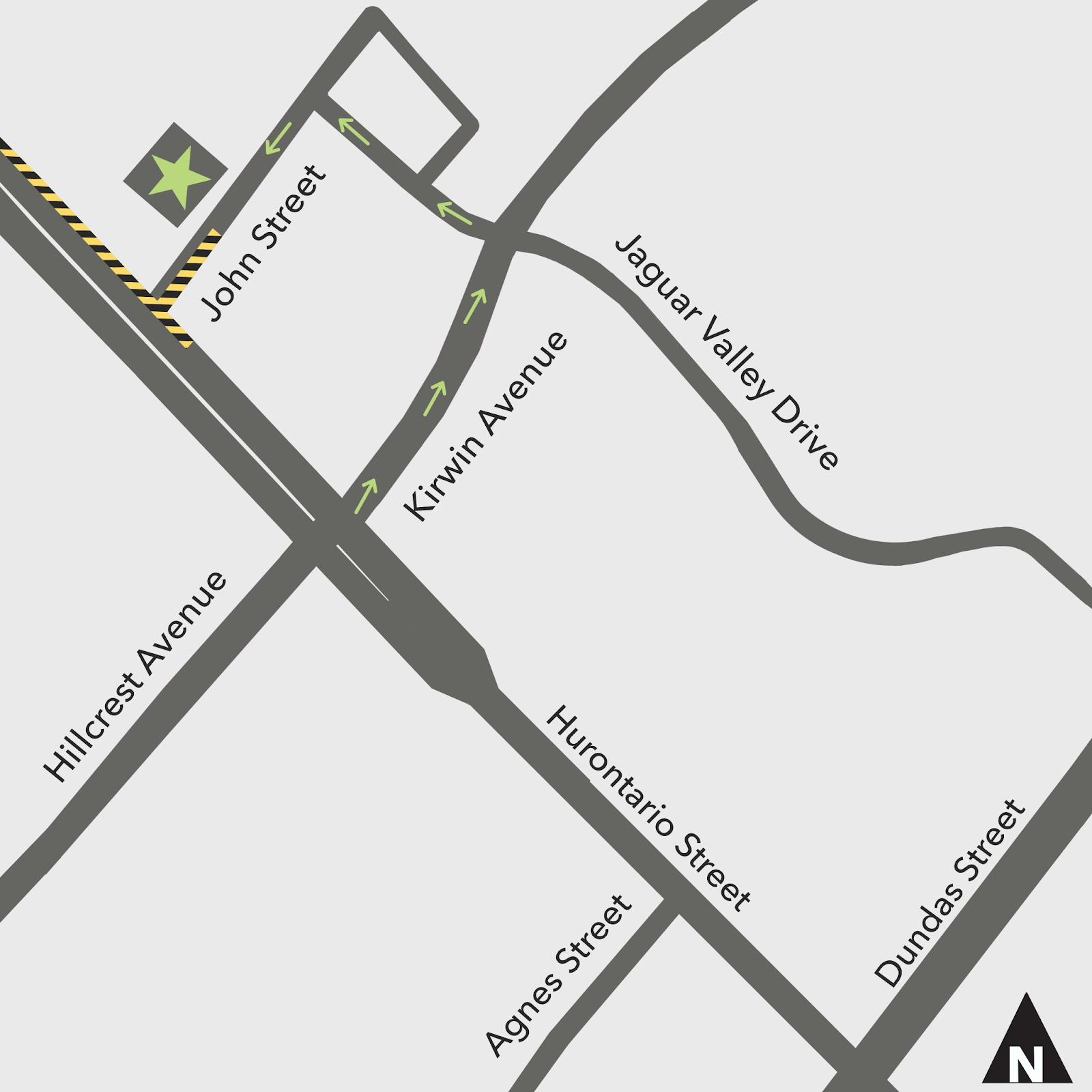 According to the Hurontario LRT team, Bell Canada crews continue to work along the east side of Hurontario between Fairview Road and Kirwin Avenue. As a result, John Street will be reduced to one lane, so during this time access to the small plaza (marked by a star on the above graphic) is available only through Kirwin and Jaguar Valley Drive.

Here is John Street intersecting with Hurontario. As you can see it has been restricted to one lane heading out back onto Hurontario. 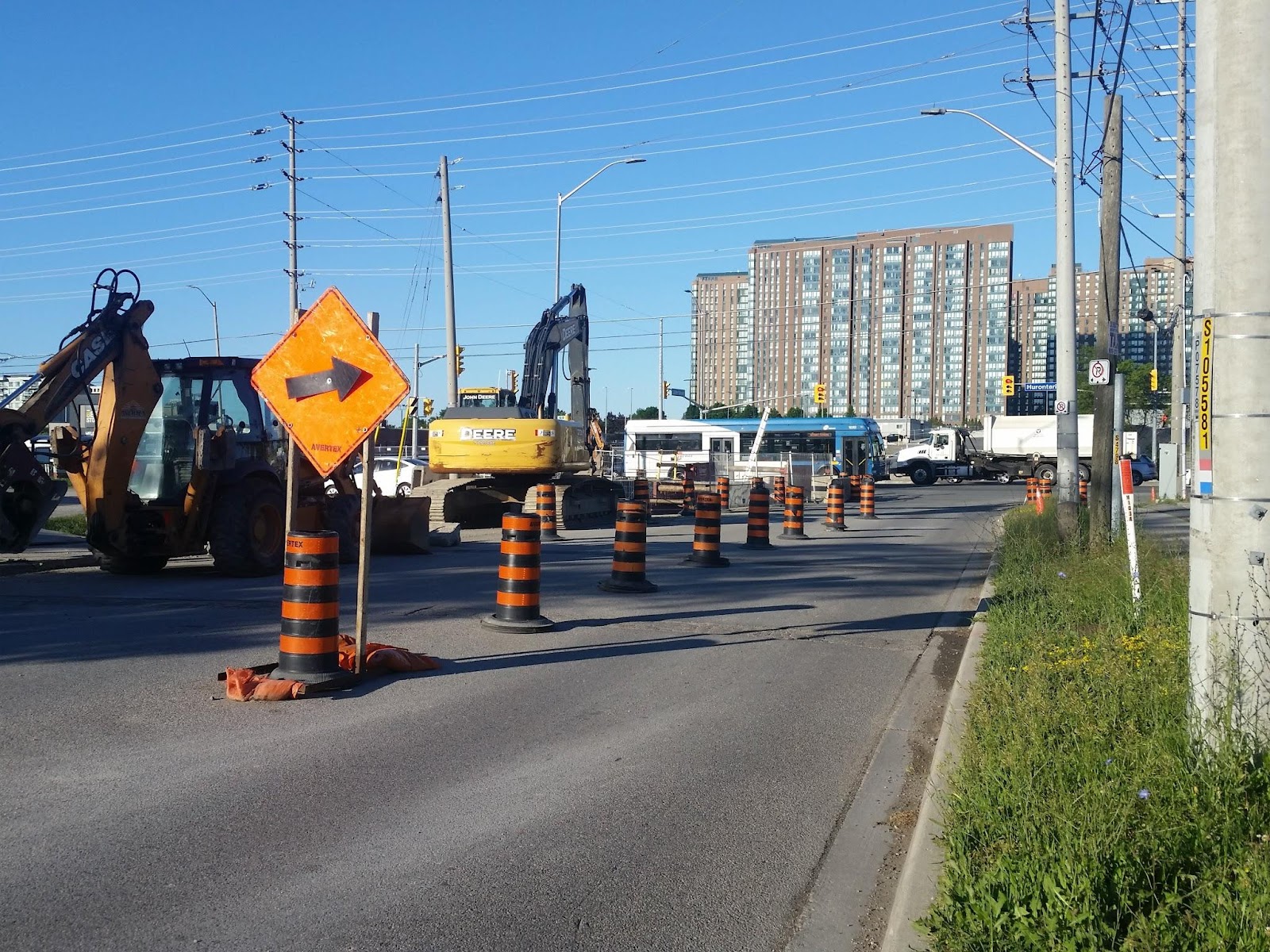 As for the activity on Hurontario Street with all this construction going on, it’s still the same as last reported:

The other area of construction related to the Hurontario LRT is happening closer to the industrial area of Mississauga, between Highway 401 and Derry Road.

According to this tweet, work has resumed along Hurontario at Longside Dr & Admiral Boulevard. Over the next 2 weeks the Enbridge Gas company will be moving a natural gas line to accommodate the LRT, so expect lane closures and traffic delays. 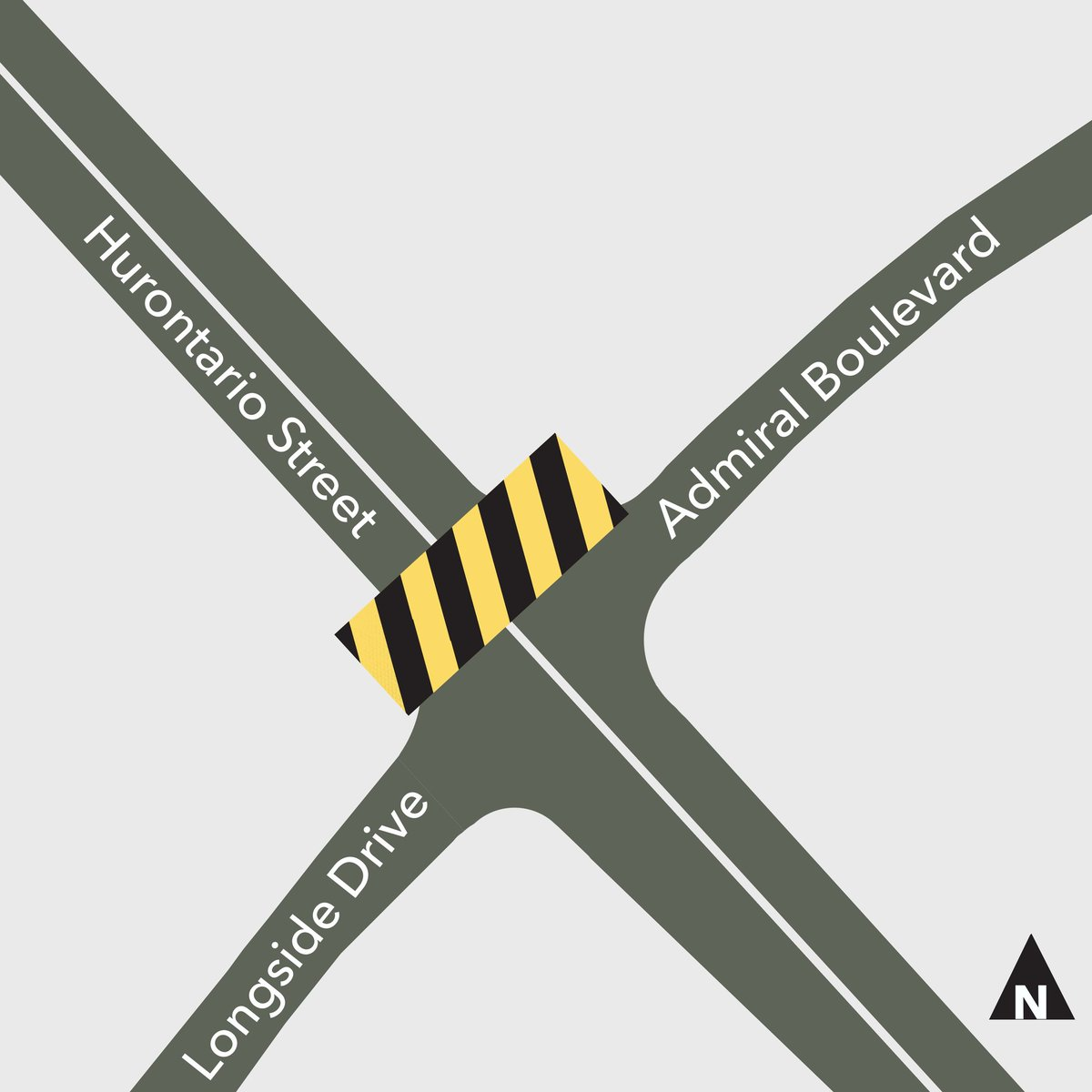 The work around Admiral began back in May, with lane reductions expected causing traffic delays, although access to surrounding properties will not be affected.

Heavy construction equipment has been set down for work to commence… 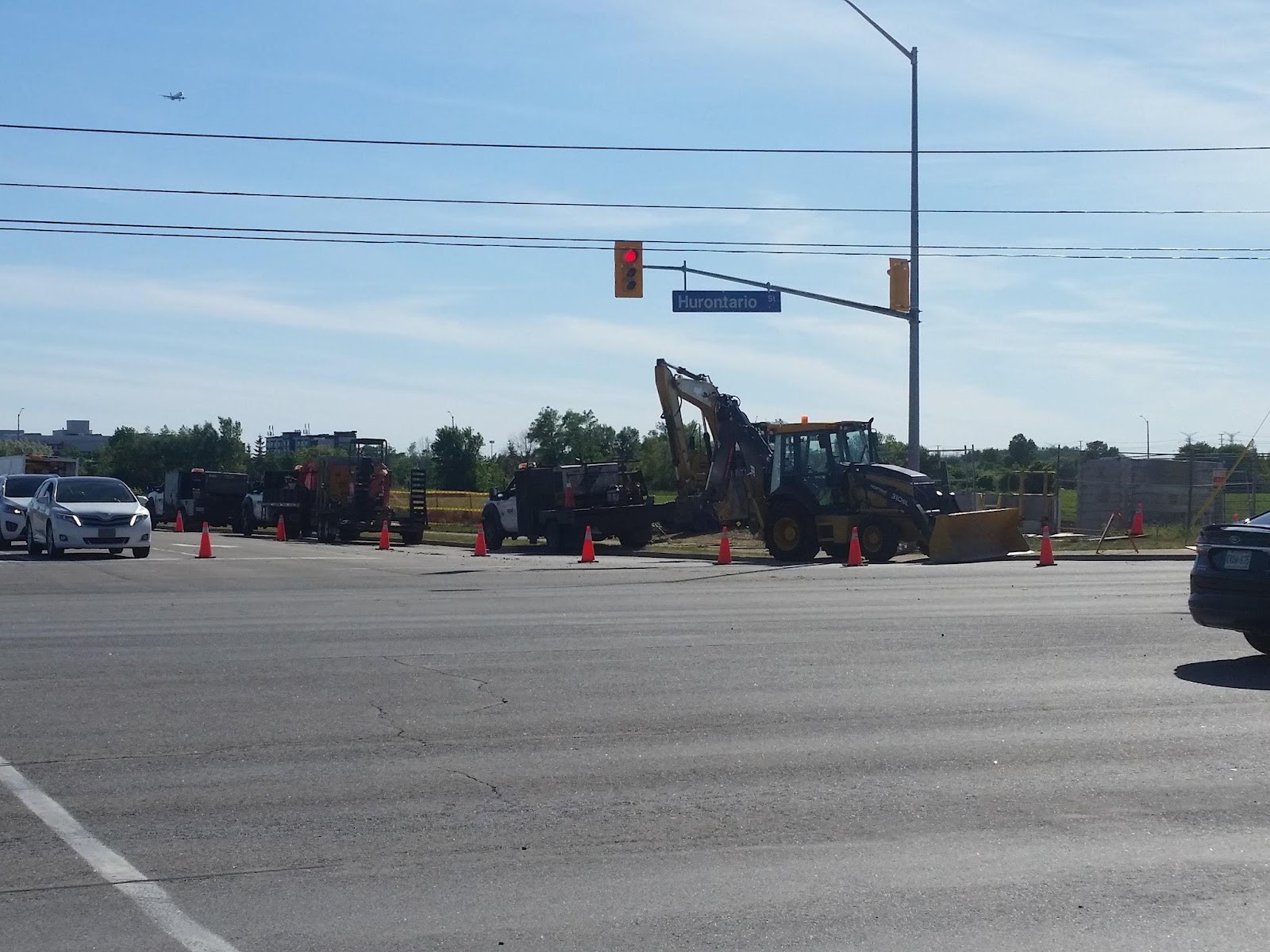 …which obviously is not going to alleviate the heavy, rush hour traffic any time soon (the following video was taken around 5:30 pm)

As for what relocating utility structures along the corridor looks like, here is one example of what they’re talking about: 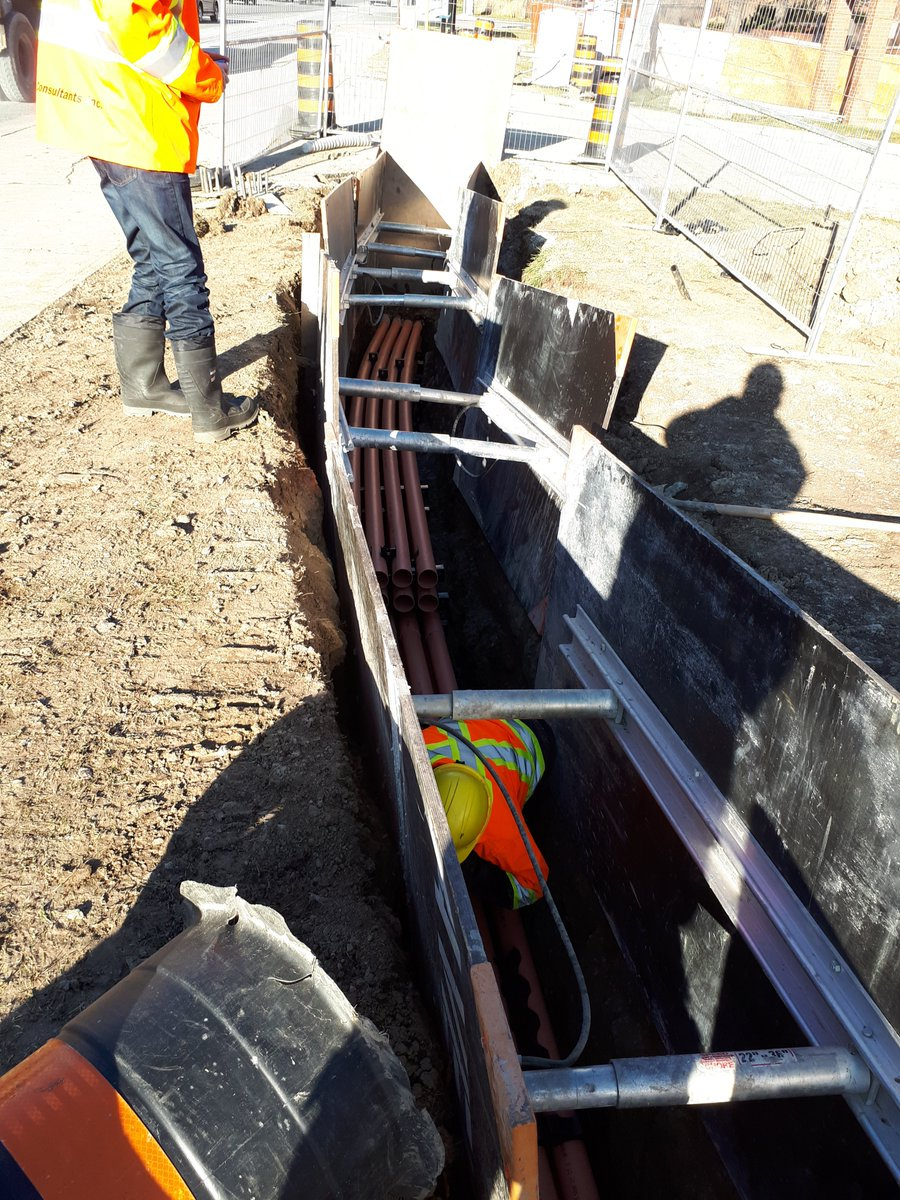 But while the growing pains of traffic congestion undoubtedly will be ever present, it’s important to know that for the first time, in a long time, Mississauga is building some higher order transit that will in the end serve many residents for generations to come.