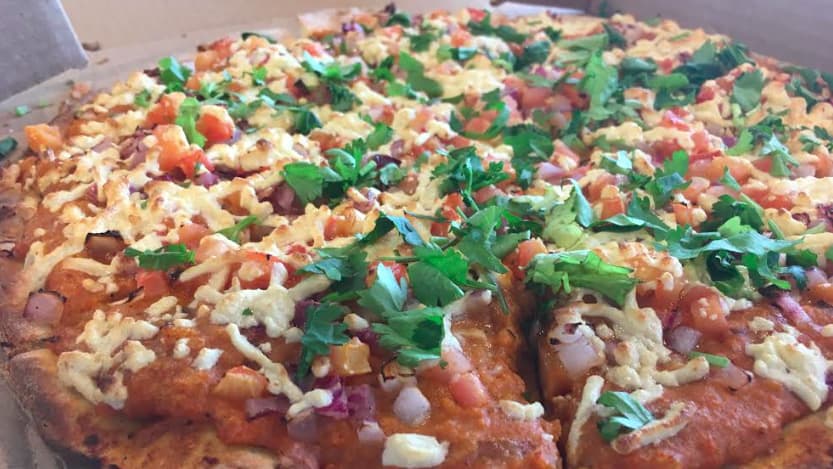 There’s pizza, burgers, nuggets, and you won’t need a nap when you’re done inhaling your meal.

Veggie Planet opened three months ago and is dishing out all sorts of vegetarian and vegan offerings on Davand Dr.

The Indian owners (Gujarati, to be exact) have created a new option for those on a plant-based diet who happen to be in the Malton area — (side note: can someone please pick a more central location, or open one in the city’s south end?! It’s worth the trek).

You’ll find it near Dixie and Derry roads in a plaza with a furniture store, hardwood carpeting, and mortgages – the location used to house a pizza joint – and the usual Pearson airport area offerings.

There’s a wide array of options: the most unique one is the Pav Bhaji pizza.

So instead of tomato sauce there’s a spiced mixed vegetable base (similar to mashed potatoes in terms of texture), topped with ginger, garlic, green chili, Daiya cheese, onion, and coriander. 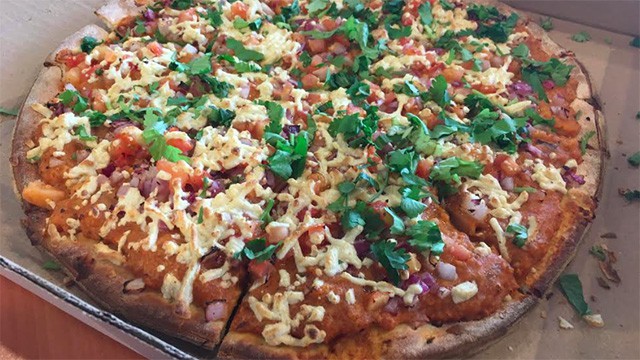 A more familiar bet would be the Kawa Nuggets, which are specially made soy nuggets, fried and served with a sweet chili sauce. 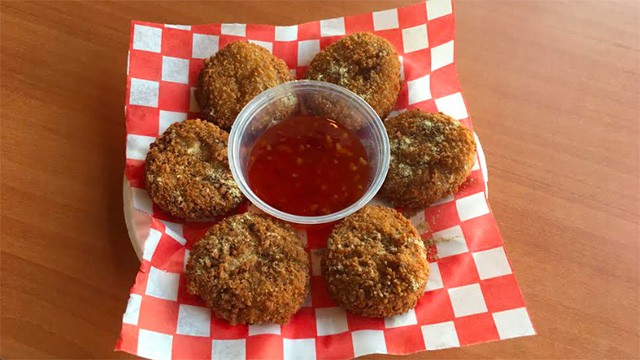 The BBQ Nuggets are a fun, creative option with diced nuggets in a sweet and sour sauce, pineapple chunks, Daiya cheese, and crunchy snacks. 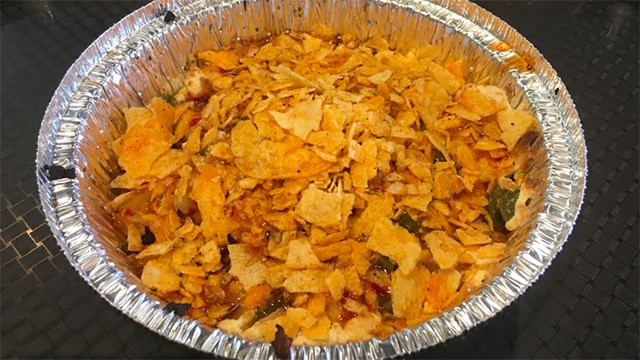 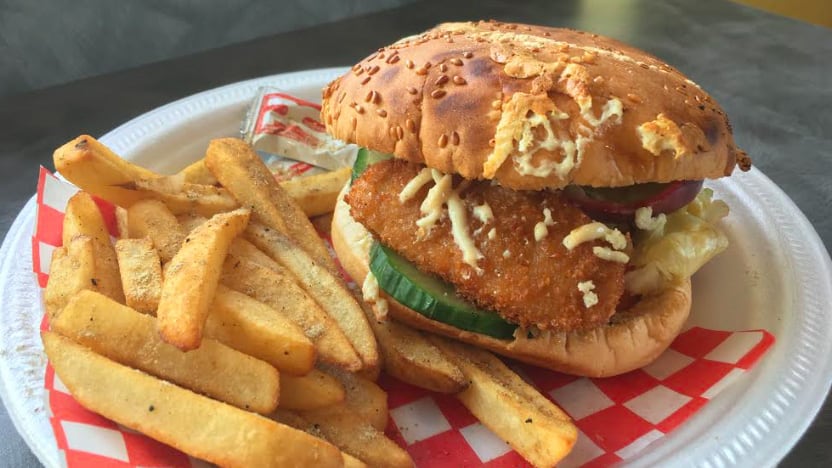 Drinks include Masala Soda – which may immediately transport you to the sweltering, chaotic streets of Mumbai – plus vegan coffee and chai.

Jain, Swaminarayan, and vegan offerings are clearly marked on the wall-sized menu.

I’m Indian and therefore must address cost … prices are affordable: a medium pizza starts at $8.99, while Planet Specials – including nuggets – typically go for $6.49.

Indian Tadka dishes, such as Dahivada (deep-fried spiced lentil donuts soaked in yogurt), Dahi Sev Puri (puffed puris topped with potatoes, chutneys, and sev), and Dabeli (boiled and spiced potatoes stuffed in a bun, topped with roasted peanuts and sev) are listed at $2.99.

There’s room to dine in.

Overall, Veggie Planet is a solid choice if you’re into Indian cuisine minus the meat and dairy.

It’s also a great low-key place to take your cute little brown mother when she needs a break from the kitchen.