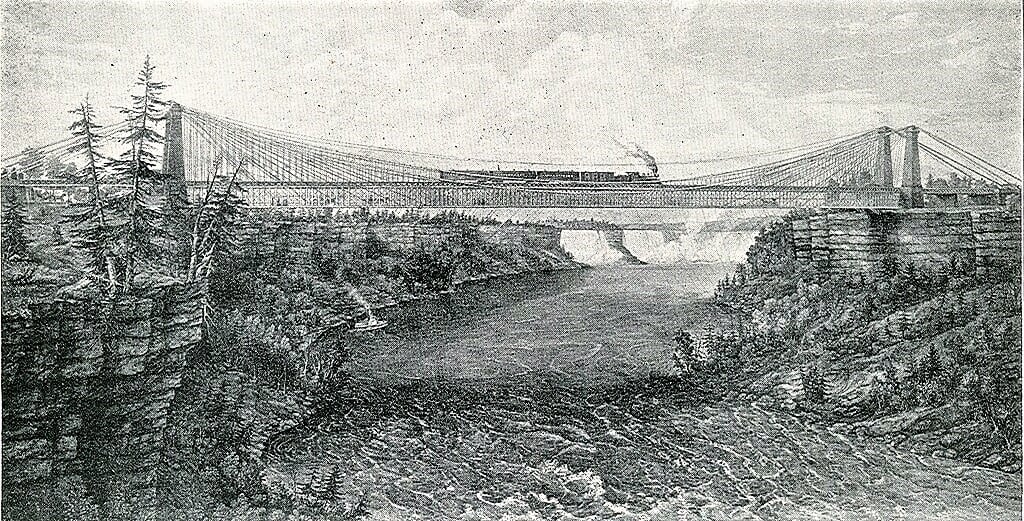 A view of John A. Roebling’s suspension bridge, with Niagara Falls in the background, circa 1856. (Artist unknown)

The fact that the slave freedom movement from the north-east United States to Canada – mostly through Niagara Region – was called the “Underground Railroad” is metaphorical in nature.

The slave never travelled underground or on a railroad. They, instead, traveled through safe homes, barns, churches, and businesses on their way here, many times on foot and eventually on boats across the Niagara River.

The terms “passengers,” “cargo,” “package” and “freight” referred to escaped slaves. Passengers were delivered to “stations” or “depots,” which were safe houses. These places of temporary refuge could sometimes be identified by lit candles in windows or by strategically placed lanterns in the front yard.

However, it does turn out that an actual railway was used in the transport of some into Niagara back in the 1850-1860 era.

When freedom fighter Harriet Tubman, well-known for her eventual St. Catharines days and time on North St., was smuggling the black refugees into Canada, a handful of trips were in a train-car across a suspension bridge located at Niagara Falls.

At that time, there were several suspension bridges between Canada and the United States – one below the Niagara Escarpment at Lewiston, the second at the falls and the third north of the falls at a location known as “Falls View.”

The first suspension bridge to span the river at Niagara Falls was completed in 1848 by engineer Charles Ellet. But it was believed to be the second version built by John A. Roebling, who used Ellet’s bridge as a platform to facilitate construction of the first railroad suspension bridge in the world.

Completed in 1855, trains used the upper deck while the lower level was used by pedestrians and horse-and-buggy travellers, considered one of the most remarkable engineering achievements of mid-19th century America.

Crossing the Niagara River into Canada gained enslaved African-Americans their freedom. Once they “shook the lion’s paw,” a reference to the symbol of Great Britain, they were slaves no more. While which crossing was used by the Underground Railroad has been the subject of debate for well over a century, one account leaves little doubt it was the double-decker suspension bridge at Niagara Falls.

The story of slave Joe Bailey’s 1856 bridge crossing with Harriet Tubman records that: “The cars began to cross the bridge. Harriet was very anxious to have her companions see the Falls.… ‘Joe, come look at the Falls! Joe, you fool you, come see the Falls! It’s your last chance.’

But Bailey never raised his head, fearful that if he looked, he would somehow get caught. Tubman, of course, knew by the rise in the center of the bridge, and the descent on the other side, that they had crossed the border line to freedom.

In fact, Tubman and the fugitives she assisted were never captured. Years later, she told an audience: “I was conductor of the Underground Railroad for eight years, and I can say what most conductors can’t say – I never ran my train off the track and I never lost a passenger.” 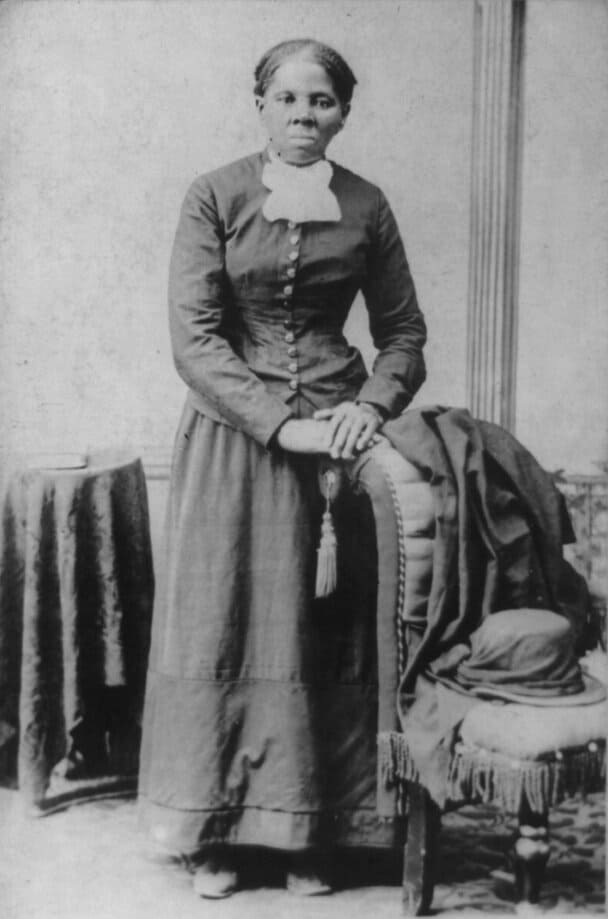 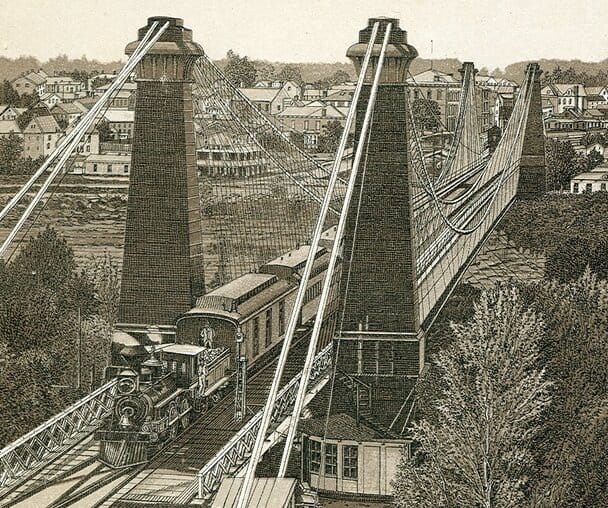 Renowned freedom fighter Harriet Tubman, left, and a better look at the two level suspension bridge at Niagara Falls that serviced a train on the top level and horse and carriage-pedestrian traffic on the bottom.