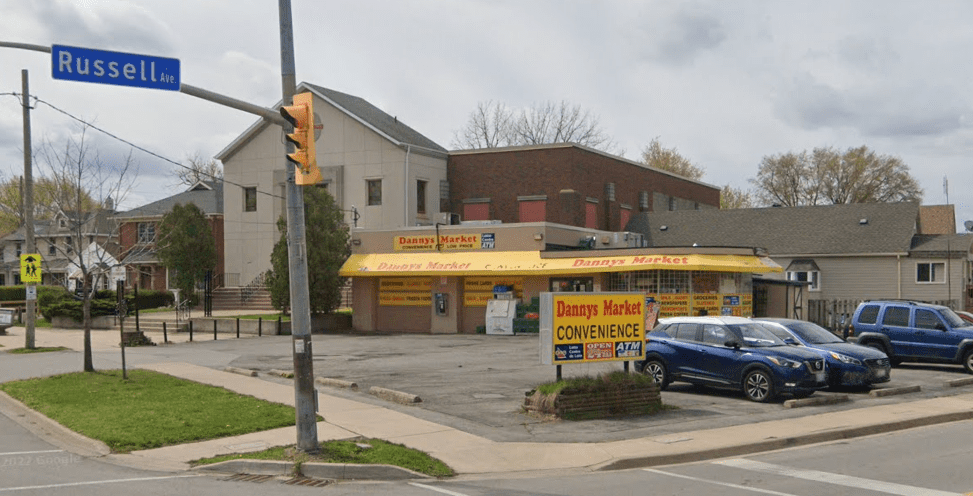 Convenience store at the intersection of Lake Street and Russell Avenue in St. Catharines.

Niagara Regional Police first responded to the robbery on June 16 shortly after 2:30 p.m. near the intersection of Lake St. and Russell Ave.

An initial investigation determined that suspect one entered the store while suspect two stayed outside to keep watch. Suspect one proceeded to take goods from the shelf until a store employee noticed what he was doing.

When the employee physically tried to stop suspect one from taking things, suspect two entered the store and a struggle broke out.

Suspect one and suspect two together were able to overtake the store employee and fled on bicycles.

1 District detectives have taken charge of the investigation and recently acquired video surveillance footage of the suspects.

Suspect one is described as a white male, 18-25 years old, 5’9”, 170 lbs with short dark hair. He was wearing an orange Timberland t-shirt, black shorts, and black and white patterned sneakers. He was riding a black road bike. 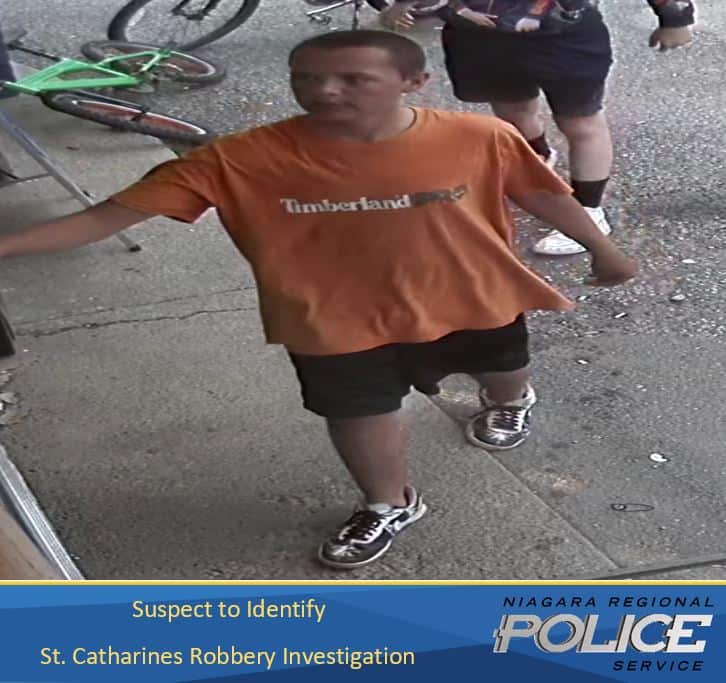 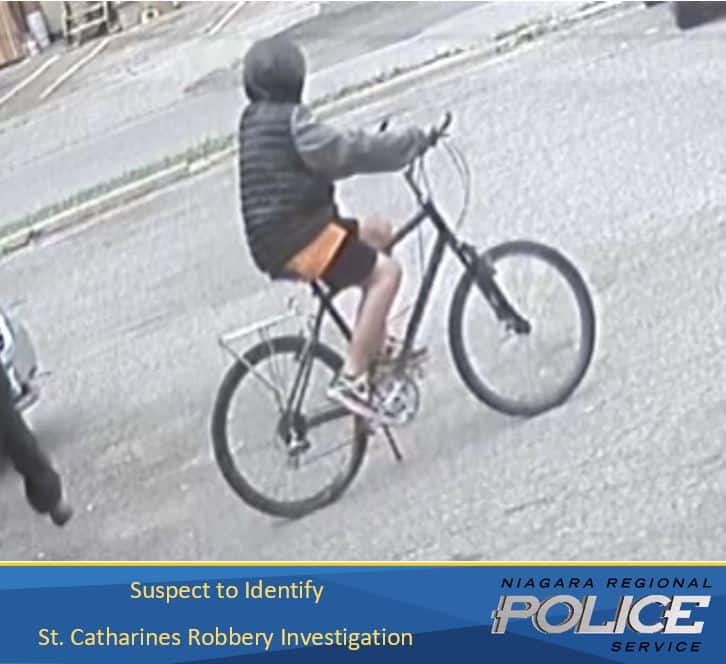 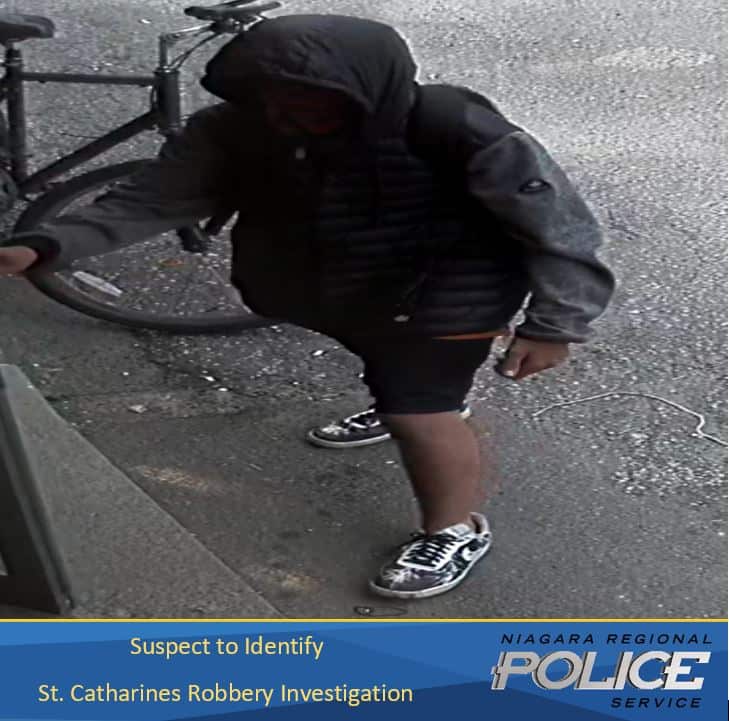 Suspect two is described as a white male, 18-25 years old, 6’1”, 160 lbs with medium length, curly black hair. He was wearing a hooded sweatshirt with images of Donald Trump and Kim Jong-un on it, black shorts, and white sneakers. He was riding a green BMX bike. 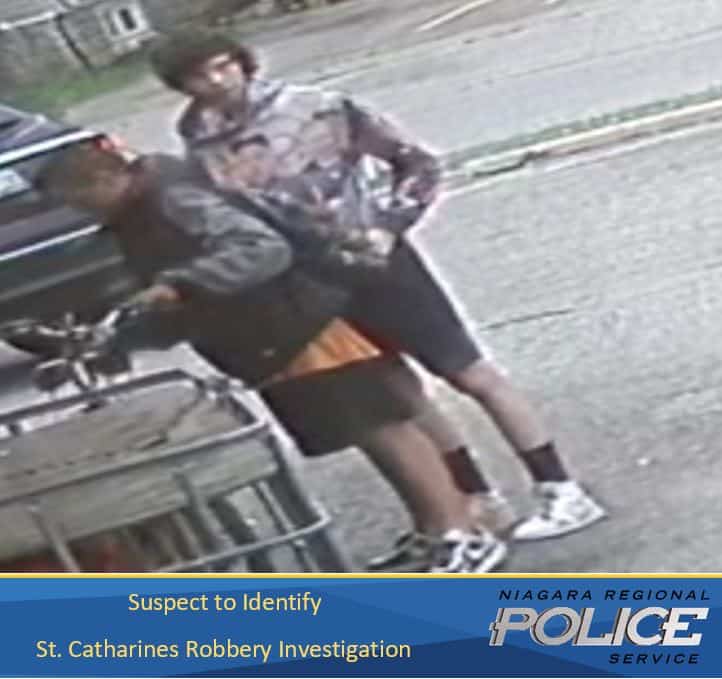 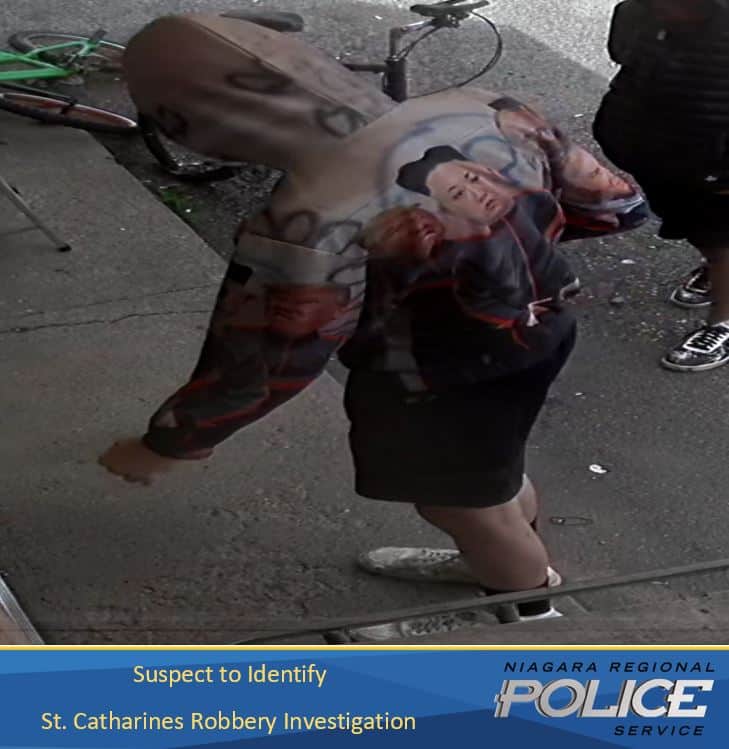 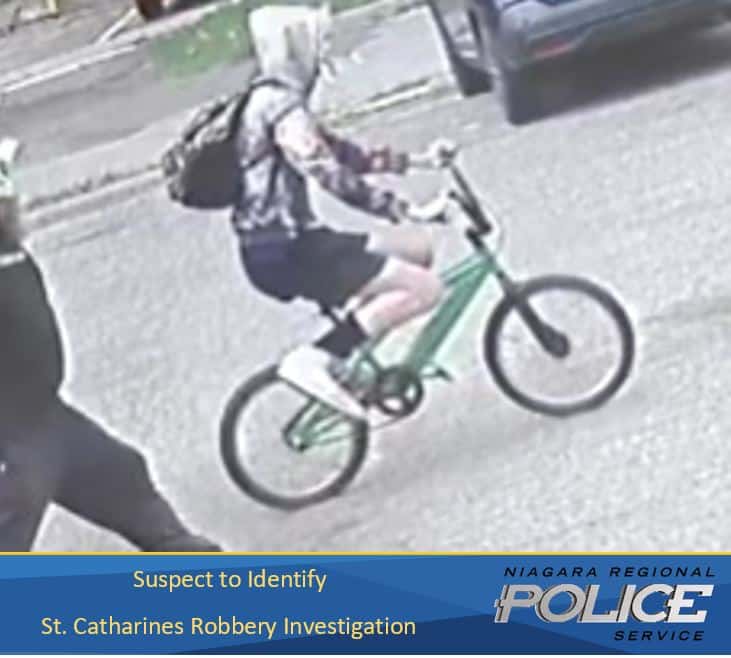