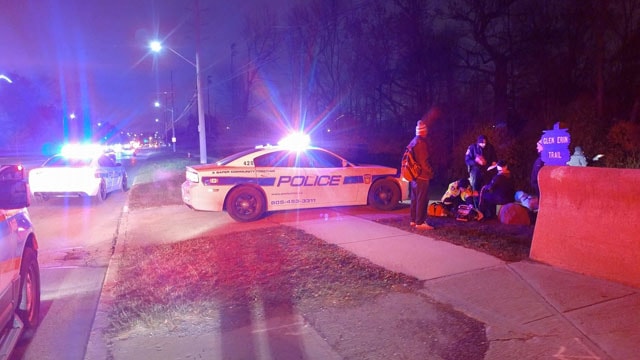 Around 5:47 p.m., police were called to investigate reports of a robbery in the South Common Centre area at Burnhamthorpe and Glen Erin Drive.

According to police, a male victim was reportedly jumped by two people and robbed. He sustained minor injuries during the incident and has since been taken to local hospital.

Police say that eight to 10 individuals may have been involved.

Around 5:58 p.m., police received another report of a robbery in the same geographic area. Two male victims were reportedly robbed in a skate park in the area, but fortunately no injuries were reported.

It’s possible that up to 10-15 individuals were involved in the second incident.

Police say the suspects were last seen wearing dark clothing. They had their faces covered during both reported robberies.

Police are currently investigating and are in the area with K9 units.

It is possible the incidents are linked, although a connection cannot be confirmed at this time.